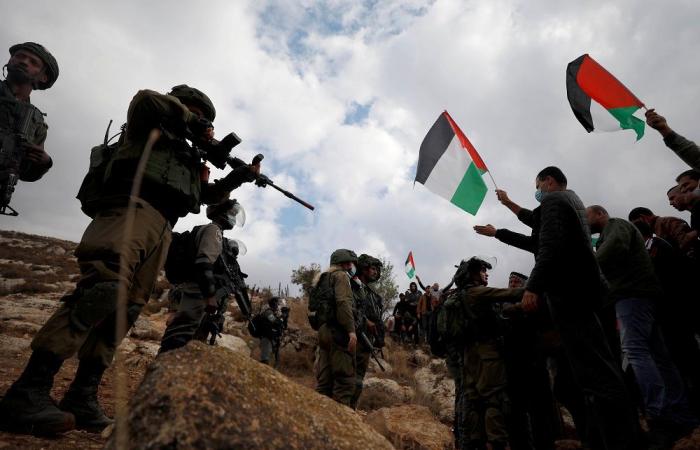 “Prime Minister Benjamin Netanyahu has directed that plans be advanced for the construction of about 800 units in Judea and Samaria,” a statement from the premier’s office said, using biblical terms for the West Bank.

President-elect Joe Biden, who will be sworn in next week, has indicated that his administration will restore US policy opposing settlement expansion in the occupied Palestinian Territories.

Trump’s administration gave unprecedented US support to settler groups, highlighted by a declaration from Secretary of State Mike Pompeo in 2019 that Washington no longer viewed settlements as being in violation of international law.

Pompeo in November also became the first top US diplomat to visit a settlement in the West Bank, which Israel has occupied since the 1967 Six-Day War.

A series of recent of polls indicate the veteran prime minister is facing a strong right-wing challenge from pro-settler candidate Gideon Saar, who defected from Netanyahu’s Likud party last month to run against the premier.

Netanyahu is widely expected to make a series of plays for right-wing votes, including by bolstering his pro-settlement credentials, before the vote, according to Israeli political analysts.

The statement from Netanyahu’s office said that 100 of the new units were to be built in the Tal Menashe settlement, where French-Israeli Esther Horgen was murdered last month.

Israel’s security services have said the settler was murdered by Palestinian Mohammed Cabha, claiming he had political motives for her killing related to the occupation.

Netanyahu’s order to advance settlement construction is not final, with the process having to clear several bureaucratic phases and possible legal challenges from anti-occupation groups before any construction begins.

There are currently some 450,000 Jewish settlers in the West Bank, living amid an estimated 2.8 million Palestinians.

All Jewish settlements in the West Bank are regarded as illegal by much of the international community. — AFP

These were the details of the news Netanyahu orders new Israeli settlement in West Bank for this day. We hope that we have succeeded by giving you the full details and information. To follow all our news, you can subscribe to the alerts system or to one of our different systems to provide you with all that is new.