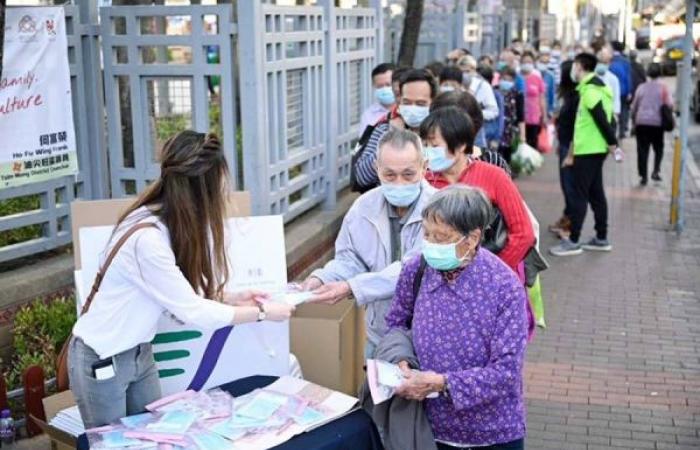 The outbreak focused on the Hebei cities of Shijiazhuang and Xingtai is one of China’s most serious in recent months. It comes amid measures to curb the further spread during next month’s Lunar New Year holiday.

Authorities have called on citizens not to travel, ordered schools closed a week early, and conducted testing on a massive scale.

The National Health Commission said Monday that another 82 people had tested positive in Hebei and were showing symptoms.

Around the country, another 36 people had tested positive without displaying symptoms, although it wasn’t immediately clear how many of those were in Hebei.

Housing compounds in the district were requiring proof of a recent negative coronavirus test from anyone wishing to enter.

China’s has now recorded 87,536 total cases with 4,634 deaths. Hospitals were treating 673 people for COVID-19 while 506 people were in isolation and under observation after testing positive without showing symptoms.

The Hebei outbreak has raised particular concern because of the province’s proximity to the nation’s capital.

Parts of the province are under lockdown and interprovincial travel has been largely cut off, with those entering Beijing to work having to show proof of employment and a clean bill of health.

Hebei has recorded 265 confirmed cases and at least 181 asymptomatic cases over the last eight days. China does not include those who test positive but do not show symptoms in its official case count.

Both Shijiazhuang and Xingtai have ordered millions tested, suspended public transportation, and restricted residents to their communities or villages for one week.

China said Monday that a group of experts from the World Health Organization are due to arrive this week for an investigation into the origins of the coronavirus pandemic.

A one-sentence announcement from the National Health Commission said the experts would arrive on Thursday and meet with Chinese counterparts, but it gave no other details.

It wasn’t immediately clear whether they would be traveling to the central Chinese city of Wuhan, where the coronavirus was first detected in late 2019.

Negotiations for the visit have long been under way. WHO Director-General Tedros Adhanom Ghebreyesus expressed disappointment last week over delays, saying that members of the international scientific team departing from their home countries had already started on their trip as part of an arrangement between the WHO and the Chinese government.

China's government has strictly controlled all research at home into the origins of the virus, an Associated Press investigation found, and state-owned media have played up reports that suggest the virus could have originated elsewhere. — Euronews

These were the details of the news China's Hebei province scrambles to contain new COVID-19 outbreak for this day. We hope that we have succeeded by giving you the full details and information. To follow all our news, you can subscribe to the alerts system or to one of our different systems to provide you with all that is new.