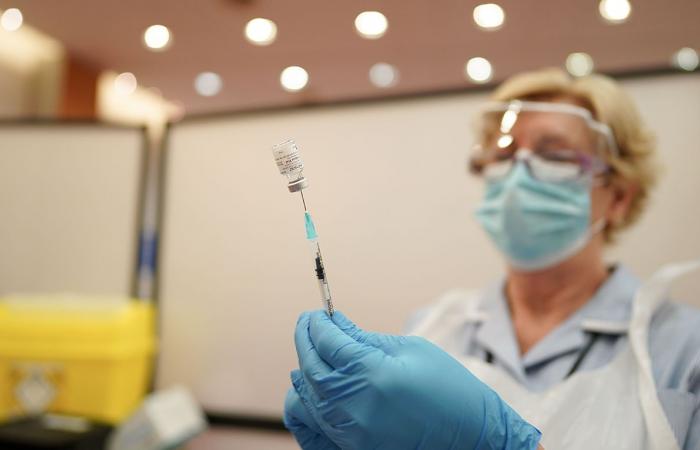 Thank you for reading the news about UK virus variant ‘extremely unlikely’ to evade vaccines: Scientists and now with the details

The findings suggest that only 0.5 percent of people are at risk of reduced protection against mutations present in the new form of the virus.

Scientists say the study has allayed fears that vaccines being distributed worldwide might be ineffective against the new variant.

Akiko Iwasaki, a professor of immunobiology at Yale University in the US, said: “The variant is unlikely to escape recognition by antibodies generated by prior infection or vaccines.”

Iwasaki, who worked with a team at US biotechnology company Serimmune, collected 579 antibodies from coronavirus patients and examined which continuous strands of virus protein they targeted.

The majority attacked the same center of the virus, meaning antibody defenses will not be weakened as new mutations are contained elsewhere in the virus.

Although the study is awaiting peer review, Iwasaki’s team found that only 0.3 percent of those studied had antibodies that were less likely to attack the defenses of the new coronavirus variant.

“I believe it is important to give the first shots to as many people as possible, given the emergence of several more contagious variants on the rise,” said Iwasaki.

“The second dose should be given, when available, as close to the recommended original schedule as possible, but a slight delay is not expected to significantly reduce the efficacy,” she added.

“People should wear masks and stay away from crowded indoor gatherings, even after getting the vaccines.”

Danny Altmann, a professor of immunology at Imperial College London, said the study “should comfort people” who are worried that the new variants found in the UK and South Africa could be resistant to vaccines. The findings suggest that most people’s antibodies will neutralize either variant, he added.

These were the details of the news UK virus variant ‘extremely unlikely’ to evade vaccines: Scientists for this day. We hope that we have succeeded by giving you the full details and information. To follow all our news, you can subscribe to the alerts system or to one of our different systems to provide you with all that is new.