“A Change Is Gonna Come”, the call for the emancipation of black Americans that has stood the test of time 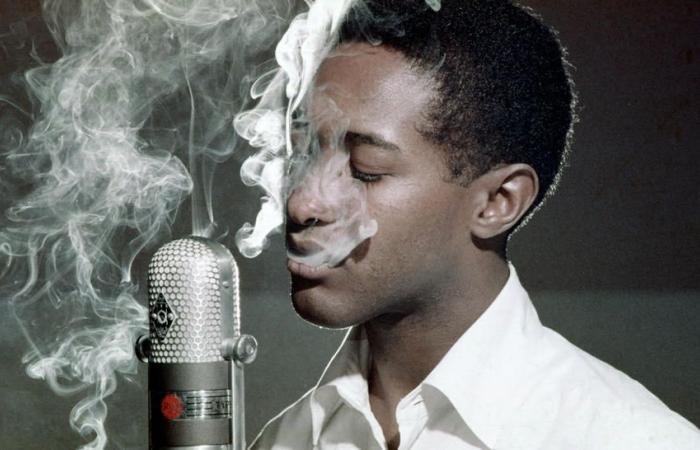 Created by Sam Cooke in 1964 in resonance with the fight for civil rights, this cry of the heart full of hope never fulfilled has become a great soul hymn, whose versions are endless, from Otis Redding to jazzman Bill Frisell .

« It’s been a long time comin’ / But I know a change is gonna come », sang Sam Cooke in 1964, a few months before he was murdered in troubled circumstances. As a new year begins, this expectation, this hope seems to have regained all their urgency. Not only because everyone would like not to relive anything from the past few months but, more generally, because profound changes seem necessary to stop the mechanisms of control and exclusion of Western societies. More than ever, the call for a change in A Change Is Gonna Come must be heard, whichever version is preferred.

It’s all about injustice in A Change Is Gonna Come. Influenced by the protest writing of Bob Dylan, Sam Cooke sees his text as a denunciation of the condition of blacks in the United States. Sliding on celestial ropes, the singer evokes with the greatest fervor their uprooting, the rejection of which they are victims, their metaphysical anguish and the infinite loneliness which results from all these evils. The only hope – and a direct allusion to the civil rights movement – is change, which each end of the chorus affirms is underway. A glimmer that will be quickly stifled: a few months after recording this title, Sam Cooke is shot, at 33, by a hotelier with an easy trigger. Did the soulman sin out of optimism in believing the change had started? In any case, conservative America will not be long in letting it know what place it assigns to those who rise up against it: a small square of green meadow, in the cemetery.

“A change is gonna come”, the anthem of the struggle of black Americans Black music stories # 6 Laurent Rigoulet

Otis Redding worshiped Sam Cooke. Also, a few months after his tragic death, he recorded, for the album Otis Blue, three of his songs, Shake, Wonderful World and A Change Is Gonna Come, all destined to become personal classics (which is clear proof of his genius as an interpreter). If his version is at least as famous as that of Cooke, it is because Otis is betting on a very different look. Exit the violins and the great moan that descended from the heavens, with Booker T. & the MG’s, the sound is much more earthy and carnal. In opening, the brass mimic a ringing to the dead, but without supporting the pathos, like an accompaniment which, until the end, will remain of great dignity. The rest is pure Otis, the voice that starts from the guts, the notes retained more than reason, then the emotion that rises until really released in the final crescendo.

Go after Sam Cooke, Otis Redding, Jerry Butler and Aretha Franklin (whose covers are also recommended)? Only one could not fear him, Solomon Burke, the king himself. If we must forget the recording of 1986 and its awful synths, that of 1969, made during the Proud Mary (it appears only in the CD edition entitled Proud Mary The Bell Sessions) holds great art. Character « bigger than life » whose multiple capitalist and religious activities will always elude a non-American mind, Burke was not tricking anyone as soon as he grabbed a microphone. His version, alas too short, mixes an organ and a gospel choir with a country-rock rhythm close to those then loved by Aretha Franklin or the Rolling Stones – as for the swing that Burke injects into his “ lon-on-on-ong », It belongs only to him.

Baby Huey participated in the development of a single album, but what an album! Recorded in 1970 for Curtom Records, the label founded by Curtis Mayfield, The Baby Huey Story : The Living Legend is a concentrate of soul, rock and psychedelia as swift and powerful as a Joe Frazier punch. Alongside very aggressive takeovers of Hard Times and Running, two titles from Mayfield, slip the nine minutes of a A Change Is Going To Come painful, punctuated by cries, echoes and a sermon during which Baby Huey invites young people not to hang out in the street and to turn their backs on the dealers. These freedoms taken with Cooke’s model stick to new realities: at the end of the 1960s, heroin trafficking continued to conquer new territories in the black ghettos, leading to a rise in gangsterism. But like Sam Cooke and Otis Redding, Baby Huey will see nothing of the change he calls for: he dies of an overdose, at age 26, before even having been able to celebrate the release of his only record.

Sign of the times, there are more versions of Sam Cooke’s standard during the 2000s and 2010s than in the 1960s and 1970s of the previous century. We can see there the traces of a nostalgia, of an exhaustion of creativity. Or, to think that the spirituality which permeated the great titles of soul was linked to an era and to recording and broadcasting techniques today considered obsolete – with the globalization of the market and its surface “dematerialization”, we may well ask Jacques Chancel’s famous question: “What about God in all of this?” In any case, the need for the soul remains and it is perhaps primarily musical. In all simplicity, Bill Frisell will come back, in 2008 and then in 2017, obviously: if Sam Cooke’s message resonated with so much force, it is also that the melody of A Change Is Gonna Come was magnificent.

These were the details of the news “A Change Is Gonna Come”, the call for the emancipation of black Americans that has stood the test of time for this day. We hope that we have succeeded by giving you the full details and information. To follow all our news, you can subscribe to the alerts system or to one of our different systems to provide you with all that is new.