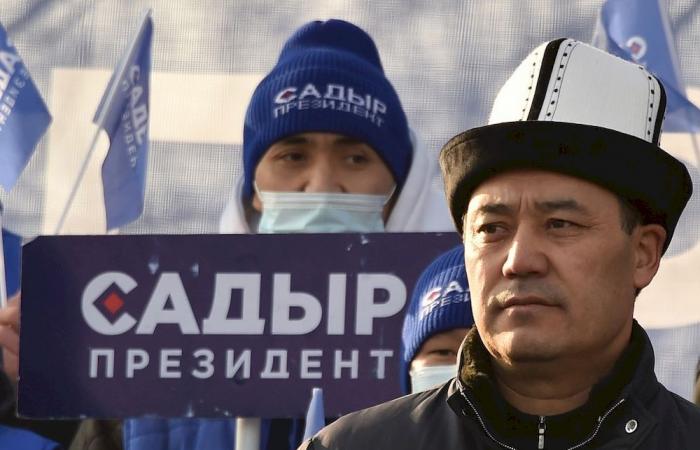 BISHKEK (Kyrgyzstan), Jan 10 — Kyrgyzstan today holds its first elections since a recent political crisis embroiled the ex-Soviet country and saw a populist freed from jail who is now tipped to top the ballot.

Sadyr Japarov’s journey from prison to presidential frontrunner is an example of the dramatic changes in political fortunes in the Central Asian country that is both more unpredictable and pluralistic than its authoritarian neighbours.

But critics of combative Japarov, who became acting leader during the October unrest, fear his victory could tip Kyrgyzstan towards the strongman rule dominant in the ex-Soviet region.

In the capital Bishkek, where cold winters usher in a thick blanket of smog courtesy of polluting heating systems and ageing transport, many voters said they intended to back Japarov at the ballot box.

“Of course I am for Japarov,” said 49-year-old Talant Samatov, who owns a small sewing shop.

He said he believes the 11-year sentence that Japarov received in 2017 for taking a government official hostage was unfair.

“He experienced deep injustice and now he will become a just leader for us,” Samatov said.

In addition to picking a new president Kyrgyz are choosing between parliamentary and presidential forms of government, with Japarov backing greater powers for the post he is seeking.

Japarov, who was sprung from jail by supporters during the crisis before a court overturned his conviction, has styled himself as an uncompromising opponent of organised crime and systemic corruption.

He has poured scorn on critics, some of whom have speculated that criminal networks are behind his rise for power.

But he struck a unifying tone in his last campaign appearance on Friday in Bishkek.

“Let us come together... treat each other with understanding and respect. We are one country, one people,” he told a crowd of several thousand people.

With a threadbare economy battered by the coronavirus pandemic, Kyrgyzstan’s next leader is likely to be even more dependent on goodwill from allies Russia — a destination for hundreds of thousands of Kyrgyz migrants — and neighbouring economic giant China.

Russian President Vladimir Putin recently described the overthrow of the previous government as a “misfortune”.

At his end of year press-conference Putin chided Kyrgyz politicians for attempting to imitate Western democracies.

Beijing’s ambassador met with Kyrgyz officials several times last year to discuss protection for Chinese businesses, some of which were attacked during the unrest.

Mountainous Kyrgyzstan’s votes are more competitive than in its ex-Soviet neighbours, but they have rarely offered an even playing field.

The crisis that allowed for Japarov’s overnight rehabilitation and rise to power was sparked by vote-buying campaigns favouring parties close to former president Sooronbay Jeenbekov.

Jeenbekov resigned less than two weeks later at the insistence of Japarov’s supporters and after agreeing to sign off on Japarov’s election as prime minister by parliament.

It was the third time a Kyrgyz head of state has stepped down over street protests since independence in 1991.

While constitutional requirements saw Japarov abandon his positions to compete in Sunday’s election, rivals have complained that his campaign has benefited from the resources of the state, where his allies now occupy top posts.

On Friday the national security committee said it was investigating evidence that “certain presidential candidates and their supporters” were planning unrest after the vote, but did not name the candidates.

Bekjol Nurmatov, a 77-year-old retiree, accused Japarov of “plunging the people into chaos” last year and complained his campaign was using “administrative resources” to win votes in the Osh region from which Nurmatov hails.

The pensioner noted that Japarov had failed to show up for televised debates between candidates. He said he would vote instead for presidential rival Adakhan Madumarov, also from the Osh region.

“Madumarov is a worthy candidate, the retiree said, accusing frontrunner Japarov of “hiding from the people.” — AFP

These were the details of the news Kyrgyzstan populist tipped for easy win in presidential vote for this day. We hope that we have succeeded by giving you the full details and information. To follow all our news, you can subscribe to the alerts system or to one of our different systems to provide you with all that is new.

PREV US backs Iran protesters, warns Tehran against use of force
NEXT Deadly heat wave slams Canada, US