Serie A – Juventus-Sassuolo: From McKennie to Chiesa, the Old Lady has rejuvenated 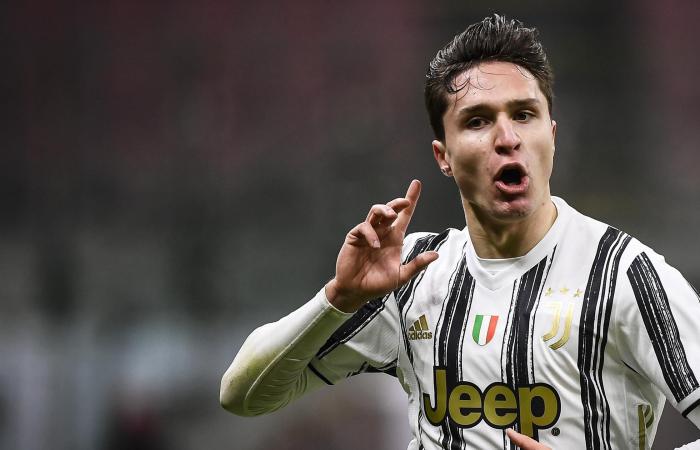 In Italy, a common expression indicates that the “time is a gentleman“. Better understand:” the time is gentleman“. Or “galant“, if you prefer. That is to say that it often restores truths initially contested. Fabio Paratici, the sporting director of Juventus Turin, could very well use it at the start of the winter transfer window. three months from the end of the summer, where the latter has long prospected for a successful rejuvenation operation officially launched.

To strengthen his attack, the Italian leader tracked Luis Suarez and Edin Dzeko for several weeks, not really the youngest of the class. Before finally opting for an old acquaintance less advanced in time: Alvaro Morata. All in a rather noticeable skepticism. No matter for the Spaniard, who knows the house well and who then came to complete a workforce in full rejuvenation. Amount of the transaction: two-year paying loan (20 million euros) with purchase option set at 45 million euros (if exercised in the first year) or 35 million (if exercised in the second year). Miralem Pjanic (30 years old) took over the management of Barcelona in exchange for Arthur Melo (24 years old). The figures: 60 million + 5 bonus for the former OL midfielder, 72 million + 10 bonus for the Brazilian. An operation that fit perfectly within the framework of this youth plan.

An average age that plummets

The various Gonzalo Higuain, Blaise Matuidi or Douglas Costa also left, the Old Lady then decided to continue her facelift. For that, a rather simple recipe: bet on the youth to offer a second. The leaders of Juve recruit in particular the Swedish winger Dejan Kulusevski (20 years old, operation completed in January 2019 editor’s note) from Parma, the American midfielder Weston McKennie (22 years) who disembarks from Schalke 04 and, icing on the cake, Federico Chiesa (23), snatched from Fiorentina. But two of these three operations have a cost: the Italian international arrives for a total of more or less 60 million euros (two-year paying loan with a call option that can become a bond), Kulusevski is recruited for 35 million plus bonus.

“We have one of the oldest staff in Europe, that’s something to think about“, had warned the president Andrea Agnelli in the wake of the elimination of the Champions League against OL last August. Since then, the former technician Maurizio Sarri has packed his bags, the novice Andrea Pirlo has been appointed and the face of the Old Lady has therefore rejuvenated. In the end, she lost almost two years: her average age fell from 29 years to 27 years and 340 days. A good start. But to really see the effect of these youthful bites beyond the simple numbers, only time could be used as judgment. And if certain faults were confirmed in this first part of the season, the recruits, they made it possible to obtain the expected effect. new breath on the side of Turin.

The McKennie surprise, the freshness of Chiesa

If we had to take stock of the Italian transfer window in mid-season of Serie A, that of Juve would undoubtedly be among the best. Each of the recruits managed to bring their stone to a building still under construction. And therefore in full construction. From the height of his 28 years, Alvaro Morata has displayed a new level. The Spanish striker, who has become Cristiano Ronaldo’s ideal attacking partner, has scored 10 goals in 17 matches. All without counting those canceled by VAR for a hair or a toe. He also delivered 7 assists. In view of Paulo Dybala’s poor form, Morata, more mature than ever in the game, was essential in Pirlo’s system and game. The tifosi, happy to find him last summer but aware of some of his limits, would have almost forgotten Suarez and Dzeko.

“Andrea Pirlo got a lot of his new recruits “, wrote The Gazzetta dello Sport Friday when taking stock of the contribution of newcomers to Serie A since the end of the summer transfer window. One of the most surprising on the Juve side? Weston McKennie. Unknown at the time of disembarking in La Botte, the American milieu managed to make a name for itself. With him, Pirlo found the guarantor of the balance of his equilibrium. McKennie excels in several areas: duels, effort and more races. “He is the best player of Juve in the forays without a ball (…) He is one of the big surprises of this championship“, added the Italian daily in its columns.

Author of a brace at San Siro Wednesday in the shock against AC Milan (1-3), Federico Chiesa confirmed his very good form. In his right lane, the Italian international responded to the doubts that may have surrounded his arrival, especially because of his price. Always so precious in percussion, the former player of Fiorentina has (re) found a consistency too often forgotten. Today, it is invaluable in both the offensive and defensive phase. This is essential in a system with three defenders. His average number of chances created per game? 1.43. That of the centers? 2.36. Successful dribbling? 1.64. The danger often comes from his side. “Chiesa has become quite simply capital for the animation of his team”, synthesized the Journal.

Until recently, Dejan Kulusevski was also a holder of this Juve 2.0. A real revelation last season with Parma, the Swedish international with such an atypical profile has however lost some ground in recent weeks. But nothing to really worry about his potential or his future. Kulusevski probably still has a lot to digest, like the very high expectations he now has. Going from Parma to Juve changes your life. Even more in a totally different tactical system (Parma was evolving in 4-3-3) and playing circuits to integrate. The Swede likes to play close to goal, which was not always the case at Juve. Entered into play in Milan on Wednesday, number 44 bianconero proved that he could still be decisive by delivering a caviar for McKennie for the goal of the break. This season, Kulusevski has made 18 appearances. Results: nine starts, 3 goals and 2 assists. For Pirlo, it’s also an in-game weapon.

For Arthur Melo, the case is a little different. In Pirlo’s system, paradoxically without a number 6 à la Pirlo, the former Barça player must deal with competition. Bentancur, Rabiot, McKennie … Places are precious. When he was lined up from the start, the Brazilian however showed great things, such as his ability to verticalize quickly and play between the lines. But for now, the results are mixed. The conclusions will therefore await the end of the season. Finally, Juve does not hesitate to give playing time to its young people from the training center. The left side Gianluca Frabotta (21) is proof of this. Wednesday, because of the absences, he was even holder in a major shock for the season of the Old Lady. Today, the latter would almost end up being annoyed that she is nicknamed like that.

Juve extinguish Milan and return to the race

These were the details of the news Serie A – Juventus-Sassuolo: From McKennie to Chiesa, the Old Lady has rejuvenated for this day. We hope that we have succeeded by giving you the full details and information. To follow all our news, you can subscribe to the alerts system or to one of our different systems to provide you with all that is new.