Ripple wants to compare itself with the new US government 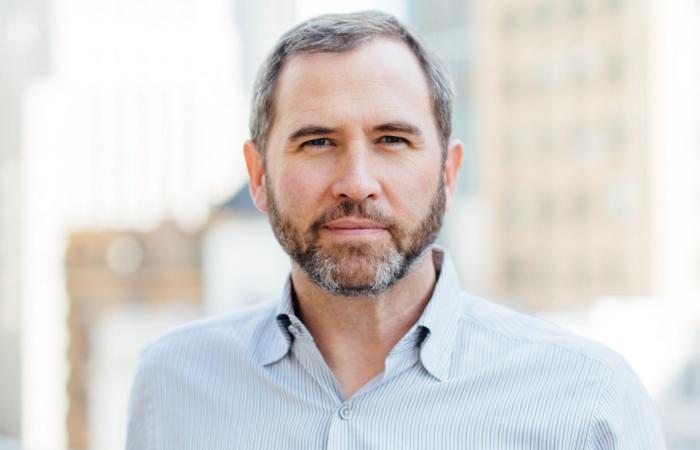 Grayscale, Bitwise, Tetragon, Coinbase, Binance, and so on and so on: In turn, weighty companies from the crypto industry have turned their backs on the controversial XRP tokens in various ways and, above all, for the time being continue to sell to their US customers. With a lawsuit, the US Securities and Exchange Commission has seriously questioned whether the sale of XRP by Ripple since 2013 in the amount of 1.3 billion dollars was also legal.

Ripple around CEO Brad Garlinghouse is heavily on the defensive – and is currently preparing a broad public campaign to put itself back in the right light after the severe setbacks. In the meantime, Garlinghouse has now, after Ripple and its own investor, the Tetragon Financial Group from New York, were sued Reported to speak on Twitter.

“We have real shareholders who believe in us. That’s the way you own Ripple stock – by buying our stocks, not by buying XRP. We are disappointed that Tetragon, which owns 1.5 percent of Ripple, is trying to gain an unfair advantage through the allegations of the SEC, ”Garlinghouse told the plaintiff investor, who received a $ 200 million deal in 2018. Round has boarded.

Garlinghouse thus hits a key point of the SEC lawsuit. Because this means that XRP are actually securities – something like digitized shares of the company Ripple, and the sale of such should have been reported to the US stock exchange regulator. Garlinghouse, of course, disagrees. “XRP is one of the most liquid (top 3-5) digital assets in the world, and 95% is traded outside of the US. Ripple has no control over where XRP is listed, who owns it, etc. It’s open source and decentralized, ”he said.

And most importantly: Ripple has of course known about the impending lawsuit by the SEC for a long time. After all, there have been several lawsuits from XRP buyers in recent years, arguing that XRP is a security (“security”) and not just a voucher token that you buy when you use the international Ripple network for Wants to use transactions.

And so Garlinghouse says that a comparison with the SEC would have been sought. “I can’t go into the details, but we’ve tried – and will keep trying to solve this with the new government – so the XRP community can continue to innovate, protect consumers, and maintain orderly markets,” tweeted the Ripple CEO. A comparison would mean that Ripple pays a fine and makes concessions to the regulator, but does not lead to a lengthy process in which all details have to be disclosed.

Garlinghouse’s company is hoping that the upcoming Biden administration will appoint new SEC officials to renegotiate with. The previous SEC boss Jay Clayton, who was proposed for the post by Donald Trump, is accused of having quickly thrown a beating between the legs of the crypto industry with the lawsuit against Ripple when he left.

The blockchain company block.one, for example, has been sued by the SEC. The objections were the sale of EOS tokens in an unregistered Initial Coin Offering (ICO), which brought in the equivalent of several billion dollars over a period of about a year. block.one agreed in 2019 to settle the allegations by paying a civil penalty of $ 24 million. EOS tokens are now traded around the world without any major problems. Garlinghouse should envisage a similar scenario for XRP.

Of course, Garlinghouse left some big questions unanswered. He is currently not addressing the question of whether Ripple Exchanges has paid to list XRP. All he said was that customers were rewarded for using the network – but that’s not uncommon, PayPal or credit card providers would do the same. And: Garlinghouse and Ripple co-founder Chris Larsen is also accused of having sold XRP privately. Both are considered “crypto-rich”.

Ripple: “It’s an attack on the entire US crypto industry”

These were the details of the news Ripple wants to compare itself with the new US government for this day. We hope that we have succeeded by giving you the full details and information. To follow all our news, you can subscribe to the alerts system or to one of our different systems to provide you with all that is new.