Genival Lacerda dies at 89 in Recife after contracting covid-19 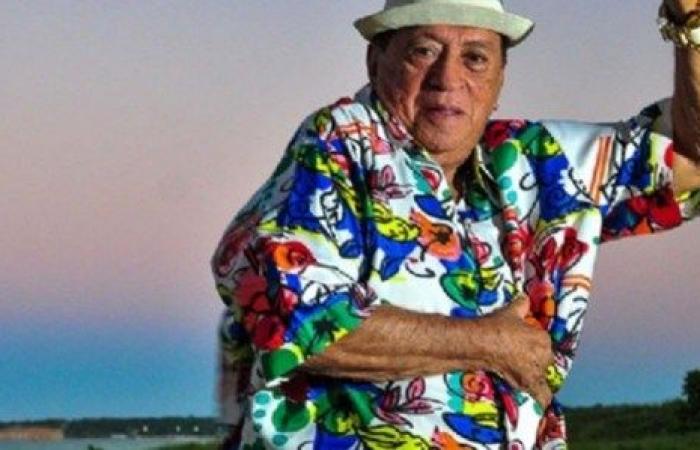 The singer and songwriter Genival Lacerda passed away this Thursday (7) at the age of 89. The Paraiban was admitted to Hospital Unimed I, in Ilha do Leite, on November 30 to treat covid-19. Since then, he was admitted to the Intensive Care Unit (ICU).

On December 10 of last year, Genival was diagnosed with pneumonia. At the time, it was necessary to carry out an antibiotic adjustment to control the singer’s pressure with medication.

In the last medical report released, the clinical picture was considered very serious, with the artist breathing through mechanical ventilation and the aid of medicines.

Genival Lacerda did not resist and died on the morning of this Thursday.

In May this year, the artist had already been hospitalized when he suffered a stroke. The singer spent three days in the Hospital D’Ávila, located in the West Zone of Recife.

A veteran in the music scene with a career spanning over six decades, Genival Lacerda had recorded a live DVD in 2019. The show was filmed at the Boa Vista Theater, with participation by Waldonys, Caju and Castanha, Flávio Leandro, Jorge de Altinho, Nando Cordel and João Lacerda, son of Genival, who also acted in the musical direction.

It is not by chance that the last recording of the Paraiba was made in Recife. Born in Campina Grande, Genival Lacerda headed for Pernambuco in the 50s. In 1955, it was in the state that he recorded his first 78-speed record, which brings success Coconut 56.

Severina, sister of the legend Jackson do Pandeiro, was married to two brothers of the composer. It was his brother-in-law, older contemporary, who encouraged him to go to Rio de Janeiro, where he worked in several forró houses and even recorded an LP.

At the time, forró lived its golden age with active names like Dominguinhos, Jackson do Pandeiro himself, Marinês, Abdias, Zé Calixto, Geraldo Corrêa and Luiz Gonzaga.

With the latter, in an interview with Jornal do Commercio last year, Genival said that he had a small relationship.

“We arrived on a radio in Espírito Santo, he looked at me and told me to look for an accordion player, because he wasn’t going to accompany me. She was, as they say in the Northeast, a little bit intufado, flustered. We had eight fights, me and Gonzaga “, said the forrozeiro.

“The biggest one was on a program at Rádio Jornal do Commercio. It was me, Marinês, Abdias, Zé Gonzaga. Then he said I wasn’t going to go in. Marinês was on top of him, ‘compadre, don’t do it, Genival boat, he’s good’ I stayed there, angry at him. Then Gonzaga arrives and says that I was going to go in at that time. I wasn’t even ready, so I said to him: I’m not going in, call your mother. He was thick, and I was thick and a half ” .

Owner of a well-built, humorous lyric and full of double meanings, Genival’s success came only in 1975 with the hit Severina Xique-Xique, partnership with fellow countryman João Gonçalves. The chorus “He’s keeping an eye on her boutique” stuck in the public’s mind and remains today.

But Genival Lacerda’s quality is not limited to his hits. Much of his work, even before the hit record Come on Mariquinha (1976), are true rare gems of Forró.

Your LP The Senator of Rojão (1968) – which yielded one of its various nicknames – is a nod to the coconut within the black roots of the forró. The album, in fact, is accompanied by an interesting text that is an ode to Bahia as the birthplace of African rhythms.

“The rude batuque of the Negro was transformed. Today, in the twentieth century – baião, forró, drag-pé, they are nothing but exact reminiscences of that delicious music. The conductor, the composer, the interpreter, brought it to other forms of another civilização “, says excerpt from the written on the back cover, made available by the blog Musica em Prosa.

“The“ Rei do Munganga ”, a pure singer of this genre, who transmits well with eccentricity, besides being the creator of a series of steps and movements, thus forming a harmonious and pleasant whole, is a unique artist in the beauty of representing […] Therefore, it became the mirror of almost all artists of the genre. Dancing coconut, it’s Genival; Baião, is Genival; Forró, it’s Genival. Saying what he does is not possible. You have to watch it. To see and hear the exceptional star is a moment of therapy “.

Last forrozeiro of the generation that emerged shortly after Luiz Gonzaga, Genival Lacerda remained active as few. In 2016, he took his humorous lyric to the world of the internet. Released the single Give Me Your Wi-fi on digital platforms entitled to video clips.

In July last year, at the time of the boom in lives, Seu Vavá (as he is also known) ventured into the possibilities and made his presentation online. Sitting, he sang several of his hits accompanied by a band.

Born in 1931, Genival Lacerda leaves us at 89 with a work of more than 70 albums, among rarities and classics waiting to be heard and rediscovered by a new generation.

These were the details of the news Genival Lacerda dies at 89 in Recife after contracting covid-19 for this day. We hope that we have succeeded by giving you the full details and information. To follow all our news, you can subscribe to the alerts system or to one of our different systems to provide you with all that is new.