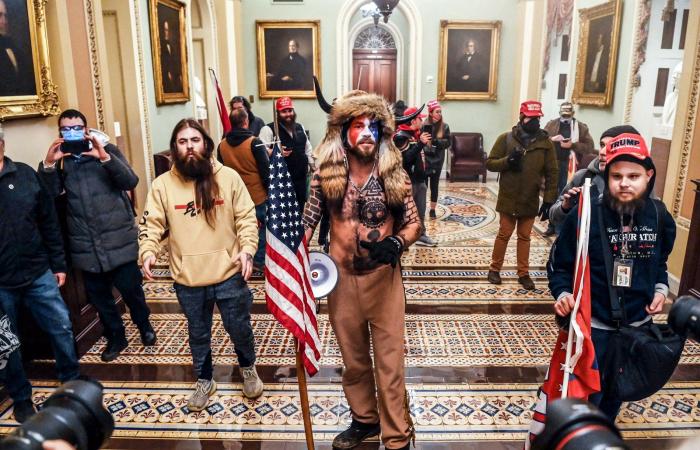 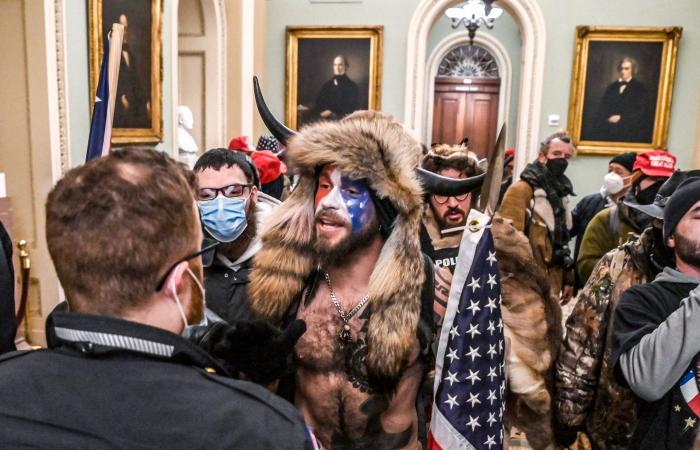 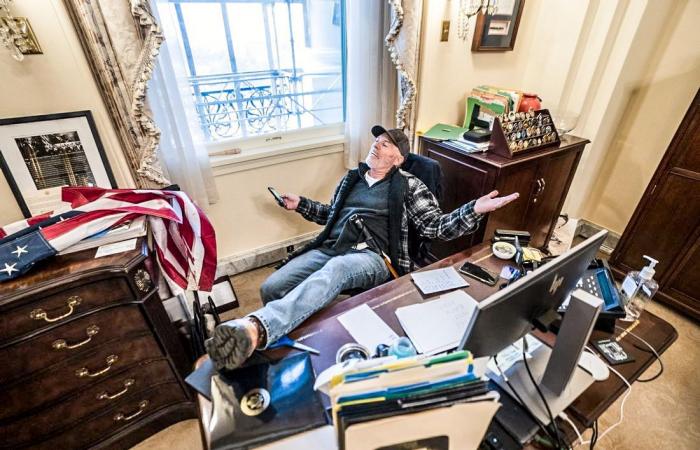 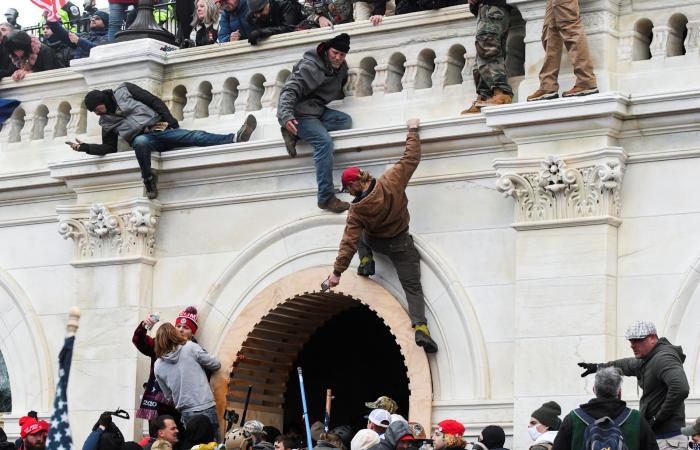 A half-naked, tattooed “QAnon shaman” with a fur-trimmed helmet and the American flag attached to a spear was among the leaders who led the mob into Congress.

Less than 10 minutes ago

Jake Angeli (32) is a famous figure when the political right gathers in his home state of Arizona. He paints his face in the colors of the flag and dresses to attract attention.

To the newspaper The Arizona Republic, the 32-year-old explained last year that he can then talk about his belief in Qanon and other hidden truths.

QAnon is an internet cult that originated in 2017. The right-wing radical supporters claim that the world is ruled by a powerful elite linked to Satanism, pedophilia and cannibalism and count Donald Trump as the people’s savior.

The conspiracy theory also has thousands of followers in Norway, according to Faktisk.no.

When the mob stormed Congress on Wednesday, Angeli was photographed with a megaphone in hand in the corridors and with a flag raised inside the Senate floor, triumphant after the elected representatives were forced to evacuate the hall.

Watch video of the protesters entering the congress building:

I spoke with Jake Angeli, the QAnon guy who got inside the Senate chamber. He said police eventually gave up trying to stop him and other Trump supporters, and let them in. After a while, he said police politely asked him to leave and let him go without arrest

from the Toronto newspaper Globe and Mail, he is said to have explained that the police gave up stopping them, but after a while politely asked them to leave the congress building without arresting him.

Participated in the Trump rally

Jake Angeli performed outside a Trump rally in Phoenix, Arizona in February last year. There he held up a sign with the text “Q sent me” and asked the crowd if they knew about the conspiracy theory.

RIGHT CELEBRITY: Jake Angeli (32) is a well-known right-wing radical protester in his home state of Arizona.

– The snowball rolls and only gets bigger. We are “mainstream” now, Angeli told The Arizona Republic at the time.

The infamous activist often demonstrates outside the state legislature in Arizona and is also said to have appeared at public meetings to open businesses that were closed by the authorities to prevent the spread of corona.

He must also be convinced that political leaders have conspired to hide major scientific breakthroughs from the people, in order to preserve the system as it is.

Angeli told The Arizona Republic that by exploring the Internet, he discovered that shady groups such as the Illuminati, the Trilateral Commission and the Bilderberger group control the world.

– Oh God, now I see what is really happening, said the activist about his revelation.

On social media, other right-wing radical activists are said to have posted pictures of him on a “Black Lives Matter” marking, to show that he is actually a liberal. It writes Business Insider.

What they hid was that Angeli was among the counter-protesters.

Another mobster who stormed Congress yesterday stormed into the office of Washington’s most powerful woman.

The man who grinningly put his boots on Nancy Pelos’ desk after the Congress stormed is Richard “Bigo” Barnett (60).

The photos show him in the office of the Democrats’ majority leader in the House of Representatives, in jeans and caps with a mobile phone in hand. After the siege, the mob came out with trophies from the elected representatives.

– I wrote an ugly message to her, Barnett boasted outside the Capitol, with his shirt torn and his chest bare in the winter cold in Washington DC, writes the New York Times.

He waved an official envelope with Pelosi’s letterhead, which he insisted he had not stolen:

– I put a quarter of a dollar on her desk.

In his hometown of Gravette, Arkansas, Barnett is known as a gun fanatic and a supporter of the Second Amendment, which protects the right to bear arms.

Here’s Mr. Barnett, who goes by “Bigo,” telling the story in his own words pic.twitter.com/oSyKiCDXgy

that he did not steal the envelope.

– I was bleeding on it. They sprayed me and I could not see, so I thought – “well, I’m in her office, I’re bleeding in her office.” I put a quarter of a dollar on her desk, even though she’s not worth it. And I put a note on her desk, where I wrote “Nancy, Bigo was here, you bitch.”

The 60-year-old insisted that he had only knocked on Pelosis when people in the corridor pushed him in.

“That’s what I want to tell them all the way to the DC jail,” the Arkansas man said.

Local judge Barry Moehrig says he does not know Barnett, but regrets that a man from his home county of Benton was involved.

– I’m horrified by what I saw today and discouraged that it was a man from Benton County.

These were the details of the news QAnon shaman and weapons fanatic – VG for this day. We hope that we have succeeded by giving you the full details and information. To follow all our news, you can subscribe to the alerts system or to one of our different systems to provide you with all that is new.