Expansion in many countries: the renaissance of nuclear power 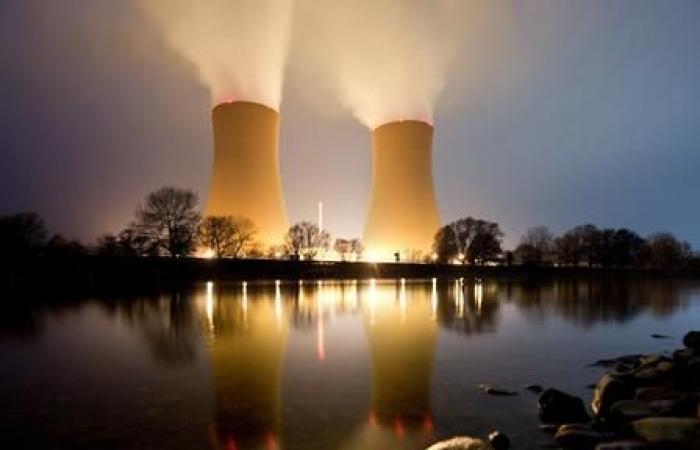 In Germany, the last nuclear power plant is scheduled to go offline at the end of 2022. Many other countries, on the other hand, are sticking to nuclear power and even want to increase its share of the energy mix.

Germany is largely alone when it comes to phasing out nuclear power. The list of countries where new nuclear power plants are being built is headed by China. According to Destatis (Federal Statistical Office), 44 new systems are planned for the next ten years. In 2018 alone, eight new reactors went online in the country. So far this year there has been only one, but another ten reactors are under construction. Russia follows with 24 nuclear power plant construction projects, India has 14 plants built.

Japan also wants to put many of the nuclear reactors shut down after the Fukushima accident back into operation and to increase the share of nuclear power in the energy mix from six to 22 percent by 2050. In the Middle East, the United Arab Emirates became the first Arab country to put a nuclear power plant into operation last August.

In Europe, too, many countries – also and especially with regard to the climate goals of the Paris Agreement – rely on nuclear energy as an indispensable component of the electricity mix. French President Emmanuel Macron made it clear once again last week that France wants to stick to nuclear energy. “Our ecological and energetic future also depends on nuclear energy,” he said.

He had never been a proponent of nuclear power, but assumed that it would have to be a pillar of the energy mix in the coming decades. France generates around 80 percent of the electricity it needs from nuclear power.

Great Britain has not written off nuclear energy either. On the contrary. The “Action Plan for Decarbonization”, which aims to completely end greenhouse gas emissions in the country by 2050, provides for the construction of new mini-nuclear reactors. Fifteen of these reactors planned by Rolls-Royce with a capacity of 440 megawatts – enough to supply a 500,000-inhabitant city – are to go online in the next nine years.

There are also expansion plans in the Czech Republic. There the government wants to increase the share of nuclear energy in electricity generation by 2040 from around 34 percent at present to 50 percent. The focus is on the expansion of the Temelin nuclear power plant. Environmentalists consider this facility, which is only about 60 kilometers from Bavaria and Austria, to be prone to failure and dangerous.

Silicon Valley on the way to Nuclear Valley

On the other side of the Atlantic, future US President Joe Biden is also betting on keeping nuclear energy. During the election campaign, he spoke out in favor of building smaller and mobile mini-reactors. TerraPower, a company founded by Bill Gates, wants to build nuclear power plants with an output of 345 megawatts each.

TerraPower is not alone in this. In California there are currently around 50 start-ups working on the development of new nuclear technologies. Experts are already talking about Nuclear Valley, alluding to Silicon Valley. The engineers are experimenting with innovative cooling methods such as the use of liquid sodium.

The renaissance of nuclear energy is in full swing, even if most projects will take many years to complete. A role model for Germany too?

Since the outbreak of the corona pandemic, it has become quiet about this highly controversial topic in this country. Most recently, at the beginning of the year, the Saxon Prime Minister Michael Kretschmer (CDU) commented on this and did not rule out Germany’s re-entry into nuclear power.

“Whether that is necessary will depend on whether the energy turnaround works, whether costs remain within limits and security of supply is guaranteed,” said the CDU politician to the newspapers of the editorial network in Germany. “It’s a question that comes up in ten or fifteen years.”

In order for citizens and politicians to be able to decide freely, Germany should not withdraw itself completely from the topic. “Nuclear research must continue to be carried out and funded. We must remain open to technology. That does not mean that we are going to build new power plants straight away. But we must retain the expertise to do so.”

The chapter is closed

Volkswagen boss Herbert Diess, who also campaigned for nuclear power, also caused a stir. “I would consider questioning the nuclear phase-out, especially because we do not yet have sufficient renewable energy sources,” said the manager in the Tagesspiegel background interview. Linde Supervisory Board Chairman Wolfgang Reitzle made a similar statement. The President of the CDU Economic Council, Astrid Hamker, criticized the nuclear phase-out as a “short-circuit reaction”.

But now even the power plant operators can no longer imagine an exit from the exit. For RWE, a term extension is no longer an issue, said a spokeswoman. The chapter is closed. Eon does not want to shake the exit from nuclear energy either. “In the interests of climate protection, we should concentrate on implementing the energy transition consistently and successfully in all areas,” said a spokesman.

A possible withdrawal from the phase-out would also be of little use to the climate, because the construction of new nuclear reactors usually takes many years. In Finland, a new reactor is due to go online next year, construction of which began 16 years ago.

These were the details of the news Expansion in many countries: the renaissance of nuclear power for this day. We hope that we have succeeded by giving you the full details and information. To follow all our news, you can subscribe to the alerts system or to one of our different systems to provide you with all that is new.