Russia: young Olesya Semenova was electrocuted when her cell phone fell into the tub while bathing – Europe – International 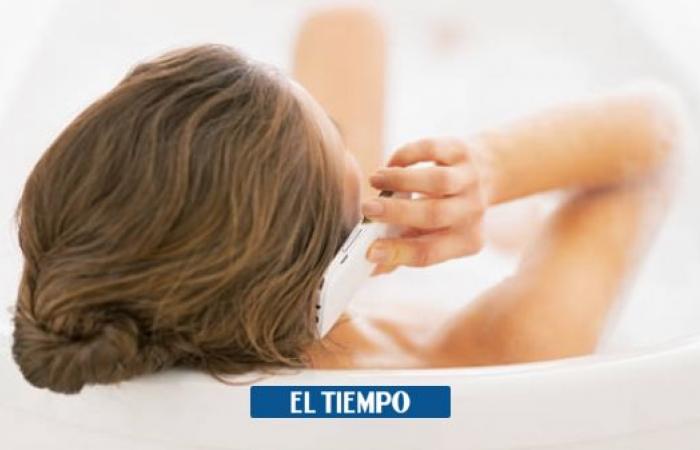 Olesya Semenova, a 24-year-old Russian girl, was taking a bath in her bathtub when her cell phone, which she was charging, accidentally fell into the bathtub.

Semenova, who lived in the city of Arcángel, in northern Russia, was electrocuted to death.

As reported by the ‘Daily Mail’, a friend of the woman, identified as Daria, told the emergency services operator that she found Semenova pale and without vital signs.

(Also: The young daughter of a former participant of the 2018 Challenge dies).

Daria, who shared a home with Olesya, was the one who found the body in the bathroom.

“I was very scared. When I touched it, I received an electric shock. His cell phone was in the water and connected to the current ”, explained the young woman.

In the aftermath of the accident, the Russian Emergency Ministry mourned the death of Semenova, who worked as a salesperson in a clothing store.

“This tragedy reminds us once again that water and connected electronics are incompatible,” the Ministry said.

Likewise, called for caution and invited citizens to be careful when cell phones are connected to power outlets near water.

(It may interest you: Chuck Yeager, the first man to break the sound barrier, died).

“When a cell phone gets wet, the worst that can happen is that it gets damaged. But when it is connected to the current we can see the terrible consequences, ”he added.

The paramedic team that attended the case confirmed that Semenova died in the bathroom of her house and that her iPhone 8 had fallen into the water while she was charging.

When a cell phone gets wet, the worst that can happen is that it gets damaged. But when it is connected to the current we can see the dire consequences

This case is added to the list of similar accidents that have occurred in that country.

Anna K, a 15-year-old teenager living in Moscow, died in August 2020 from an electric shock she received from using her cell phone in the bathtub while it was still connected to the power.

In 2019, Liliya Novikova, recognized for being a poker player, she was found dead in the bathroom of her home in Moscow. The authorities confirmed that the cause of his death was for the same reason.

(Also: ‘Gamer’ confessed that he murdered his baby and then continued playing.)

Another similar case occurred in the city of Bratsk in 2018: 15-year-old martial arts fighter Irina Rybnikova died when her cell phone, which she was charging, slipped in the tub while she was taking a bath and talking on the phone.

These were the details of the news Russia: young Olesya Semenova was electrocuted when her cell phone fell into the tub while bathing – Europe – International for this day. We hope that we have succeeded by giving you the full details and information. To follow all our news, you can subscribe to the alerts system or to one of our different systems to provide you with all that is new.