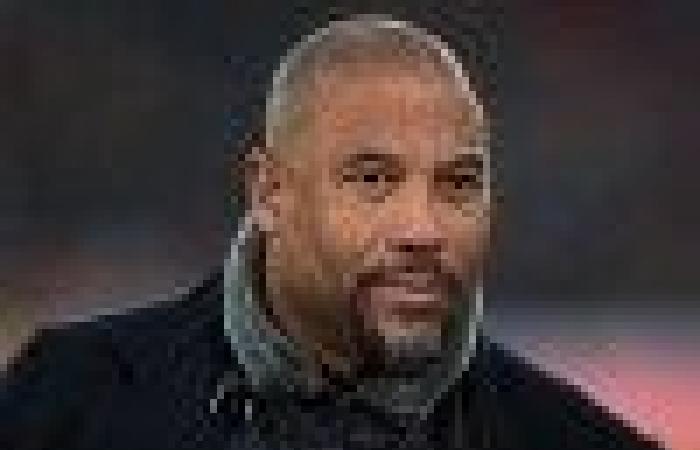 Former professional player John Barnes (57), who among other things played ten seasons in Liverpool, has become a voice in the racism debate over the years.

Now he settles with the use of the word “black” in a long Twitter-tirade.

It happens after Tuesday’s much talked about incident, where the Romanian fourth referee used the words “ala negru” (the black one) about an assistant coach.

The incident happened when Sebastian Coltescu had to point one out on the bench for Istanbul Basaksehir, so that the referee could give him a red card for inciting trouble during the Champions League match against PSG.

Afterwards, criticism of Coltescu has hailed, and UEFA will investigate the case.

Barnes, who was born in Jamaica and grew up in London, reacts.

– It is NOT racist to describe the offender as the black one! We say that people should call us black .. He does not know the name and there are six / seven coaches standing together, all Turkish. One of them is to be expelled, the judge asks who: THE BLACK. What else can he say for the judge to know? asks Barnes.

Barnes believes that if the bench consisted of six dark-skinned people and a white person, then the fourth judge would say that it was “the white”, and that there was no problem.

– The fourth judge does not know the name either, so he says “the black one”! IN ROMANIAN! The dark coach overhears a Romanian word that sounds like words he recognizes and gets upset, says Barnes, who aims to make “negru” reminiscent of the word “negro”.

– We must stop associating EVERYTHING related to blacks as something negative in EVERY SINGLE context. We say that people should not call us colored, but call us black and then complain when they do? If he had said “black bastard” or something similar, it is clear, but he only said “the black” to describe, he continues.

I got hundreds of messages asking me the same question. So, the ref uses 'negru', which is literally the colour 'black'. In native Romanian it's not used as an offensive word to describe players of colour. That doesn't excuse Coltescu in this given context, though. https://t.co/D3wwyLSwEY

about the word used by the fourth judge:

“The referee used the word ‘negru’, which means ‘black’. In Romania, it is not used as an offensive word to describe colored players. That does not excuse Coltescu in this context, anyway ».

Others believe the referee should have identified the coach by using a different description, and condemn the wording.

The case has received much attention in football Europe. The match was not finished after it was stopped after 14 minutes, and will be played later on Wednesday.

Then it is the Dutch Danny Makkelie and assistant referees from the Netherlands and Poland who will judge the match. UEFA stated late Tuesday night that the association will investigate what happened in Paris, writes NTB.

PS For the record, the Language Council writes the following about the use of the word ‘black’: “Black (and English black) has once been negative, but since then it has become both neutral and positive. The situation in Norwegian today is a bit unclear, but it is difficult to get around this word when you first have to use something ».

*The article has been translated based on the content of Source link by https://www.dagbladet.no/sport/john-barnes—ikke-rasistisk/73159136
. If there is any problem regarding the content, copyright, please leave a report below the article. We will try to process as quickly as possible to protect the rights of the author. Thank you very much!

These were the details of the news John Barnes: – NOT racist for this day. We hope that we have succeeded by giving you the full details and information. To follow all our news, you can subscribe to the alerts system or to one of our different systems to provide you with all that is new.