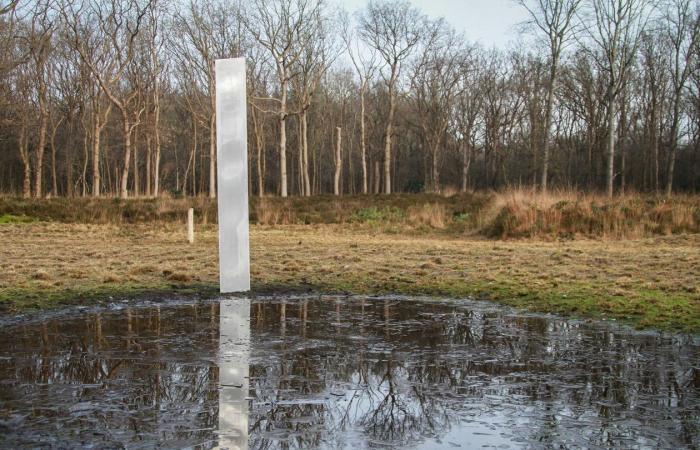 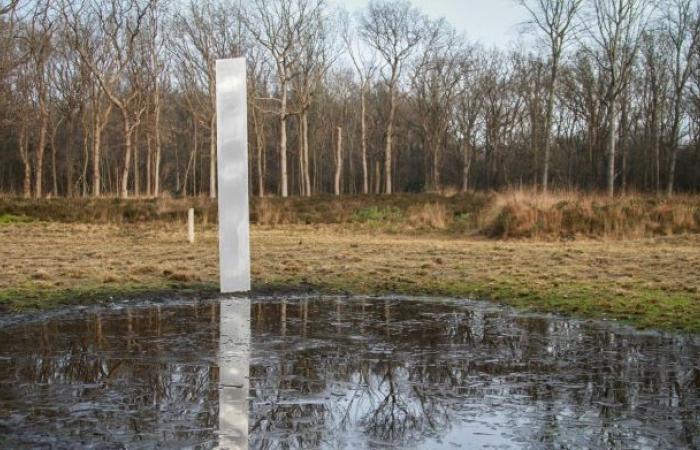 First a metal pillar from Utah made headlines, then similar objects appeared in Romania, Great Britain and the Netherlands. Now walkers discovered such an object in Hesse too.

For the first time, one of the mysterious metal pillars also appeared in Germany. In a field in front of the Main-Taunus-Zentrum in Sulzbach, a metallic object has probably been standing around four meters high and shiny since the weekend. This is reported by the Hessenschau, among others.

Similar columns had previously appeared in several places around the world. It started with one in the US state of Utah. It was in the middle of nowhere in a canyon in the desert. They had discovered authorities in the overflight who actually wanted to count the local bighorn sheep population. The authorities took photos of the enigmatic object and issued a press release. In it, the officials quipped that it was illegal to put something like this up on public land, “regardless of which planet” you were from.

That was in the middle of November. Only days after its discovery, the pillar disappeared again overnight, apparently dismantled by four men who had been upset about tourism in the remote region. According to the press reports, dozens of people had set out for the desert.

In the days that followed, similar pillars first appeared in Romania, then in California and finally in Great Britain and the Netherlands. Several times the mysterious objects disappeared again overnight shortly after their appearance.

The incidents sparked all kinds of speculation as to who might be behind it. In the case of the metal pillar in Romania, according to several witnesses on site, a “very poorly made weld seam” indicated a hastily made copy of the object from Utah. In Hessen, too, the participation of aliens is likely to be limited. The column is now there and has already been inspected somewhat. Sulzbach’s public relations man, Holger Klink, told the Hessenschau: “He’s not from Outer Space. The wooden structure from the inside is very earthly.”

These were the details of the news Find in Hesse: mysterious metal pillar found in Germany for this day. We hope that we have succeeded by giving you the full details and information. To follow all our news, you can subscribe to the alerts system or to one of our different systems to provide you with all that is new.