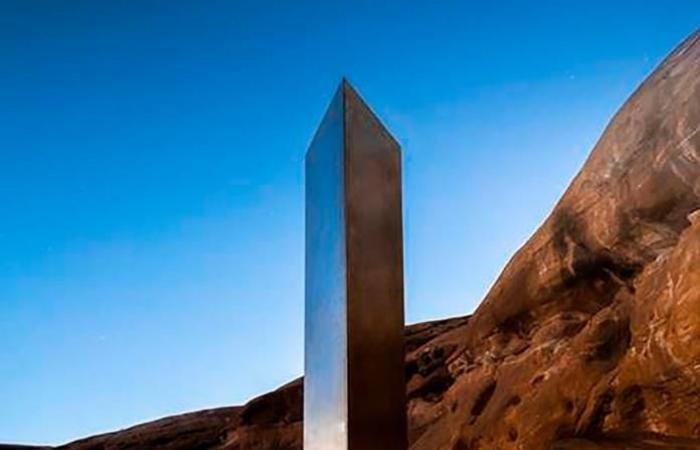 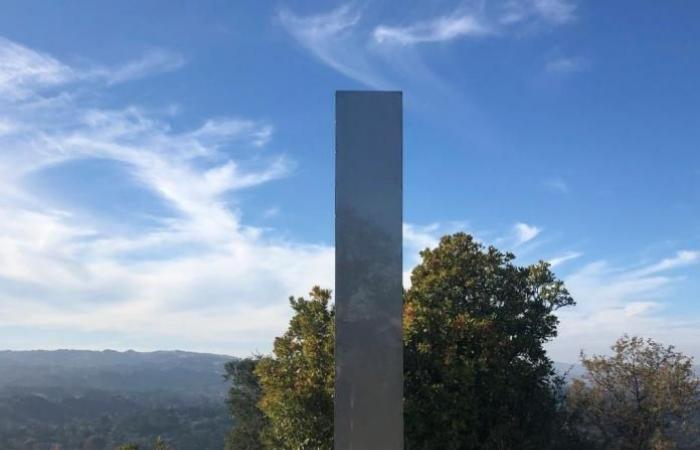 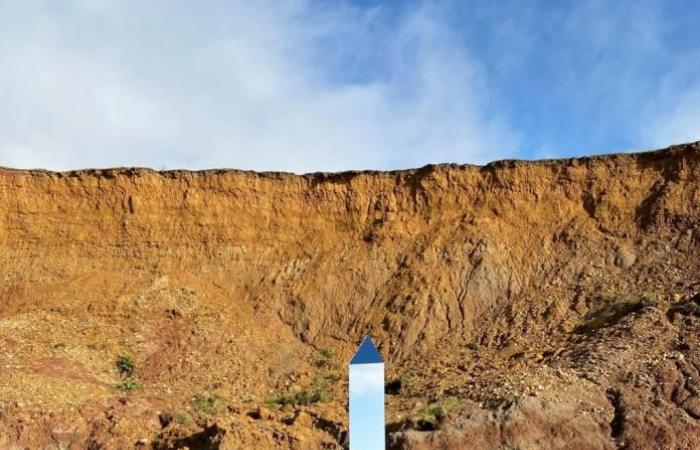 NAnd it was also spotted in Germany: a lonely monolith made of metal. Triangular and shiny, it stands in the middle of a field, directly in front of the Main-Taunus-Zentrum in Sulzbach. How did the mysterious object get there?

A stroller had discovered the silver-colored thing – since then it has been puzzling. Holger Klink, responsible for public relations in Sulzbach, excludes at least one thing: “He’s not from Outer Space. The wooden construction from the inside is very earthly, ”hessenschau.de quotes him.

The community does not know where the monolith comes from or what the action is about. “It could be a billboard. But we still have to get to the bottom of the riddle, ”admits Klink.

The first monolith was discovered in November in the Utah desert (USA). The news of the discovery of this “unusual object” spread rapidly and triggered worldwide guesswork. A few days later it was suddenly gone – and the mystery only bigger. Many art experts were immediately reminded of the objects by the sculptor John McCracken. The American, who died in 2011, had lived and worked in New Mexico for a long time and made very similar free-standing objects in the form of pyramids, cubes or polyhedra.

This was followed by finds in Atascadero (US state California), Joshua Tree National Park (also California), Romania, England and the Netherlands.

Residents of the island in southern England discovered the slim, mirrored structure by chance while walking on the beach on the west side, as reported by the British media on Tuesday. The British Alexia Fishwick told the PA news agency that acquaintances took her photos of the “really pretty magical” monolith for a Photoshop collage.

That same evening she was gone again. Who put the object there and later took it away is a mystery to residents and authorities. Even the otherwise very sober Frisians did not rule out the possibility that the monolith could be a “sign of aliens”, as onlookers told the “Leeuwarder Courant”.

Is it a tribute to the science fiction film 2001: A Space Odyssey, in which a similar object plays a role? Is it a joke Are there even extraterrestrials behind it, as some people speculated on the Internet?

The artist collective The Most Famous Artist, which had shown themselves responsible for the monolith in Utah, reportedly rejected the suggestion that it could also have been active on the Isle of Wight.

These were the details of the news First monolith surfaced in Germany – seven objects worldwide for this day. We hope that we have succeeded by giving you the full details and information. To follow all our news, you can subscribe to the alerts system or to one of our different systems to provide you with all that is new.