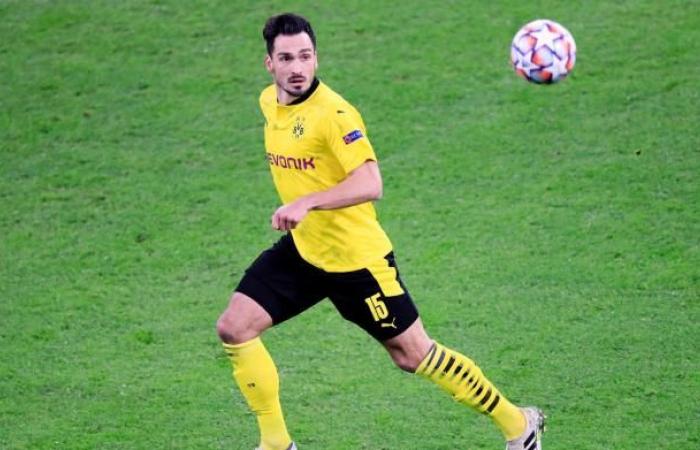 Borussia Dortmund is fighting for group victory in the Champions League. If BVB wins at Zenit St. Petersburg, then the goal would be achieved. t-online tells you where you can see the game.

Borussia Dortmund has already qualified for the round of 16 in the Champions League. The black and yellow are heading for group victory. BVB scored 1-1 in the last game against Lazio Rome, the Italians are the direct pursuit of coach Lucien Favre’s team. This also means that Dortmund at Zenit St. Petersburg must not be worse than Lazio, who are playing against Club Brugge at the same time in order to win the group.

However, the Bundesliga team’s coach has personal problems. In addition to the star striker Erling Haaland, who was already missing against Rome, Thomas Meunier (both torn muscle fibers) is also missing. Favre also has to do without Marcel Schmelzer (rehab after knee surgery) and Reinier.

In addition, Thomas Delaney (back problems), Raphael Guerreiro (muscular problems), Manuel Akanji (knee problems), Mahmoud Dahoud (sick) and Mateu Morey (muscular problems) will not be there. Nonetheless, licensed player boss Sebastian Kehl said: “We really want to try to stay ahead of the table in this group.” So it remains exciting to see whether BVB will win. But where can the game be seen? t-online with the most important questions and answers.

Where can I watch the game between Zenit and BVB live?

The streaming service DAZN shows the game in a live stream and thus the full 90 minutes of the game between St. Petersburg and Dortmund. With the exception of the games between RB Leipzig and Manchester United and the duel between Bayern and Lokomotiv Moscow, DAZN shows all games in the Champions League on this match day. The kick-off is at 6:55 p.m. However, the streaming service goes on air a little earlier. Alex Schlueter will be the moderator, Marco Hagemann will be the commentator and expert Ralph Gunesch will also lead the evening.

Will Zenit be broadcast on free TV against BVB?

No, the game will not be shown on free TV.

Can I follow Zenit St. Petersburg against Borussia Dortmund in the live ticker?

Yes, t-online offers a live ticker for every match in the 2020/2021 Champions League season. You can find the live ticker for the duel between Zenit and Lucien Favre’s team here.

These were the details of the news See the Champions League here in the live stream and on... for this day. We hope that we have succeeded by giving you the full details and information. To follow all our news, you can subscribe to the alerts system or to one of our different systems to provide you with all that is new.