These astrological predictions for 2021 will give you the creeps –... 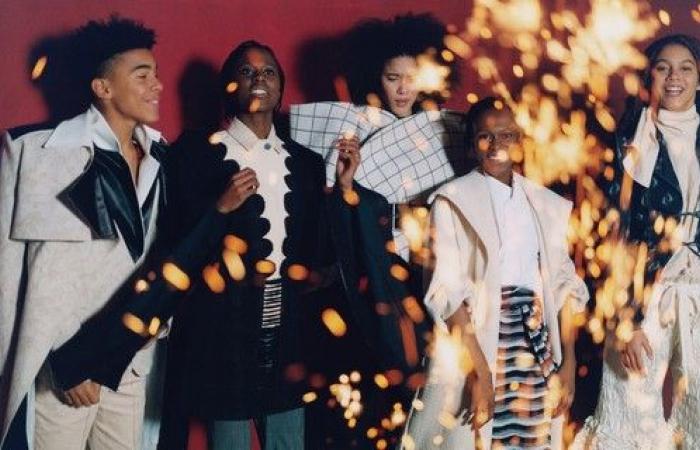 If we write a list of the pros and cons of this year, it is safe to say that the cons outweigh the pros. The truth is, wherever you are in the world, 2020 was probably a challenging time for you and everyone you love. The good news? According to astrological forecasts for 2021, the outlook for next year is much more optimistic.

In fact, experts predict that we can expect healing, repair and progress. “From an astrological perspective, 2020 was an unprecedented year,” says Aliza Kelly, a New York-based astrologer and host of the Stars Like Us podcast. “In the space of a single year, several major planets were forming rare alignments that were not experienced for years. ” This was the so-called Saturn-Pluto conjunction, last seen in 1982, during which a million people took to the streets of New York to protest the proliferation of nuclear weapons.

“Suffice it to say that 2021 astrology is a direct reaction to the cataclysmic changes brought about by 2020,” adds Kelly. “And although there are many influential transits to watch for – that is, the connection between Jupiter, Saturn and Uranus – it is a much more ‘normal’ year than what we just experienced.”

What changes are astrologers predicting for 2021?

2020 has turned our lives upside down and 2021 should be equally hectic, but crucially more positive. If this year saw our regular lifestyle dismantled, then next year must offer technological advances and community repair. “On December 21, 2020, Jupiter and Saturn will meet in Aquarius and will remain in this sign for most of the year. Aquarius is a sign associated with an abrupt change, forming communities, fighting for important causes for you and making technological advances ”, explains astrologer Alice Bell, adding that it is logical that our new digital way of life continues in the next year and beyond.

There is also good news when it comes to our collective creativity. “Jupiter and Saturn will form Uranus in Taurus, which means that you should expect a lot of creative innovations in all sectors and adaptation to do business mainly online,” adds Bell. “We also saw a glimpse of the Saturn-Uranus square during the spring and early summer of 2020 with protests for equality, so similar events are likely to appear again.”

According to Kelly, this activity between Jupiter and Saturn is the beginning of something important. “These two celestial bodies align every 20 years, but what makes this next ‘big conjunction’ even more special is that it marks the beginning of a new 200-year cycle”, she explains “Since the early 1800s, Jupiter and Saturn have been united in the signs of earth and, before that, fire and water, respectively. In fact, it has been about 800 years since the last ‘air age’, so we will begin to see major changes on a large scale. We must be thoughtful and intentional about how we live, work and, perhaps most importantly, cooperate. “

Will we see positive political changes?

This year has been monopolized by politics and there is not much to change on that front in 2021. “There will be a desire to do things differently and have new types of leaders and possibly a new leadership style altogether,” predicts Bell. “Changes related to all of these things are likely to become apparent in early 2021, specifically in January and February. It is when Mars meets Uranus in Taurus and they both square Jupiter and Saturn in Aquarius. This alignment will be a major impetus for change in all walks of life, so tension can surface. “

Kelly also gives advice on what our leaders are to do next year. “At a macro level, governments will need to come together to define shared values, especially on issues such as climate, agriculture, the economy and public health,” she tells Vogue. “From an astrological point of view, it will be clear that we have collective responsibilities, that our actions have consequences and, as we are all inhabitants of this planet, we must work together to create a better tomorrow.”

When will retrograde Mercury happen in 2021?

Mercury’s retrograde movement has a bad reputation and is often blamed for everything, including losing your keys or missing a flight (remember them?) – something that may be related to how often it occurs (three or four times per year), making it an easy target for our frustrations.

This is a good time to remember that retrogrades are a normal planetary movement, as Kelly is keen to remind us. “All planets are backward. Mercury is the most common, so it is the most notorious. It is the planet of communication and, as it seems to go backwards, it can result in communication failures, malfunction and breakdowns. The implications are not long term and will not ruin your life, but they are irritating “.

Your advice to anyone who fears the words ‘Mercury retrograde’? “I encourage people to change their perspective. Try to focus on the words ‘re’, like reflecting, reviewing and remembering, through a diary, meditation or sifting through old photos. Whatever you do, avoid texting your ex – just because you’re looking back, doesn’t mean you need to be regressive. “

As Bell observes, Mercury retrograde offers a useful period of contemplation “where life slows down and you are urged to reflect and revisit past projects, jobs or relationships. It is not a good time to move forward with new plans, but with Mercury’s retreat moving to the Gemini, Libra and Aquarius air signs, you are in a position to assess your relationships, find out how to better relate to people and perhaps eliminate certain negative aspects and habits that you have in relationships. Be prepared to talk about any problems or frustrations you have with anyone. “

What is Venus retrograde? And why does it matter?

Venus orbits the Sun at a slower pace than Mercury, which means that it only recedes once every year and a half. In 2021, this will be at the end of the year in Capricorn (or December 19 to 29). Its impact? Relationship changes, including close friendships. “You may notice an imbalance in your relationship with your partner or you may even hear it from an ex,” says Bell.

According to Kelly, the Venus retrograde in 2021 could mean closure. “It is when Venus moves from an afternoon star, rising after the sun, to a morning star, rising before the sun. The first retrograde half of Venus is often marked by closures, especially those related to Venusian topics, such as love, beauty and money, while the second half is defined by new beginnings ”. Your advice? “Avoid making important commitments during the Venus retrograde, as your perspective can be distorted during this period of energy load.”

These were the details of the news These astrological predictions for 2021 will give you the creeps –... for this day. We hope that we have succeeded by giving you the full details and information. To follow all our news, you can subscribe to the alerts system or to one of our different systems to provide you with all that is new.