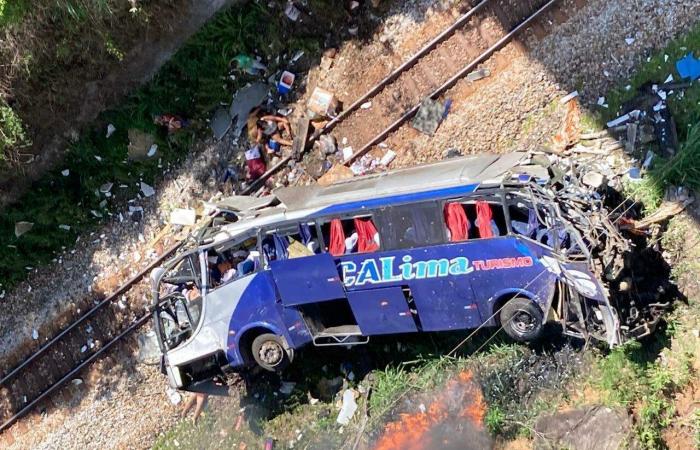 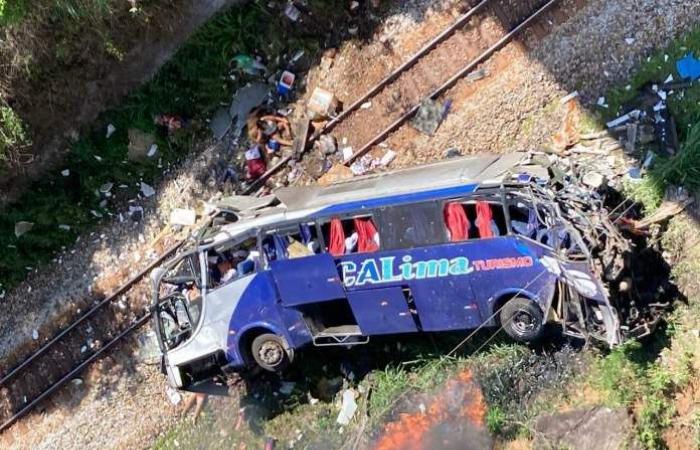 According to expertise, the first impact after the fall occurred 26 meters from the bridge; then, the vehicle made a longitudinal turn until the last collision, at the front, 34.5 meters from the viaduct

The causes of the accident with a tour bus that fell from a height of 35 meters from the so-called Ponte Torta, on the BR-381, between João Monlevade and Nova Era, in the Central region of Minas, on the afternoon of last Friday (4) , are still unknown.

It is not yet known whether the bus was speeding at the time of the crash, and whether another vehicle was involved in the accident, which left 18 dead and 26 injured, including a 15-year-old boy. The information was passed on by the Civil Police of Minas Gerais (PCMG) at a press conference held this Saturday afternoon (5) in Belo Horizonte.

According to criminal expert Daniella Rodrigues Caldas Leite, all elements, such as measurements and photographs, were collected from the accident site for analysis. Collective equipment was also collected for experts to analyze if there was any mechanical failure on the bus that may have caused the accident.

Also according to Daniella, it is not possible to specify when the report with the cause of the accident will be finalized, since other exams and complementary expertise may be necessary later.

Before the tour bus fell off the 35-meter bridge, some people managed to jump out of the moving vehicle in a desperate attempt to save their lives. Unfortunately, even so, 18 died and 26 were injured, including a 15-year-old boy.

So far, eight victims of the accident, who were inside the collective, have been heard by Civil Police investigators.

The bus driver who fled the scene of the accident is still missing. Another driver of the collective died in the fall. The police also investigate whether there was a third driver in the vehicle.

*The article has been translated based on the content of Source link by https://www.otempo.com.br/cidades/causas-do-acidente-com-o-onibus-de-turismo-na-br-381-ainda-sao-desconhecidas-1.2421720
. If there is any problem regarding the content, copyright, please leave a report below the article. We will try to process as quickly as possible to protect the rights of the author. Thank you very much!

These were the details of the news Causes of the accident with the tour bus on BR-381 are... for this day. We hope that we have succeeded by giving you the full details and information. To follow all our news, you can subscribe to the alerts system or to one of our different systems to provide you with all that is new.