Libya: Why did Williams’ statements anger the reconciliation government and its... 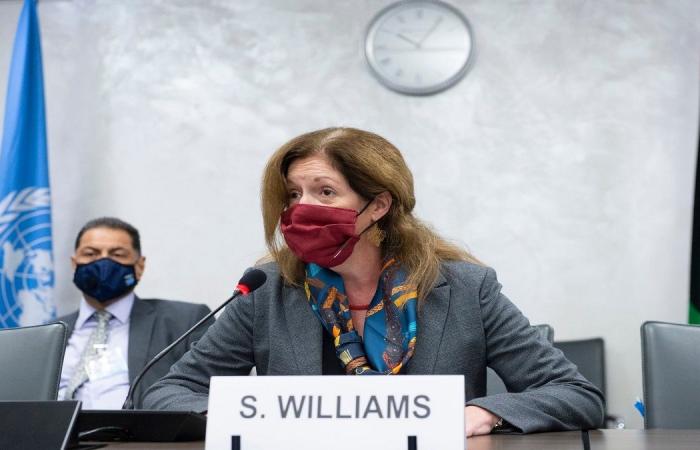 Speech brought the UN envoy to Libya Stephanie WilliamsIn front of the participants in the Libyan Dialogue Committee, which was convened by means of video communication, angry reactions, especially from parties and personalities affiliated with the Government of National Accord and the Presidential Council of the State.

According to observers of the Libyan affair, personalities supporting the militias, and parties affiliated with the Government of National Accord and the State Council in Tripoli felt that the intent of Williams ‘words was to refer to Turkey’s intervention, and the presence of foreign mercenaries in the west of the country, which prompted them to launch a series of statements against Williams’ words.

Political analyst Mahmoud al-Amami believes that Williams’ recent statements, although they did not clearly indicate the intended party, but phrases such as “You may think that these foreigners are here as guests, but now they occupy your homes, and this is a flagrant violation of the arms embargo”, gives a clear indication that what is meant is They are the mercenaries who were pushed by Turkey to Libya.

Al-Amami added, in a statement to “Erm News,” that the beneficiaries of the presence of mercenaries and the Turkish intervention made sure that the intent of Stephanie’s words affected their interests from the presence, so they attacked them.

According to former diplomat Ahmed Gharsallah, the statements of Al-Wefaq Foreign Affairs prove that Williams’ message reached its intended destination, and thus the reactions of the intended people came to prove the identity of the side that Williams was concerned with from her speech.

Gharsallah indicated, in a statement to “Erm News,” that the foreign ministry’s response proves that Williamss words reached his station. Because it did not say who is it intended ?, and despite that, the Foreign Ministry indicated in its responses that signing agreements and memoranda of understanding with friendly countries is a Libyan affair that is compatible with legitimacy and does not contradict international law, in reference to the agreements signed with Turkey. .

According to security expert Abdul Khaleq Al-Jasser, what Stephanie Williams said was an attempt by her to deliver a message to the intransigent parties in the dialogue, specifically the leaders close to political Islam, and also associated with the regional militias in Misurata and Al-Zawiya, each of which seeks to obtain the largest share in the stage of the new rule in Lybia.

Al-Jasser explained, in a statement to “Erm News”, that these statements by Williams will not have an impact against these groups, nor will they stop the penetration of the arms embargo from Turkey, nor the arrival of terrorist groups through airports in western Libya, indicating that he returns to the mission’s statements. Internationalism since the occurrence of the crisis, we find it taking place in this camouflaged context, without taking strong deterrent decisions against the violators.

It is worth noting that Williams said, last Wednesday, that “Libya currently includes ten military bases throughout the country, not in a particular region, and is partially or completely occupied by foreign forces,” warning that “the Libyan territories currently contain 20 thousand foreign forces or Mercenaries, and this is a terrible violation of Libyan sovereignty. ”

And she added: “You may see that these foreigners are here as guests, but now they occupy your homes, and this is a flagrant violation of the arms embargo,” adding that “these are the ones who are causing the flow of arms to Libya, and Libya does not need more weapons.”

These were the details of the news Libya: Why did Williams’ statements anger the reconciliation government and its... for this day. We hope that we have succeeded by giving you the full details and information. To follow all our news, you can subscribe to the alerts system or to one of our different systems to provide you with all that is new.