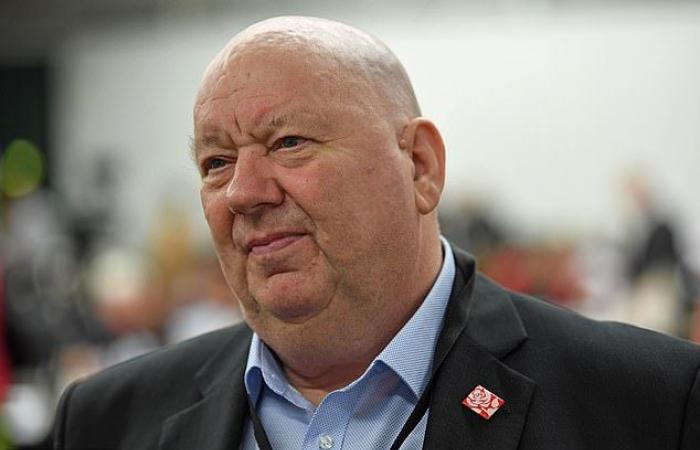 By Isabella Nikolic for Mailonline

The mayor of Liverpool was arrested for bribery and intimidation of witnesses.

Joe Anderson, 62, was arrested by Merseyside Police alongside four other men as part of a police investigation into construction and development contracts in the city.

Police did not confirm the mayor’s identity, but said a 62-year-old man was arrested on suspicion of conspiracy to bribe and intimidate witnesses.

The 62-year-old is believed to be Anderson – who made headlines in October backing plans to place the city in a Level 3 lockdown.

Along with the 62-year-old, four others were also arrested, reports the Liverpool Echo.

Two other men – aged 46 and 33 – were charged with conspiracy to bribe and intimidate witnesses.

The Labor politician has ruled the city since 2010 and has served as mayor since 2012.

Last year he won the Labor Party selection to run for mayor in the city for a third term in the delayed May elections.

These were the details of the news Liverpool Mayor Joe Anderson arrested alongside four others in construction contract... for this day. We hope that we have succeeded by giving you the full details and information. To follow all our news, you can subscribe to the alerts system or to one of our different systems to provide you with all that is new.