The woman who sentenced Karl-Heinz Grasser 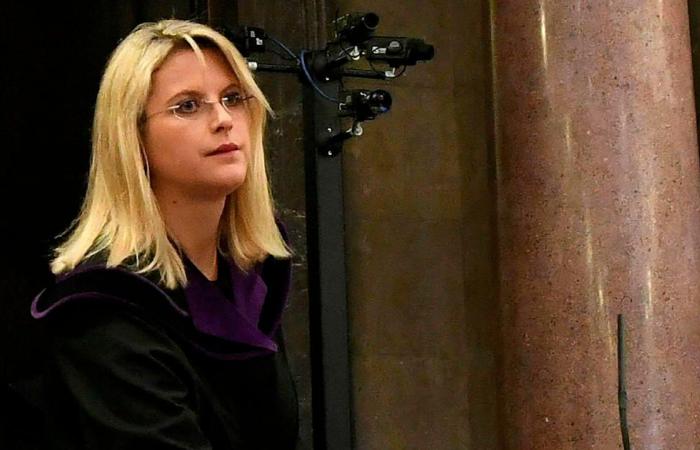 As of today she is probably the most famous judge in Austria. Marion Hohenecker announced the verdict in the litigation of the century surrounding the BUWOG scandal this morning at around 11 a.m.: Ex-Finance Minister Karl-Heinz Grasser (FPÖ / ÖVP) was sentenced to eight years imprisonment for breach of trust and acceptance of gifts by officials as well as forgery of evidence sentenced.

Hohenecker has earned a reputation for being friendly in dealings with, but strict in matters. Competent, correct and extremely meticulous, she manages to unravel the most complicated facts – even with humor every now and then. This is how it is described by colleagues in the Vienna Regional Criminal Court.

But her initially harshest critics also paid her the greatest respect at the end of the BUWOG trial: Hohenecker worked his way through all the charges with particular precision, immersed himself in minutes for days and had them projected onto the wall of the courtroom, among other things, via a beamer go through the accused word for word. In the 168 days of negotiations, Hohenecker never lost track of the process of the century. Judge Hohenecker also shed light on strands of action that the corruption prosecutor paid little attention to. Even the accused Grasser thanked the judge for her care. You have given him back the confidence in the judiciary that he would have lost in the preliminary investigation – but that was in the middle of the process. He may have disagreed as of this morning.

During the three-year trial, Hohenecker demonstrated extensive knowledge of the huge court file and led through the busy trial days with great calm and a dose of humor. At times she even amazed Grasser because she knew more about his private life than he himself (wanted to admit). Including – to the great amusement of the hall – even his wedding date, when she corrected it. “You are characterized by meticulous research,” commented Grasser on the situation.

In the course of the lengthy corruption process, Hohenecker showed her poker face again and again, kept professionalism and an overview of the 825 page-long indictment and did not allow himself to be disturbed by verbal attacks by the defense lawyers. So she remained cautious in the media and consistently refused interview requests. In contrast to the judge in the BAWAG trial, Claudia Bandion-Ortner, who gladly and frequently presented herself to the public and was appointed Minister of Justice after the procedure.

Portrait of the judge

Suitcases of money that are handed over for bribery purposes are nothing new for the 39-year-old. The BUWOG judge, who was born in Wolfsberg in Carinthia and did not lose her dialect even in Vienna for many years, began her legal career at the Vienna Public Prosecutor’s Office. She then moved to the Vienna Regional Criminal Court, where in 2011 she was transferred to a negotiating department for white-collar crime.

Her name was first mentioned in the media in connection with the trial against “Burglar King” Ernst Stummer. Before she sent him to prison, she had the book he wrote signed. She quickly earned a reputation as a judge with very precise litigation and precisely executed judgments that no longer have to be overturned in the higher instance – even in prominent cases such as the infidelity trial against ex-FPÖ and -BZÖ politician Peter Westenthaler.

The convicted Westenthaler once attested the judge two faces: in the process factually, precisely and with great detailed knowledge, but when the verdict was pronounced she knew no mercy. When he asked how long the judgment consultation will take, she just replied dryly: “Until we are finished.” In the judgment itself, she commented with the following words: “So, Mr. Westenthaler! At halftime you won 2-0, then we exchanged the referees and now we have won 3-2.” Because Hohenecker turned his acquittal from an earlier trial into a guilty verdict.

The 39-year-old is married to Manfred Hohenecker (51), who works as a judge at the Korneuburg Regional Court. However, her husband almost cost her the chairmanship of the BUWOG trial. Grasser’s lawyers suspected bias on the part of the judge in the first phase of the trial, as her husband spread critical messages against Grasser on Twitter. These allegations were dismissed by the jury’s senate: it was not in keeping with the spirit of the times to hold a judge responsible for her husband’s opinion.

Marion Hohenecker has long been one of the best judges in the country. Now the public knows too.

The verdict announced today is only the temporary end of the BUWOG scandal that began in 2009. The verdict against ex-Finance Minister Grasser is not final.

These were the details of the news The woman who sentenced Karl-Heinz Grasser for this day. We hope that we have succeeded by giving you the full details and information. To follow all our news, you can subscribe to the alerts system or to one of our different systems to provide you with all that is new.