The miracle baby girl … a woman who gives birth to... 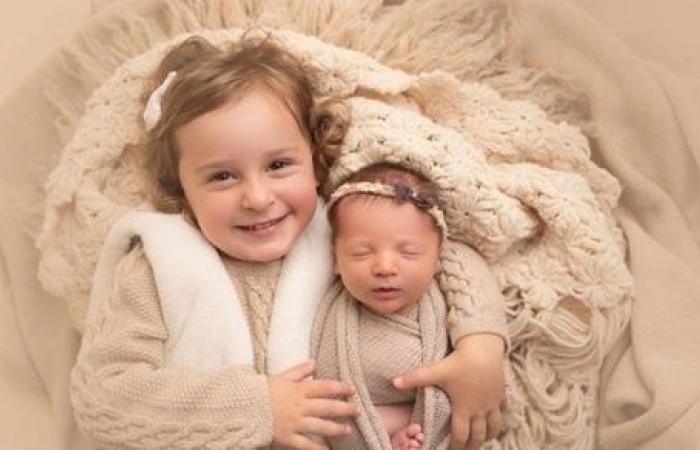 The miracles of science are still dazzling us all day after day. Have you thought for a moment that the day will come when the age difference between a child and her mother becomes a mere few months, or that the embryos will be frozen for long years and be born healthy and healthy, as that happened already those days and a woman gave birth to a child, the difference between them is 18 months.

The technically wondrous child was 27 years old when she was born 18 months younger than her mother thanks to the wonders of science, according to the British newspaper “Daily Mirror”.

Molly Everett Gibson was born with a frozen embryo in October 1992, just 18 months after her 29-year-old mother, Tina, was born in April 1991.

‘Miracle Molly’ broke the previous record set by her sister, Emma Wren, who spent 24 years as a frozen fetus before she was born in November 2017, both of the entire genetic embryos were frozen together and transferred to Tinas womb three years later.

“As far as we’re concerned, Molly is a little miracle we have,” the new mother, “Tina”, told the New York Post. And researchers at the University of Tennessee Preston Medical Library say that “Molly” enters history books as the longest frozen fetus known to lead to a live birth .

“It was so rewarding for me to see an embryo that was frozen years ago and resulting in the birth of a beautiful baby,” said Carol Somerville, laboratory director at the National Embryo Donation Center. “I feel proud to be part of this process.”

Tina and her husband Benjamin have been married for 10 years and had previously raised children before considering traditional adoption, however, in early 2017, Tinas parents told her about the non-profit organization that aims to help women conceive a donor fetus.

Although the idea was ignored at first, Tina said she and Benjamin “couldn’t get it out of their minds,” and eventually, they visited the New European Command Center and were introduced to profiles of 300 strangers who donated spare embryos after IVF treatments.

“We weren’t picky, we just wanted a baby,” Tina added, narrowing their options to donate to couples who were short before looking at health backgrounds.

On the first day of her embryo transfer, “Emma”, “Tina” was surprised to learn that it had been frozen for 24 years, and when Tina and her husband decided to give Emma a brother, they said it was illogical to choose an embryo from the same donors.

“As long as the embryos are properly kept in the liquid nitrogen storage tank at -396 degrees, we feel they may be good indefinitely,” said Dr. Somerville, who oversaw the micro-thawing of both embryos.

These were the details of the news The miracle baby girl … a woman who gives birth to... for this day. We hope that we have succeeded by giving you the full details and information. To follow all our news, you can subscribe to the alerts system or to one of our different systems to provide you with all that is new.