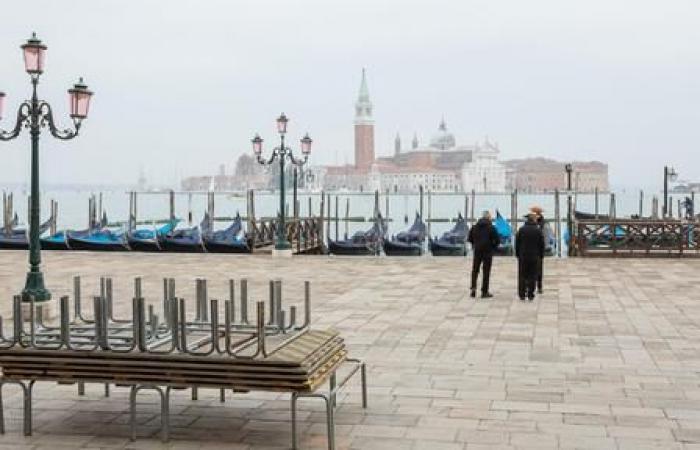 Italy has tightened the corona measures further. In the night the government decided to tighten restrictions over Christmas into the New Year. Traveling to other regions is then prohibited.

The Italians are supposed to stay home over Christmas and New Years. In the fight against the coronavirus, the government is severely restricting freedom of movement over Christmas into the New Year. The decision was taken by Prime Minister Giuseppe Conte’s cabinet during the night. With the tightened travel bans until January 6, Rome wants to prevent the number of infections from rising again. The 60 million Italians are to be discouraged from setting off on Christmas holidays in large numbers or visiting distant relatives.

Do not travel to other regions

Specifically, this means that from December 21st, travel between the regions of Italy is prohibited. People are then not allowed to go to their holiday apartments on the coast or in the mountains. The ban is valid until January 6th. Exceptions are possible for work, for health reasons and in other emergencies. Return to the main place of residence is still allowed.

The main aim of these measures is to prevent the large gatherings of families and friends that are common in Italy during the Christmas holidays. Hotels are still open, but are only allowed to accept guests from their own region.

The reins are tightened over Christmas and New Year: on December 25th, 26th and January 1st it is forbidden to move outside of your city. Close relatives may also only be visited if they live in the same community. Exceptions are only possible if someone is in poor health and needs support.

The ski slopes in Italy will also be closed over Christmas and New Year. The government has extended the relevant regulation by 50 days. So that Italians do not go abroad for their ski holidays, a quarantine obligation for returnees is to be introduced.

Bars and restaurants across the country still have to close at 6 p.m., in so-called red zones they are not allowed to open at all.

There is currently a partial lockdown in Italy with three corona risk zones. In the red zones, citizens have to stay at home if possible. So far, however, people have been allowed to travel freely between the areas of the lowest risk level, the yellow zones. According to Health Minister Roberto Speranza, this type of classification should in principle be retained. However, further special regulations are allowed over Christmas.

Speranza had said in parliament on Wednesday that Italy threatened “a third wave” in January and February without tightened Christmas restrictions. A new emergency decree with further regulations was still in the works in the center-left government. Italy has officially counted more than 1.6 million corona infections so far.

These were the details of the news Corona pandemic: Italy bans travel over Christmas for this day. We hope that we have succeeded by giving you the full details and information. To follow all our news, you can subscribe to the alerts system or to one of our different systems to provide you with all that is new.