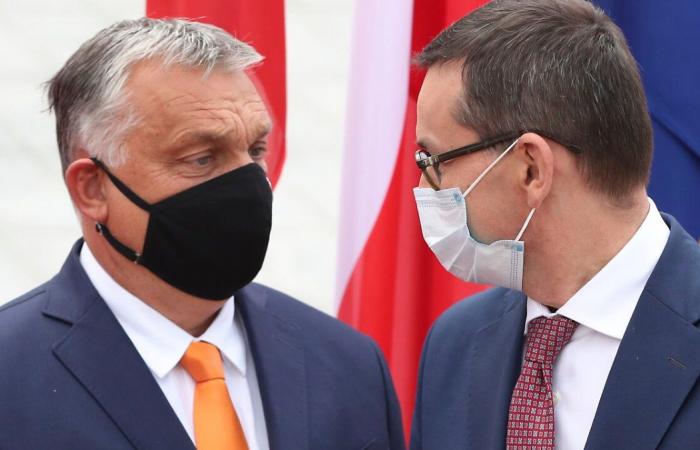 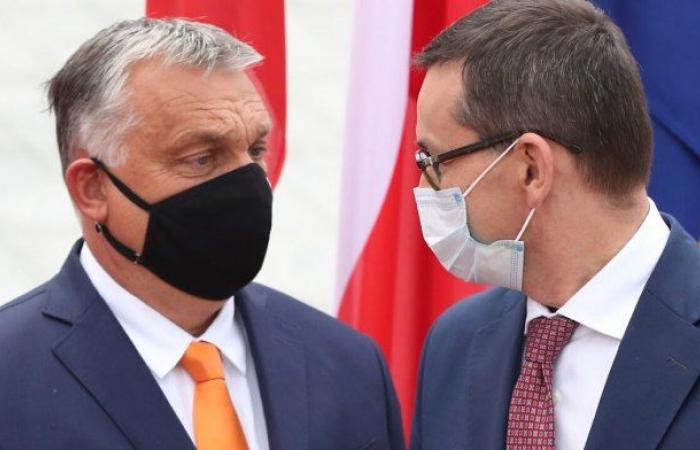 With a highly controversial veto, Poland and Hungary are not only blocking the next EU budget, but also a corona aid package worth billions. That could take revenge in the end. In Brussels there are simulation games for an emergency budget without the two countries.
According to the experts responsible, the corona aid planned by the EU could also flow if Hungary and Poland stick to the blockade of EU budget decisions. As a senior EU official said in Brussels, it would be possible to raise the 750 billion euros budgeted for the aid without the two countries participating in the financial markets. Such a solution could for example be organized through the “enhanced cooperation” procedure provided for in the EU treaties. A group of at least nine EU states can agree on extended cooperation with him without the other EU states having to participate.

Even the repayment of the 750 billion euros through the community budget would be possible, it said. For countries not participating in the aid program, there would then only have to be corresponding corrections to their contribution payments. Hungary and Poland are currently blocking necessary decisions for the billion-dollar Corona economic aid and the EU’s next long-term budget in protest against a new procedure to punish violations of the rule of law. A solution to the conflict was not in sight until the end. For the EU, this could mean that it will only have a kind of emergency budget available from January.

Erasmus would end up in emergency mode

Such an emergency budget would be 25 to 30 billion euros less than the previous plans, said the EU representative. Accordingly, there would be cuts especially in the structural and regional funds. The Commission representative said that all newly launched programs for which there would then be no legal basis would no longer be financed. The Horizon Europe research program, the border protection budget and the fund to support regions that are pulling out of coal would be affected. The student exchange program Erasmus would also “end immediately” according to the information.

Those EU countries that are economically severely affected by the Corona crisis and at the same time have a debt problem depend on the corona aid. These are, for example, France, Italy, Spain, Portugal and Belgium.

These were the details of the news Past Hungary and Poland: Brussels is tinkering with budget without veto... for this day. We hope that we have succeeded by giving you the full details and information. To follow all our news, you can subscribe to the alerts system or to one of our different systems to provide you with all that is new.