President Trump risks shooting himself in the foot 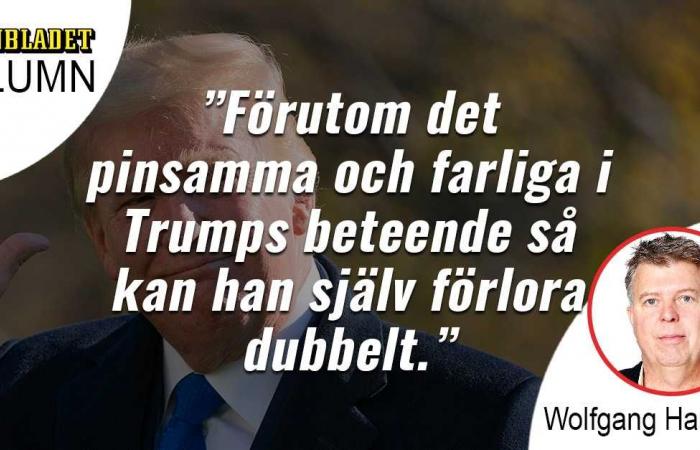 All disputed states in the presidential election have now certified their results.

In all cases, Joe Biden has been named the winner.

Despite this very heavy adversity, President Donald Trump continues to claim cheating, trying to get Republican authorities to change the results and thus risk shooting himself in the foot.

Georgia, Michigan, Pennsylvania and Nevada had previously determined their results. This means that they have gone through all the accusations of irregularities and possible mistakes and found that the elections went correctly and that any shortcomings did not affect the outcome of the election.

Yesterday, the last two disputed states joined this crowd. Both Arizona and Wisconsin gave approval to their results.

This means that the election result is now almost official. Joe Biden won the presidential election with 306 electoral votes against Trump’s 232. All that remains is for the Electoral College to formally vote the same way on December 14.

The certification process is usually purely formal and never attracts any attention. Except just this year. This after President Trump already immediately after the election claimed that there had been extensive election fraud. Without presenting evidence.

Since then, the president’s legal team in the courts of the states concerned has tried to have the results annulled by claiming cheating. However, in almost all cases, the courts have rejected the lawsuits on the grounds that no evidence has been presented.

We are now almost a month from election day on November 3. The Trump campaign has more or less exhausted the legal possibilities to change the election result.

Despite this, Donald Trump refuses to admit defeat.

In a tweet, he urges the governor of Georgia to lift the approval of election results issued by the state’s election general. Since the law explicitly forbids governors from running in elections, it would be a crime.

Trump continues attempts to have 230,000 postal votes in Wisconsin annulled.
At best, Trump’s actions appear eccentric. In the eyes of many, the president’s unabashed attempts to carry out a coup continue.

Most bizarre of all is that leading Republicans continue to hold the presidency while he tries to destroy the democratic institutions on which the United States of America rests. They are afraid of being banned by Donald Trump and thus risk the wrath of the Trump-loyal voters as well.

Let’s see how the election ended now that the results have been determined.

Georgia – Joe Biden’s margin of victory was 12,670 votes after recalculation by hand.
Pennsylvania – Biden won by a margin of 60,000 votes. That’s nearly 20,000 more than Trump won the state in 2016 against Hillary Clinton.

Trump became president in 2016 because he managed to win the normally democratic states of Pennsylvania, Michigan and Wisconsin by a total of 77,000 votes. Now Biden took back these states with a total margin of over 230,000 votes, almost three times as much.

In 2016, Hillary Clinton admitted defeat already on election night. In 2020, Trump will continue to claim electoral fraud one month after the election and after all results have been determined.

Undoubtedly two diametrically different ways of dealing with a loss.

In addition to the embarrassing and dangerous behavior of Trump, he himself can lose twice.

In Georgia, re-election to the two senators’ seats awaits on January 5. Elections determine which party gains power in the Senate. If the Democrats win both seats, they can control which investigations may be launched against Trump after he leaves the White House, for example for his handling of the corona pandemic.

With Trump constantly nagging about election fraud, there is a risk that some of his supporters in Georgia do not even think it’s worth the effort to go to the polls. Thus, the president risks indirectly helping the Democrats to power in the Senate.

His ego even seems to be bigger than his survival instinct.

These were the details of the news President Trump risks shooting himself in the foot for this day. We hope that we have succeeded by giving you the full details and information. To follow all our news, you can subscribe to the alerts system or to one of our different systems to provide you with all that is new.