Saudi Arabia is threatening a new price war on the oil... 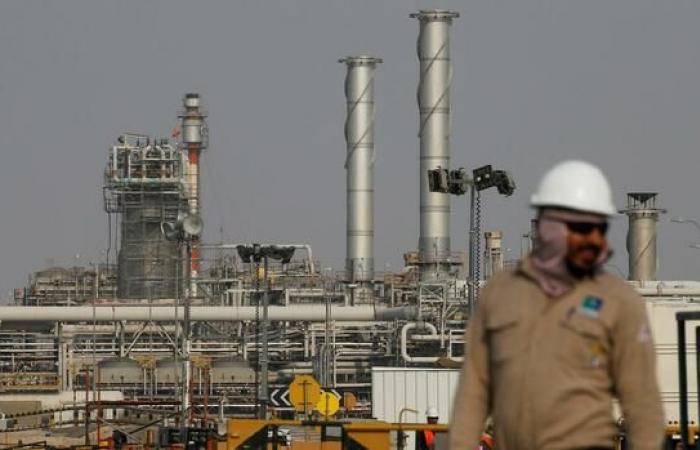 The kingdom advocates strict oil production quotas – and threatens to go it alone.

Frankfurt For a moment it looked as if the two-day summit of the oil cartel in Opec would end in scandal after the first day. The Saudi energy minister, Prince Abdulaziz bin Salman, has threatened to resign from the co-chairmanship of a committee of Opec plus that monitors compliance with the funding quotas, reported the Bloomberg news agency.

The move would probably have heralded the beginning of the end of the oil cartel – with possibly similar consequences as in early March, when Saudi Arabia and Russia started a price war. At that time the oil price plummeted. The resignation of the Saudi energy minister turned out to be a threatening gesture. But it shows how deadlocked the negotiations of the 13 oil-exporting countries are.

Actually, the even more difficult negotiations with the members of the expanded OPEC plus were pending on Tuesday. However, because even the 13 OPEC states could not agree on a common line, the virtual conference in the group of 23 OPEC plus states had to be postponed to Thursday – a rare event in the almost four-year history of OPEC plus.

Saudi Arabia wants to persuade the other oil exporters to extend the current strict production limits by three months. The OPEC-plus states are currently keeping their production artificially low, thus taking almost ten percent of the oil supply off the market. The aim is to reduce global oil stocks and ultimately increase the price.

But some OPEC countries, above all Iraq and Nigeria, would like to start producing more oil again from January. They want to use the recently increased price to improve their ailing public finances a little. An agreement is not yet in sight: on Monday evening, the energy ministers adjourned without result and without giving a statement.

The oil market had anticipated a three-month extension of the existing, stricter production quotas. Therefore, the new uncertainty ensured that prices fell significantly. The North Sea variety Brent has now fallen below the $ 45 mark. On Tuesday morning, however, oil prices rose slightly.

In many OPEC countries a certain lockdown fatigue can be observed, says analyst Helima Croft from the investment bank RBC Capital Markets. Fragile states like Iraq and Nigeria are particularly suffering from the severe cuts in funding. In addition, both countries have repeatedly produced too much in the past and, under pressure from Saudi Arabia and other Gulf states, have to compensate for this with even greater cuts.

The postponement of the Opec-plus meeting and the threat to resign from the Saudi energy minister make it clear that “this time things are going to be high,” says analyst Croft. She continues to believe that Opec plus can bring about an extension of the strict funding quotas for a short period of time. “But the recent uproar is not a good sign of solidarity in the coming year.”

Saudi Arabia fears that the continued high number of corona cases worldwide will put a strain on oil demand in the short term, mainly because intercontinental air traffic has not yet started up again. At the same time, the civil war country Libya has ramped up its own production again. In the medium term, Iran could also return to the international oil market under a US President Joe Biden.

Therefore, the kingdom sees the danger of oversupply. Nigeria and Iraq, on the other hand, force economic hardship into the opposition. During the spring oil price collapse, Iraq was barely able to pay half of its officials. “In view of the low export income, crude oil producers have strong incentives not to adhere to agreed production cuts and thus to create urgently needed additional income,” the DIW energy experts recently wrote in a study.

Originally, Opec plus planned to produce two million more barrels a day from January. But then, according to calculations by the analysis company Rystad Energy, there is a risk of an excess supply of 200 million barrels in the months from January to May. That should fill the oil stores again – and put a further strain on oil prices. Bjornar Tonhaugen, chief analyst for the oil markets at Rystad Energy, sees the price of Brent at $ 40 or less if there is an increase in production. The energy ministers of the oil cartel will therefore face tough negotiations in the next few days.

More: Investors are betting on a trend reversal in the oil market.

These were the details of the news Saudi Arabia is threatening a new price war on the oil... for this day. We hope that we have succeeded by giving you the full details and information. To follow all our news, you can subscribe to the alerts system or to one of our different systems to provide you with all that is new.