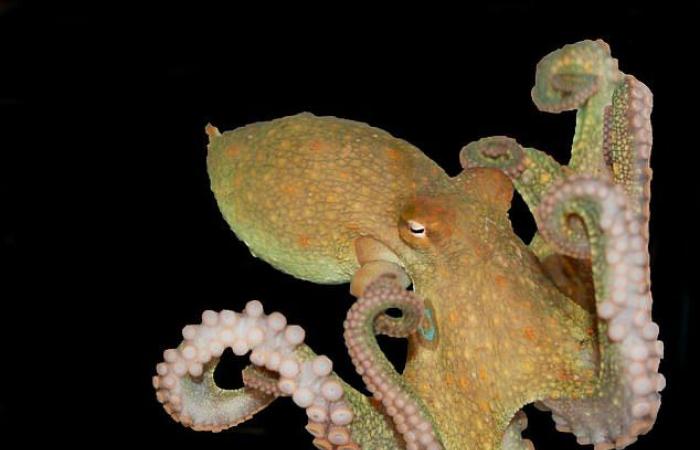 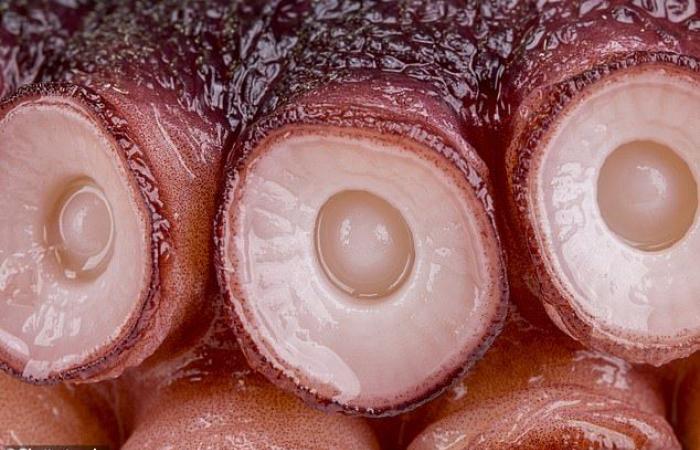 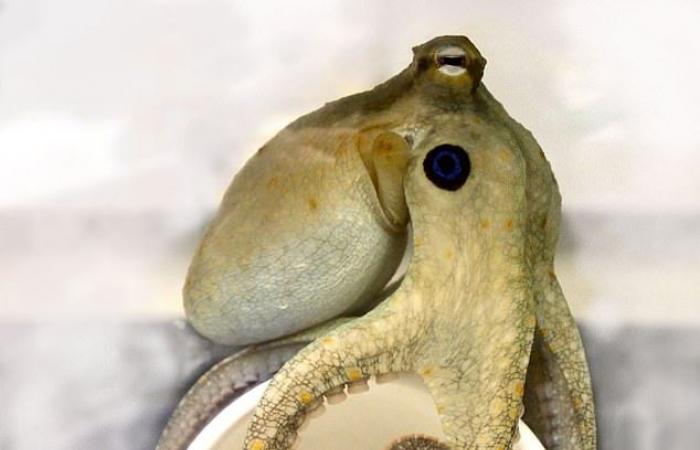 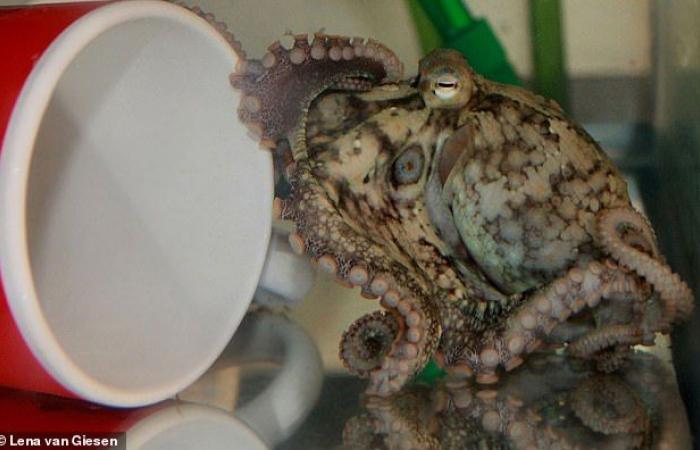 Scientists have shown how octopuses can “taste” things by simply touching them with the suction cups on their tentacles.

According to US researchers, sensors in the first layer of cells in the suction cups have adapted to react and detect molecules that do not dissolve well in water.

These sensors, called “chemotactile receptors”, use these molecules to help the animal find out what it is touching and whether that object is prey.

The chemotactile receptors send signals to the creature’s nervous system to help the squid suffocate prey or keep searching for food.

Some marine invertebrates that hunt octopuses produce chemicals known as terpenoids that act as defense or warning signals.

By recognizing these signals with their tentacles and chemotactile receptors, squid can also avoid toxic prey.

The researchers have new insights into how the sensory abilities of the octopus’s eight tentacles work. Few studies had looked at how the suction cups do this at the molecular level

The eight tentacles covered with suction cups are essential for an octopus to forage, but few studies have examined how the suction cups do it at the molecular level.

It turns out that the molecules in the water and their aquatic “taste” are also key to the hunting process.

“We think that because the molecules don’t solubilize well, they could be found on the surface of prey for squids and whatever the animals touch, for example,” said Harvard University author Nicholas Bellono.

“When the squid touches a rock against a crab, its arm now knows,” OK, I’m touching a crab because I know there’s not just touch, but that kind of taste. “

“We think this is important as it can ease the complexity of the octopus’ perception and the processing of a range of signals using its semi-autonomous arm nervous system to create complex behaviors.” 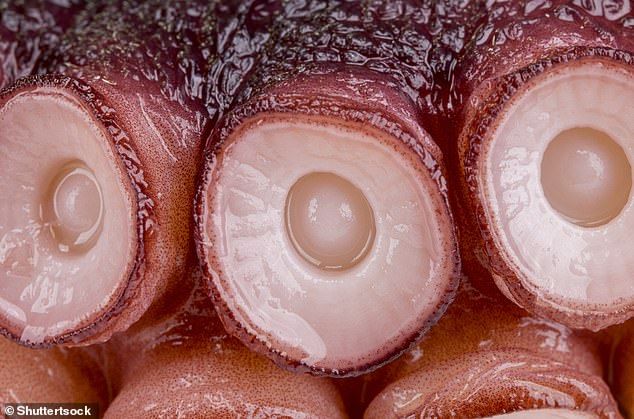 Close up of an octopus’s suction cups lining its eight tentacles. Scientists identified a novel family of sensors in the first layer of cells in the suction cups that have adapted to respond and detect molecules that do not dissolve well in water. These sensors, called chemotactile receptors, use these molecules to help the animal find out what it is touching and whether that object is prey

About two-thirds of an octopus’ neurons are located in its tentacles, some of which work independently of the brain.

Because of this, a severed squid arm can reach for, identify, and grab objects for at least an hour after they become detached from the body.

Bellono and colleagues had already shown that the California two-point octopus (Octopus bimaculoides) reacts differently when its suckers touch a prey object than another object.

To learn more, the researchers took a closer look at the squid’s suction cups to identify the discrete populations of chemotactile receptors.

After isolating and cloning the receptors, they inserted them into frog eggs and human cell lines to study their function in isolation.

The researchers then exposed these cells to molecules such as extracts from squid prey and other items that these receptors are known to respond to.

Some test subjects were water soluble, such as salts, sugars, amino acids, while others did not dissolve well. 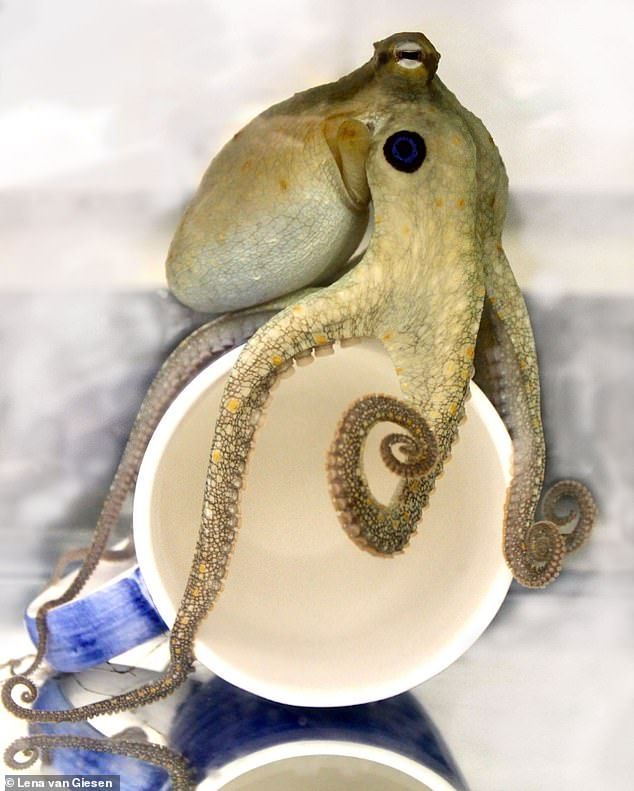 Close up of an octopus touching a cup. Each of its eight tentacles can still grip after being separated from the body for at least an hour

The team found that only the poorly soluble molecules – those that did not dissolve in water – activated the receptors.

The researchers then went back to the squids in their laboratory to see if they too responded to these molecules by placing the same extracts on the bottom of their tanks.

They found that the only substances the octopus receptors responded to were a non-dissolving class of naturally occurring chemicals known as terpenoid molecules.

‚[The octopus] only responded to the part of the ground the molecule was infused on, ”Bellono said.

This led the researchers to believe that the receptors they identified pick up these types of molecules and help the octopus distinguish what it is touching.

“With the semi-autonomous nervous system, it can quickly make this decision:” Do I pull myself together and grab this crab or keep looking? “Said Bellono. 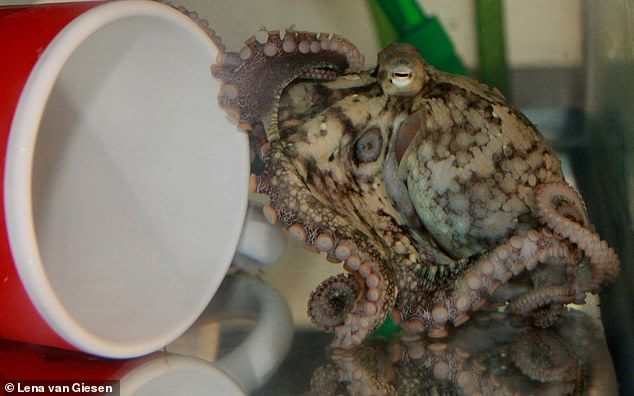 The researchers suggest that further study is needed because a large number of unknown natural products could also stimulate these receptors.

“We’re now trying to study other natural molecules that these animals might discover,” Bellono said.

Similar receptor systems can occur in other cephalopods, the invertebrate family that includes cuttlefish and cuttlefish.

“Not much is known about the behavior of marine chemotactiles. With this family of receptors as a model system, we can now investigate which signals are important for the animal and how they can be coded, ”said study author Lena van Giesen from Harvard University.

“These insights into protein development and signal coding go far beyond cephalopods.”

The study was published in the journal Cell.

OCTOPUS TENTACLES CAN MAKE DECISIONS WITHOUT A BRAIN

Octopus suckers can take action in response to information they receive from their surroundings.

The arms process sensory and motor information and collect collective actions in the peripheral nervous system without waiting for commands from the brain.

“The octopus’s arms have a neural ring that bypasses the brain so that the arms can send information to each other without the brain knowing,” said Dominic Sivitilli of the University of Washington in Seattle, USA.

“While the brain is not entirely sure where the arms are in space, the arms know where they are, and this allows the poor to coordinate actions like crawling.”

Of the octopus’ 500 million neurons, more than 350 million are in its eight arms.

The arms need all of this processing power to manage incoming sensory information, move, and track their position in space.

By processing information in the arms, the octopus can think and react more quickly, as is the case with parallel processors in computers.

Researchers studying the behavior and neuroscience of octopuses have long suspected that the animals’ arms might have minds of their own.

An octopus arm that has been severed from its body will move for at least an hour and may still have grasping reflexes.

These were the details of the news Scientists show how octopuses can “touch” things by touching them for this day. We hope that we have succeeded by giving you the full details and information. To follow all our news, you can subscribe to the alerts system or to one of our different systems to provide you with all that is new.