The arbitrary arrests of opponents over the weekend are part of a growing crackdown on dissenting voices by Togolese authorities since President Faure Gnassingbé was re-elected for a fourth term in February, Amnesty International said today .

The custody of Brigitte Kafui Adjamagbo-Johnson, new coordinator of the Dynamique Monseigneur Kpodrzo (DMK), a group of opposition parties and civil society organizations in Togo, and Gérard Yaovi Djossou, in charge of social affairs and human rights, was extended yesterday. They were arrested on November 28 and 27 respectively, after the DMK called for a large demonstration in Lomé to denounce the results of the presidential election and the judicial harassment against opponents. They are accused of grouping together criminals and attacking the internal security of the State.

“The arrest of the two opponents seems to be strictly linked to the call for demonstrations and appears as a new illustration of the authorities wanting to silence the opposition and dissenting voices,” said Marceau Sivieude, deputy regional director of Amnesty International for West and Central Africa.

“The Togolese authorities must immediately and unconditionally release Brigitte Kafui Adjamagbo-Johnson and Gérard Yaovi Djossou, and respect the freedom of expression and peaceful demonstration of all people, including political opponents. “

The Minister of Territorial Administration cited reasons related to the Covid-19 pandemic to prohibit the demonstration of the opposition. The two opponents were arrested and their homes searched.

“The fight against the COVID-19 pandemic should not be used as a pretext to justify the illegal practice of the systematic ban on demonstrations of the political opposition in Togo,” said Marceau Sivieude.

According to information gathered by Amnesty International, Brigitte Kafui Adjamagbo-Johnson went to visit Gérard Yaovi Djossou who was arrested on November 27. In the premises of the Central Criminal Investigation and Investigation Service (SCRIC), she will be given a summons.

She returned to her home accompanied by elements of the SCRIC, who came to search with a photographer. They searched Brigitte’s bedroom and that of her child, took two satchels containing personal documents of her family, one ten notebooks, attendance sheets, a computer and two hard disks. The charges against her were notified to her after a six-hour hearing at the SCRIC premises.

Gérard Yaovi Djossou was heard for 10 hours, handcuffed and without the presence of his lawyer, according to information obtained by Amnesty International. He was arrested in Lomé in traffic by plainclothes gendarmes. One of the plainclothes officers allegedly punched him three times.

16 people, militants of the DMK, were arrested on April 21, indicted for the fragrant offense of rebellion, tried and then sentenced to 12 months in prison, including eight months suspended. They wanted to oppose the arrest of the opponent Agbéyomé Kodjo on the same day. They were released on August 25.

In addition, harassment against journalists continues. During this year, several Togolese media have been sanctioned by the High Authority of Audiovisual and Communication (HAAC), in particular ordering the suspension of newspapers such as’ Alternative, ‘Fraternité’ and ‘Liberté’.

These were the details of the news new arrests of opponents are part of a growing crackdown on... for this day. We hope that we have succeeded by giving you the full details and information. To follow all our news, you can subscribe to the alerts system or to one of our different systems to provide you with all that is new.

Dustin Diamond (Screech in “Saved by the Bell”) Has Advanced Cancer 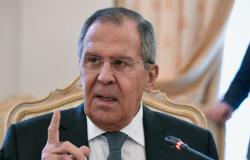 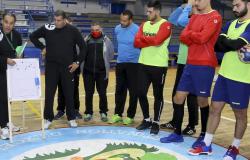 [Faits Divers] Ricardo in turn delivers his version: “I am described as the worst criminal in the world when I was beaten eight to... 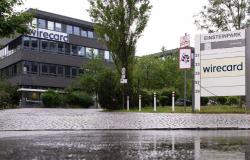