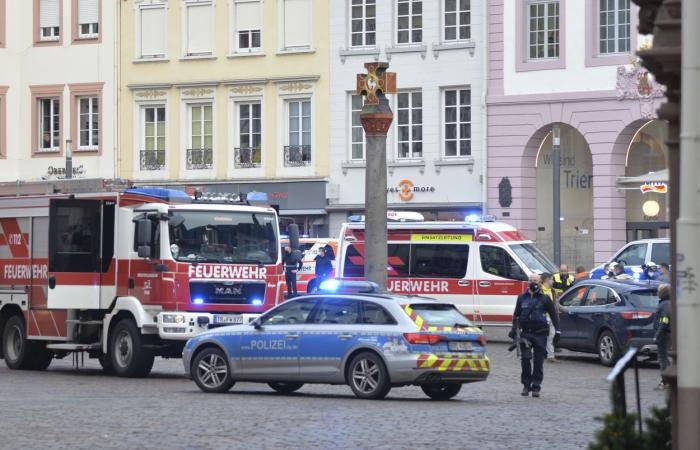 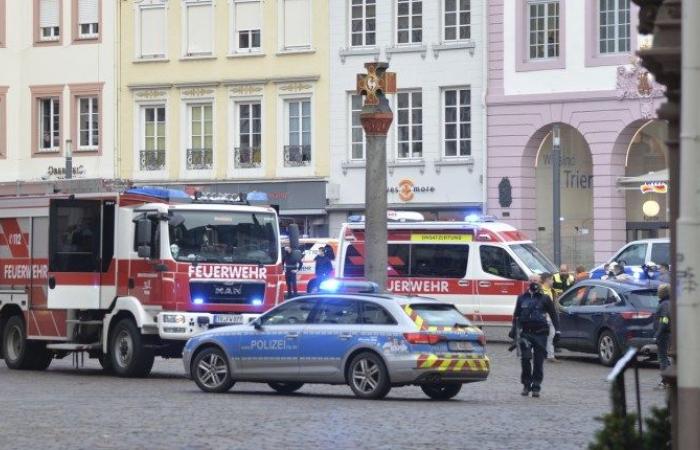 A car crashed into passers-by on Tuesday in a pedestrian zone in Trier, Germany, killing at least two and injuring around 15. Its driver was arrested, police said.

At least two people have been killed and several injured in this town in Rhineland-Palatinate, in southwestern Germany, not far from the border with Luxembourg, police said on Twitter.

The police are not currently able to specify whether it is an accident, the gesture of a madman or a possible attack with the ram car.

The population asked to avoid the area

Fifteen people were injured, some “seriously”, according to the mayor of the city, Wolfram Leibe, referring to a “crazy driver”. The vehicle was seized by investigators, police said. A man was arrested, local police added, without giving further details.

The police and the municipality of Trier have asked the population to avoid this pedestrian zone in the center of the city where an important security device has been deployed.

A short video of the pedestrian zone showed overturned stalls and debris on the pavement.

“What happened in Trier is shocking. Our hearts go out to the relatives of the victims, to the many injured and to all those who are currently on duty to care for those affected”, reacted on his side the door -speaking of Angela Merkel, Steffen Seibert, on Twitter.

If the origin of these facts is not yet established, they intervene in a tense context in Germany. The authorities are on the alert regarding the Islamist threat, particularly since the ram truck attack claimed by the Islamic State group which killed 12 people in December 2016 in Berlin.

Since 2009, the German authorities have foiled 17 such attack attempts, the majority of them since the 2016 attack. Recently, a 20-year-old Syrian boy is suspected of having killed a passerby with a knife in the street in Dresden and to have injured a second for Islamist motivations. He was stopped.

The police also dismantled this spring in North Rhine-Westphalia a cell of suspected terrorists from Tajikistan linked to ISIS.

Since 2013, the number of Islamists considered dangerous in Germany has increased fivefold to currently stand at 615, according to the Interior Ministry. That of the Salafists is estimated at 11,000, twice as many as in 2013. In 2020, 320 new investigations were opened in Germany with a link to the Islamist threat.

These were the details of the news Driver hits passers-by, kills 2 in Trier, Germany – rts.ch for this day. We hope that we have succeeded by giving you the full details and information. To follow all our news, you can subscribe to the alerts system or to one of our different systems to provide you with all that is new.