Washington brandishes sanctions on the Bank of Lebanon! 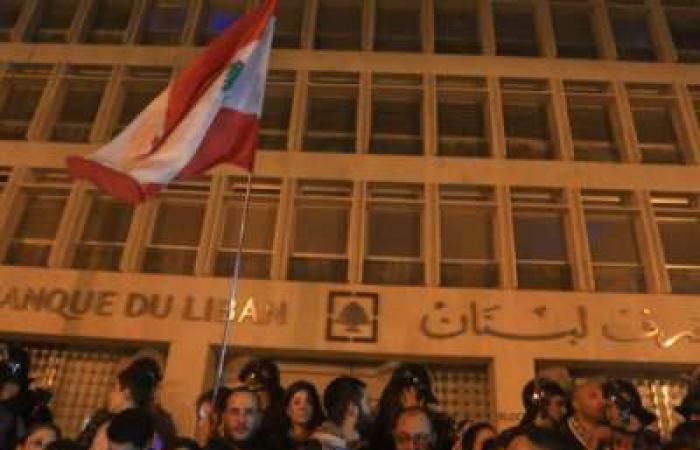 In the eyes of the United States, the governor of the Banque du Liban, Riad Salameh, represents “confidence,” and it is forbidden to hold him responsible for the financial and monetary collapse in the country. The words were said by the American ambassador to Lebanon, Dorothy Shi’a, last June during an interview with OTV, considering that in response to a question about Salameh’s role that “it is not right for any person or institution to be used as a scapegoat for Lebanon’s economic collapse,” and she affirmed that he has “With great confidence in the international financial community.” Xia was not satisfied with her “giving her opinion” safely. Rather, she mobilized all her defenses as soon as the subject of his dismissal was opened, to prevent harm to him. She visited the head of the caretaker government, Hassan Diab, clearly expressing her country’s refusal to replace Salameh with another central bank governor. Therefore, when the “Wall Street Journal” publishes a report entitled “Banque du Liban fuels serious concerns about corruption”, it is “an indication” that the American pressures on Lebanon are heading towards more militancy. What is meant here is not safety, the confidence of Americans and their first deposit in Lebanon, but rather the Central Bank as an institution.

The Wall Street Journal is the newspaper that published the news of imposing sanctions on the head of the Free Patriotic Movement, Representative Gebran Bassil, hours before the decision was officially announced. It is acquired by “media mogul Rupert Murdoch, who also owns Fox News TV.” Murdoch, who is of Australian origin, ranks right in politics, and supports the campaigns of the US Republican Party morally and financially. The Wall Street Journal’s publication of the report on the Banque du Liban is not a passing matter, and it can only be dealt with as a “wake-up call” and a serious threat. The same article considered that “the threat of possible sanctions is a step that Washington usually takes towards its enemies, such as North Korea, Iran and Venezuela.” However, the United States decided to exploit “Lebanon’s urgent need for emergency financing, to demand criminal scrutiny in the hope of uncovering the mysterious central bank operations.” The newspaper acknowledges here that Washington is exploiting the Lebanese crisis, and is working to inflame it, with the aim of extracting political gains. And “American officials” leak information that no “rescue plan” will be approved without adopting the program that the International Monetary Fund wants. The Lebanon crisis provides a unique opportunity to use financial diplomacy to curb the influence of Hezbollah. ” The report quotes “American and Western officials and diplomats” that pressures on the Central Bank “as part of an international campaign to fight Hezbollah, supported by Iran, fight corruption, and alleviate the economic and political crisis,” accusing Riad Salameh “of obstructing criminal scrutiny, in cooperation with associated government agencies. With Hezbollah ».
Maliciously, the report was excerpted from the speech of the Secretary-General of Hezbollah, Sayyed Hassan Nasrallah, when he appeared, explaining that there was no relationship between the Lebanese banking system and Hezbollah, denying that the latter was causing pressure on the pound and creating a dollar crisis in the market, because “Hezbollah brings dollars to Lebanon”. The Wall Street Journal used this phrase to delude Western public opinion that “Salameh was aware of Hezbollah’s financial activities,” despite indicating that “Salameh closed some Hezbollah accounts at the request of American officials.”
The newspaper requested an interview with Salameh, but he refused. It quoted “Western officials” that the weak supervision of the central bank over the banking system “helped promote rampant corruption.” The “first victim” chose the former member of the Banking Control Commission, Ahmed Safa, accusing him of “running Hezbollah’s financial business.”
American threats to the Banque du Liban are not supposed to “rejoice” the Lebanese affected by Riad Salameh’s destructive policies of society and the economy, as Washington’s engine has never been “combating corruption”, neither through the sanctions it imposes nor through the media reports that contracted with “LBC” and “M TV »to be published. What are the corruption standards adopted by the United States? Why did the government threaten to stop its lending if Salameh fired? Weren’t you closely aware of the BDL’s policies and its financial games, until you were surprised by them, knowing that they never – nor any of the commercial banks – spared them with information about “suspected” American clients?
What the United States is doing is a dangerous project, and it “justifies” its decision that “the current system is so fraternal with Hezbollah that it is not suitable for confronting it.” Therefore, it has no solution but to let Lebanon collapse completely, hoping that it can impose a new regime and select “representatives” It was renewed, after the current officials ’“ mission ”had ended. This talk was recently expressed by Dorothy Shea in front of a number of people, without being convinced by the words of some of them that “the percentage of Hezbollah affected by all these pressures does not exceed 10%, because of its self-sufficiency capabilities.”
The American message does not appear to be directed against Riad Salameh. Rather, it is directed against Lebanon. It is not unlikely that it will be in the context of the US-French competition over Salame’s inheritance in the governance of the Bank of Lebanon, and exaggeration of Washington’s ability to impose comprehensive sanctions on Lebanon, by punishing the Banque du Liban (not its ruler, because Punishing Salameh ends its general, not personal, “legal” effects. To dismiss him and appoint a replacement).

French sources deny the Central Bank of France auditing the Bank of Lebanon’s accounts: Salameh does not approve of any external audit

Yesterday, it was Riad Salameh’s day in the Western media. Apart from the “Wall Street Journal,” the French newspaper “Le Monde” attacked him by publishing a report entitled: “The Bank of Lebanon is a state within the state that cannot be touched.” The report comes after Salameh visited Paris for a week, and spread – through close associates – an atmosphere of his agreement to the French Central Bank to initiate a criminal audit of the Bank of Lebanon’s accounts. The “Le Monde” article denied this information, stressing that “the Bank of France does not intend to carry out any audit, and is only committed to providing technical assistance as a trusted third party.” The French newspaper revealed, after reviewing the report of Deloitte and Ernst & Young for the year 2018, a “suspicious increase in the assets of the Banque du Liban, amounting to 6 billion dollars due to dubious accounting procedures,” and that the auditors were not “authorized to view the gold reserves that Owned by the Banque du Liban ». The newspaper describes criminal scrutiny as “an essential element to save Lebanon economically, but it runs the risk of not seeing the light.” French sources add to Al-Akhbar that Riad Salameh “does not approve of an external audit. The Banque du Liban is not transparent, and its precedents push international bodies and the IMF to request external criminal audits. As for the Central Bank of France, “its provision of assistance is not considered an audit.”

The Wall Street Journal: The Lebanon crisis is an opportunity to use financial diplomacy to curb the influence of Hezbollah

Those close to the safety of the French “veto” do not deny it, but they link what “Le Monde” published with one of its owners, Matthew Pegas, who was the director of “Lazare” in France until his resignation in 2019. Regardless of the backgrounds, the information of “Al-Akhbar” confirms that Salameh, during his visit to France, “did not meet with any financial official related to the Lebanese file.” The ruler “lost the confidence of the international authorities in him, which set the specifications of the new ruler, that he does not have political ambitions, that he is aware of the details of the Lebanese administration, and provides the international bodies with the required financial reports . The name is ready ». Intervention in a decision of such strategic importance does not depend on choosing the governor of the central bank. Rather, it goes beyond him to “laying down a new plan for restructuring the banking sector, which the new ruler must implement.” The foreign decision was taken not to “lend to Lebanon, even if Saad Hariri forms his government. What is required is a political concession on the part of Hezbollah, and a criminal audit.”
On the other hand, Parliament Speaker Nabih Berri called the joint parliamentary committees to a session tomorrow to study the issue of subsidizing fuel, wheat, foodstuffs and medicine and reducing the mandatory reserves, in conjunction with the session held by the Central Council of the Banque du Liban on the same day, to discuss the support mechanisms in the phase Coming.

These were the details of the news Washington brandishes sanctions on the Bank of Lebanon! for this day. We hope that we have succeeded by giving you the full details and information. To follow all our news, you can subscribe to the alerts system or to one of our different systems to provide you with all that is new.