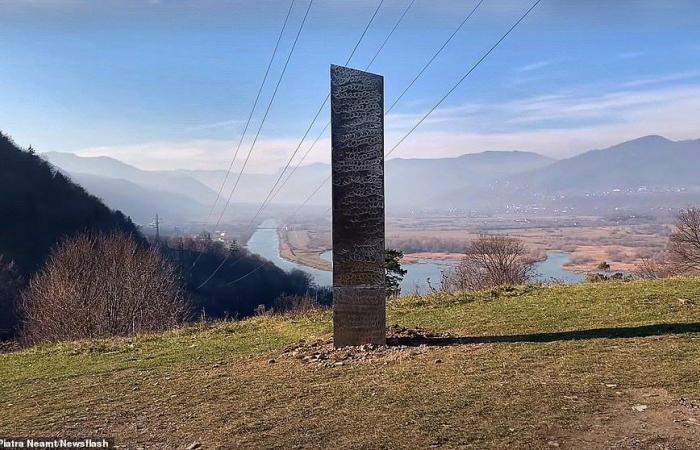 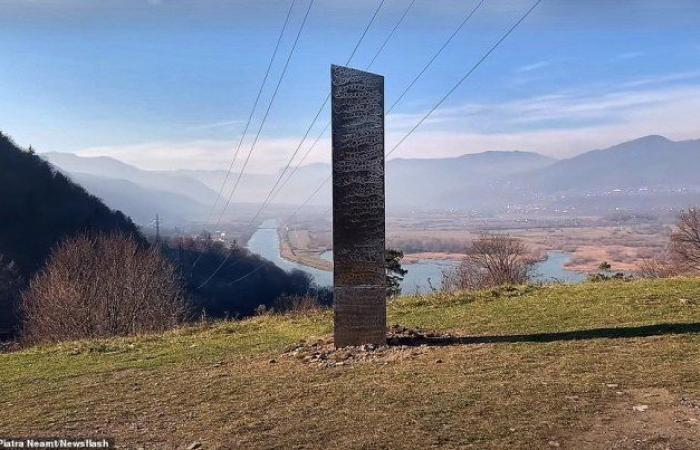 A new monolith appeared in Romania, just meters from the site of an old fortress.

This monolith is located just a few meters from an old fortress, Petrodava’s Dacian Fortress, according to the Daily Mail.

The fortress is believed to have been destroyed by the Romans in the 2nd century AD, but parts of the city wall can still be seen today.

The authorities said the owner of the structure is still unknown, but whoever placed it should have asked permission from the country’s Ministry of Culture, given that it is a historic site.

Utah Bureau of Land Management officials announced the disappearance of the US monolith over the weekend. Where the structure was, only stones and a small metal plate were left.

The “illegally installed structure” was removed by an “unknown person” and not by department personnel, according to the BLM. There will be no investigation into his disappearance by the BLM because it is “private property” and is not part of public land, the statement added.

It is not yet known where the metal monolith came from, which was discovered earlier this month by a team of biologists and Utah Security Department officials while conducting an investigation with wild sheep from a helicopter. The team saw the bright object in the sky and began to investigate.

*The article has been translated based on the content of Source link by https://greensavers.sapo.pt/depois-de-desaparecer-no-utah-novo-monolito-misterioso-aparece-na-romenia/
. If there is any problem regarding the content, copyright, please leave a report below the article. We will try to process as quickly as possible to protect the rights of the author. Thank you very much!

These were the details of the news After disappearing in Utah, new mysterious monolith appears in Romania for this day. We hope that we have succeeded by giving you the full details and information. To follow all our news, you can subscribe to the alerts system or to one of our different systems to provide you with all that is new.