According to rumors in response to Radeon RX 6800 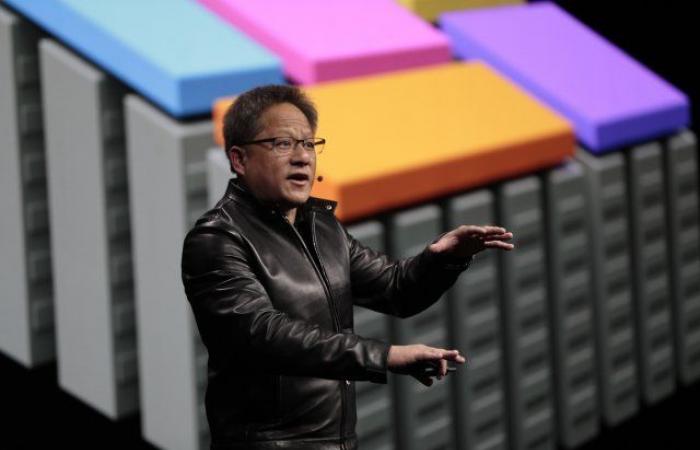 The Geforce RTX 3070 Ti should use a chip called GA103-300-A1 on a PCB of the PG132-SKU40 type. According to the Twitter leaker “Kopite7Kimi”, the chip in question has 7,424 shaders and a 320-bit memory interface. The latter allows configurations of 10 or 20 GiByte RAM with Nvidia, whereby it should remain at 10 GiByte for the Geforce RTX 3070 Ti. Nvidia doesn’t seem to be in a hurry to remedy this “disadvantage” compared to the Radeons. Especially since the doubling of the storage is also to be assessed economically. Meanwhile, nothing has been announced about clock rates. The GA103 will continue to be produced by Samsung in 8 nm.

Also worth reading: Geforce RTX 3070 Ti as a countermeasure to the Radeon RX 6800 XL?

There are many rumors about the GA103 and they all offer a lot of speculation. At the very least, it’s fair to assume that the chip was held back in response to whatever AMD might do. Now we know which cards look like Navi-21 cards and Nvidia can cut the chip to fit. In the long term, the GA103 could even replace the expensive GA102 – a mind game for which, ideally, one would also have to know the yields at Samsung.

In the end, everything is a question of price: Nvidia has to occupy a price point between 500 euros for the RTX 3070 and 700 euros with the Geforce RTX 3070 Ti in order to round off its own portfolio. So you could orientate yourself on 600 euros. With 20 GiByte memory, the price point should probably not be reached without making concessions in the margin.

All readers receive daily free news, articles, guides, videos and podcasts about current game hardware and their favorite games. So far we have financed this site mainly through advertising, but since COVID-19 it has become increasingly difficult. Many companies are cutting or cutting their advertising budgets for 2020. Budgets that we unfortunately have to rely on if we want to continue to offer PC games hardware in the usual form free of charge.

Advertising: Now look for the most exciting graphics cards at Alternate

Barron’s analysts suspect that Nvidia is said to have sold a large part of the Ampere chips to crypto farms at an extremely lucrative rate.

Allegedly, Nvidia released the mobile Ampere graphics cards in January. The Geforce RTX 3080 and 3070 are to be installed together with Ryzen 5000H.

AMD wants to improve the performance of ray tracing in a resolution of 1440p and compete against Nvidia’s DLSS.

PCGH Plus: In May, Nvidia presented its next generation of GPUs. Ampere, as the architecture is called, will power both supercomputers and gaming PCs – with clear differences in detail. The article comes from PC Games Hardware 07/2020.
more …

These were the details of the news According to rumors in response to Radeon RX 6800 for this day. We hope that we have succeeded by giving you the full details and information. To follow all our news, you can subscribe to the alerts system or to one of our different systems to provide you with all that is new.