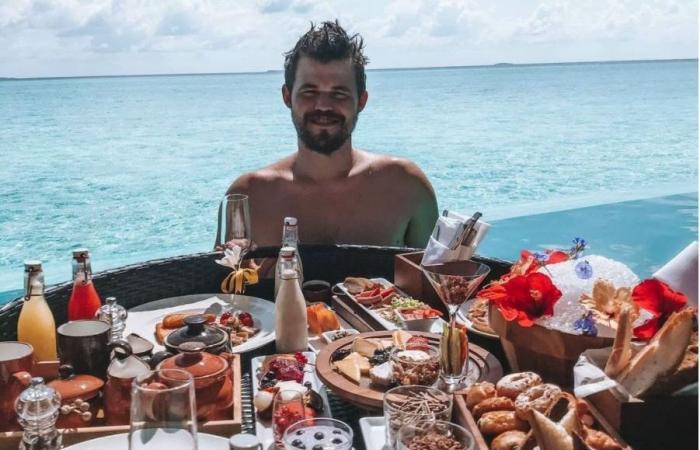 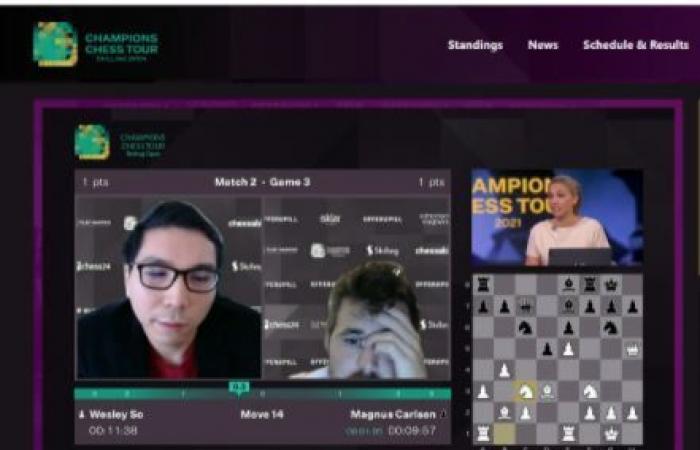 Wesley So (27) became a party brake on Magnus Carlsen’s 30th birthday. From a secret but obviously hot place, the Norwegian lost the final of the digital Champions Chess Tour.

Earlier Monday, Team Carlsen posted a picture of the chess profile in a bare torso with a blue sea in the background. However, the world champion has not revealed where he is.

– So became a worthy winner. He matched me all the way, came back three times. I make a lot of mistakes, but it is extremely impressive anyway, says Carlsen on the TV 2 broadcast.

– He’s good enough to beat me when I’m not at my best, and I was not this time.

The final had to be decided on lightning chess, as there was a draw after the total of eight fast chess games on Sunday and Monday.

Magnus Carlsen is the reigning world champion in lightning chess – and was the favorite. But the American So showed that he too can play fast. With white pieces, the American won the first game.

The birthday child had thus pushed himself to win with white pieces in the last lightning chess game – whether he should get a decision on Armageddon. Carlsen did not succeed. The game ended in a draw.

Wesley So was Carlsen’s course man also in the final of the Fischer Chess WC at Høvikodden a year ago.

On Sunday, both players won their white games, and it ended 2-2.

But on Monday, Magnus Carlsen got a dream opening when he won with black pieces in the first game.

– Class, exclaimed Jon Ludvig Hammer as an expert on the TV 2 broadcast.

But when most people thought that Carlsen would secure the grip in game two, So fought back and won with black pieces – in the same way as the Norwegian had done in the first game.

– It feels unnecessary, Hammer stated – and Carlsen showed with all possible clarity that he did not like.

This meant that Wesley So had the best feeling in front of the third party, where the American had white. Magnus Carlsen came in dire need of time, and So had the upper hand – until the American made a gross mistake. But Carlsen failed to take advantage of a golden opportunity, and thus the game ended in a draw.

Magnus Carlsen thus had everything in his own hands with white in the fourth fast chess game. But Carlsen chose to “spill away” the advantage with white, so that it was 2-2 after “ordinary time”. Thus, it was ready for a decision with lightning chess.

– I hoped to play more on intuition in the lightning jacket, but it did not work, Carlsen said on the TV 2 broadcast.

– I am old enough to live with the consequences, says the 30-year-old.

The winner gets 265,000 kroner, while the loser has to settle for half.

Magnus Carlsen beat Anish Giri in the quarterfinals and Jan Nepomnjasjtsjij in the semifinals.

Kaja Snare becomes the chess world’s face on the outside

The Champions Chess Tour is also organized by the Play Magnus group. Skilling Open was the first of ten tournaments, all with fast chess.

– I have to be even sharper from the start, says Carlsen before the next tournament, which goes on Christmas Eve and is broadcast on NRK.

In October, Magnus Carlsen won the only physical tournament that has been played since the corona shutdown – namely Norway Chess.

These were the details of the news The birthday child Carlsen lost the final from a secret, warm... for this day. We hope that we have succeeded by giving you the full details and information. To follow all our news, you can subscribe to the alerts system or to one of our different systems to provide you with all that is new.