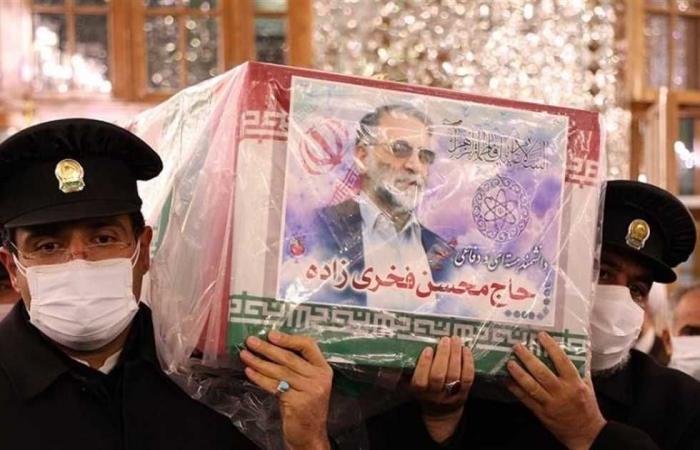 On Sunday, Iran’s Fars News Agency published a detailed report describing the assassination of nuclear scientist Mohsen Fakhrizadeh, according to information obtained by its correspondents.

The report said that the bulletproof vehicle carrying Mohsen Fakhrizadeh and his wife drove on Friday morning, accompanied by 3 cars of the Martyr Protection Team, from the city of Rustumaklai in Mazandaran Governorate, towards the city of Absard in the Damavand region.

He added that the leading vehicle of the protection team separated from the convoy a few kilometers from the site of the accident, with the aim of investigating and monitoring any suspicious movement in the specified location in the city of Absard

The report continued: “At that moment, the sound of a few bullets targeting the car caused Dr. Fakhrizadeh to bring the car to a standstill, and Fakhri Zadeh got out of the car believing that the sound was caused by a collision with an external obstacle or a problem with the car engine.

And he continued: “At this moment, a remote-controlled automatic machine gun, stationed at a Nissan (pickup truck), was parked 150 meters away from Zade’s car, firing a hail of bullets at the martyr. Two bullets hit the martyr in the side and a live bullet in the back, which cut his spinal cord.

Meanwhile, the head of the protection team jumped to protect the body of the martyr from the bullets. Several bullets hit his body, and moments later, the same Nissan car that had been parked was detonated.

The report confirmed that Fakhrzadeh’s body was transported to a clinic and from there by helicopter to a hospital in Tehran, where he was unfortunately killed after a while.

The report indicated that this operation, which took about 3 minutes, was that there was no human worker at the scene of the assassination, and only automatic weapons were fired, and no one was injured as a result of the incident except to protect the martyr.

It stated that the investigation into the identity of the Nissan owner showed that he left the country on November 29.

The agency confirmed that Mohsen Fakhri Zadeh, a prominent Iranian nuclear and defense scientist, has been on the list of assassinations of terrorist groups and Israel for nearly 3 decades, confirming that in recent years several terrorist operations against him have been thwarted.

These were the details of the news “Automatic machine gun on Nissan vehicle” .. Iranian “Fars” reveals the... for this day. We hope that we have succeeded by giving you the full details and information. To follow all our news, you can subscribe to the alerts system or to one of our different systems to provide you with all that is new.

PREV Malaysia wants Myanmar junta to halt violence, hold talks
NEXT The Latest: Italy starts distributing J&J for those over 60