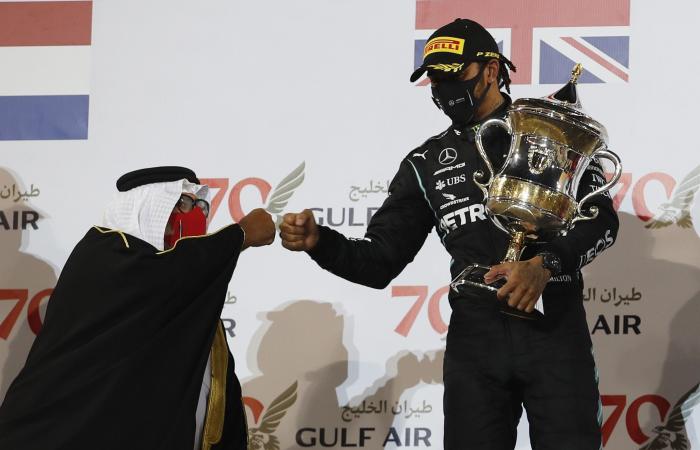 This is the victory, which came from pole position, 95 in the march of the seven-time world champion British driver and crossed the finish line behind the safety car.

Red Bull’s Max Verstappen finished second in front of his colleague Alexander Albon, who snatched third place after Racing Point’s Mexican Sergio Perez withdrew due to an engine problem under the floodlights.

Hamilton, who claimed the drivers’ title in Turkey two weeks ago, has triumphed for the fifth time in a row and number 11 in 15 races so far this season.

These were the details of the news Hamilton wins the Bahrain race and Grogan survives a horrific accident for this day. We hope that we have succeeded by giving you the full details and information. To follow all our news, you can subscribe to the alerts system or to one of our different systems to provide you with all that is new.