The “Clement” storm is coming, but it must pass by mainland... 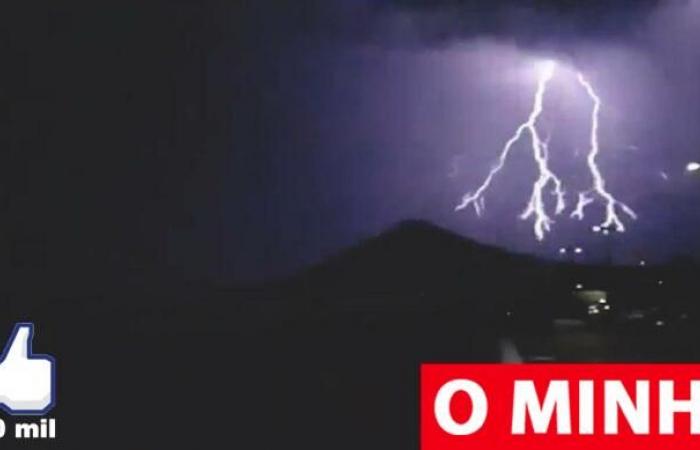 Art galleries and visual artists are facing the drop in sales, the cancellation and the postponement of international fairs caused by a pandemic “highly damaging” for the sector, according to sources contacted by the Lusa agency.

The visual and visual arts community is also not unaware of the crisis that hit culture, as stated by the president of Exhibitio, Jorge Viegas, representative of the association that gathers 22 galleries in Lisbon, Porto, Braga and Azores.

“We still don’t have a record of closing art galleries, but the breaks in visitors are very visible [nestes locais], and, consequently, in sales ”, he told Lusa, about the restrictions determined by confinement, to slow the progression of the virus that causes covid-19.

Many of the galleries have adapted schedules, especially those that operate during the afternoon, in order to welcome potential collectors in the morning, at the weekend, demanding a change in the habits of clients in the art market.

The Drawing Room drawing fair, held in Lisbon in October, “went very well for gallery owners and artists, which proves that physical presence and direct contact with works of art continues to be very valuable in this sector”, evaluated the president of Exhibitio, adding that, however, galleries, such as theaters, museums and other cultural spaces, continue to invest in the ‘online’ format, to compensate for face-to-face limitations.

The realization of the Drawing Room, however, was an exception, because around the world, contemporary art fairs have been consecutively postponed, as the next edition of the most important for Portuguese gallery owners and artists – ARCOmadrid -, which passed from February for July next year.

“The galleries live with a lot of uncertainty for their schedules, and no one is risking dates before April next year,” said, also, the director of Galeria 3 + 1 Arte Contemporânea, foreseeing a “bottling” of international fairs. in 2021.

This whole situation “is very harmful for visual artists, especially the youngest, who already have less sales and are priced at lower prices”, describes the official, lamenting that “public support has been directed mainly to the performing arts”.

Plastic artist Pedro Portugal also considers that the pandemic has been “highly damaging” for the plastic and visual arts sector: “There is not much talk about plastic artists, but I know that there are people who also cannot pay the rent on their homes and need support, ”he said, contacted by Lusa.

Pedro Portugal was among 200 artists who, two years ago, sent a letter to the Prime Minister, António Costa, asking for a Government intervention for the “worrying situation” of contemporary art in Portugal, involving the market, criticism, galleries, collections , institutions and museums.

At the time, they considered that the art market in Portugal was “a fallacy”, and asked for a state fund for acquisitions, the creation of an agency for contemporary art separate from the Directorate-General for the Arts (DGArtes) and fiscal changes.

That year, when they considered the situation to be critical, they were, after the protest and alert, received at the official residence by the Prime Minister, having obtained the promise of a ten-year program for the acquisition of contemporary works of art, with a budget allocation. minimum of 300 thousand euros per year.

With this amount, 21 works of art were acquired in 2019, and, with a budget of 500 thousand euros, another 65 this year, to be included in the Contemporary Art Collection of the State, formerly known as “SEC Collection”, of the Secretary of State of Culture.

These Government initiatives to support the sector through the acquisition of new works of contemporary art – with the announcement of an additional 650 thousand euros for 2021 – “little changed” the circumstances of two years ago, according to Pedro Portugal.

“I know that Culturgest and the Luso-American Foundation for Development returned to buy some works of art, but all of this is insufficient, because they have been accumulated years of divestment, since the crisis of 2008. This failure of the institutions was also crucial for the collapse that the pandemic accelerated ”, he said, adding that the Serralves Museum and the collector José Berardo also practically stopped buying.

About the art market, Pedro Portugal considers that “it is practically stopped”, with the galleries “selling almost nothing, and only sporadically, very small pieces”. And “there are no new collectors” of contemporary art in the country, he guarantees.

“Portugal does not have the dimension of other countries, such as Germany, which has 200 museums of contemporary art, or France and Switzerland, where this sector is much more valued and stimulated”, he exemplified.

In the same vein, Ângela Ferreira, one of the founders of the newly created Association of Visual Artists in Portugal, launched in September to defend the interests and rights of artistic creation, spoke personally to Lusa: “Actually, very few artists have ever existed in Portugal who were able to live off their work ”.

“I teach at the Faculty of Fine Arts in Lisbon, and there are many artists who do the same. They have other activities to survive, even those who already have a solid, recognized and awarded work in the artistic world ”, commented the creator, winner of the Novo Banco Photo Prize in 2015, and who represented Portugal at the Venice Art Biennial, in 2007.

From the contacts he has, he knows that “there are many artists living on odd jobs, what they find, as assistants in educational services or in museums, in guided tours, in the production of shows, what they can find”.

“I know artists who are really distressed because they work in the field of tourism, which was also very affected by the pandemic. Many are in a “lay-off” situation, ”he added, about a crisis that“ affects many areas, linked together, and is creating serious problems ”in the daily lives of people in the sector, some receiving support from families who can help them.

With declines in income, Ângela Ferreira says that the main concern is to be able to pay the rent of the house or the studio. And living in Lisbon “has become really difficult, with real estate speculation” in recent years, he stressed.

In addition, “collectors are not investing in the art market, and the state does not buy art through museums,” he laments.

“We are financially distressed, and there is a huge uncertainty about the future, added to the already usual uncertainty in an artist’s life, because even if an artist benefits from recognition at a certain time, he may stop having it in the following times. Instability was already part of our life, but in this dimension nobody expected it ”, he concludes.

Getting temporary ‘workshops’ free of charge for artists to continue working has been one of the initiatives of Plataforma P’la Arte, led by cultural manager Carlos Moura-Carvalho, in addition to guidance and clarification for access to support lines available for the sector.

“The biggest difficulty that has come to us is this, of not being able to pay the rent of the ‘atelier’, even when they get together in groups to share the costs”, confirms, contacted by Lusa.

The platform – which resulted from a spin-off, of the SOS Arte PT Movement created this year – has been making contacts with local authorities and companies in the Lisbon region and the surrounding area, in order to obtain spaces that are precarious but free of charge, namely in Braço de Prata and Alvalade .

“Artists also want to be active for psychological reasons. This possibility of being able to create gives them a very important mental and emotional stability ”, underlined the jurist and former director-general of the Arts, indicating that the platform receives five to six orders per week.

Another more recent initiative aims to create a Contemporary Art Market, which functions as an exhibition fair and for sale, and the entity has already requested authorization from the Directorate-General for Health, to find out if it can be implemented within the current sanitary restrictions.

Regarding the artists’ reaction to this crisis situation, it varies, depending on the generation: “Many younger artists are not well aware of the support that exists, and are looking for other ways out, from design to non-artistic photography. It is mainly those aged 40 and over who ask for the available support ”, he said.

However, “the outlook is one of general anguish, in the face of a situation of extreme unpredictability”, he warns, believing, however, that this “is a good time to reflect and try to change certain paradigms”.

These were the details of the news The “Clement” storm is coming, but it must pass by mainland... for this day. We hope that we have succeeded by giving you the full details and information. To follow all our news, you can subscribe to the alerts system or to one of our different systems to provide you with all that is new.