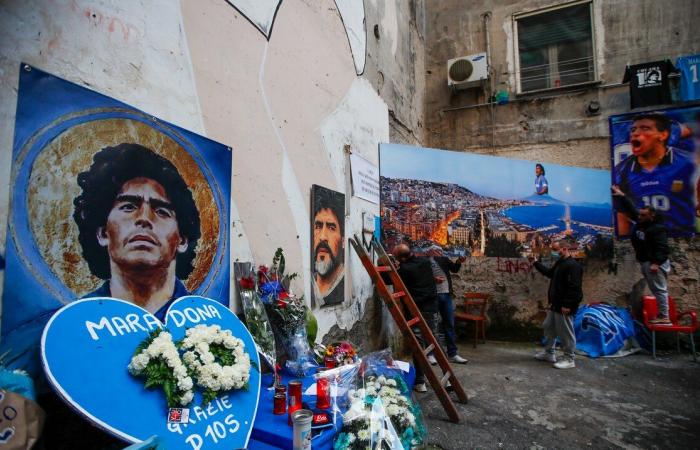 Buenos Aires.– Diego Maradona was one of the world celebrities most required to be photographed. Unfortunately, dead too.

Three men hired by a funeral company to condition Maradona’s body prior to his funeral on Thursday at the Casa Rosada in Buenos Aires took pictures of themselves posing next to the former star, images that went viral in the last hours through social networks, causing outrage and the dismissal of the insolent.

The 60-year-old former Argentine team captain died Wednesday at noon of cardiac arrest. After the autopsy carried out the same day, his remains were transferred to a funeral home in the Paternal neighborhood, in the Argentine capital.

There the employees Claudio Fernández, his son Ismael and Claudio Medina, hired by the Pinier burial company, were photographed together with the idol already inside the coffin. Of the images that transpired, one shows Fernández and his son, who outlines a smile and raises his thumb. In the other, Medina appears in the same pose next to the coffin.

“We were accommodating him to carry him,” admitted Fernández in dialogue with Radio Diez. “It was not taken from my phone. I never imagined that they were going to upload it or pass it to a group. I apologize ”.

The Pinier funeral home fired the employees, which was confirmed by Fernández himself, who worked for that company for seven years.

“They fired me for something I didn’t do. It was something instantaneous, I barely raised my head and my son did it like any 18-year-old kid, ”was his argument.

The man also denounced that they are receiving telephone threats, which he linked with supporters of Argentinos Juniors, from the same neighborhood of La Paternal and where Maradona made his professional debut in 1976.

“They know me, I’m from the neighborhood. They say they are going to kill us, break our heads ”, he pointed.

Argentinos Juniors said in a statement that its board of directors will evaluate the expulsion of Fernández as a partner for being photographed next to the Maradona coffin.

These were the details of the news They fire three employees of a funeral home who took a photo with the remains of Diego Maradona for this day. We hope that we have succeeded by giving you the full details and information. To follow all our news, you can subscribe to the alerts system or to one of our different systems to provide you with all that is new.