Video .. Maradona was buried near the grave of his parents... 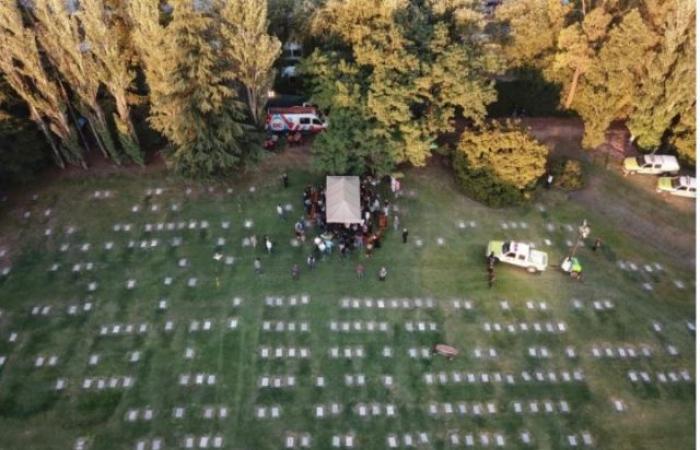 Argentine soccer legend Diio Maradona was buried near his parents’ grave in a private cemetery in the capital, Buenos Aires.

The funeral procession of Maradona traveled 40 km, from the presidential palace “Casa Rosada”, where his memorial service took place, to the cemetery.

Thousands of people gathered to bid Maradona farewell on bridges, along roads and streets, throughout the march of the carriage that carried the coffin of the late Argentine star.
Only Maradonas relatives and a number of his relatives were allowed to enter the cemetery.

On Wednesday, Maradona died at the age of 60 at his home in the suburbs of Buenos Aires, after suffering severe heart failure.

These were the details of the news Video .. Maradona was buried near the grave of his parents... for this day. We hope that we have succeeded by giving you the full details and information. To follow all our news, you can subscribe to the alerts system or to one of our different systems to provide you with all that is new.