A “serious” incident at Bruxelles-National with a DHL Airbus (video) 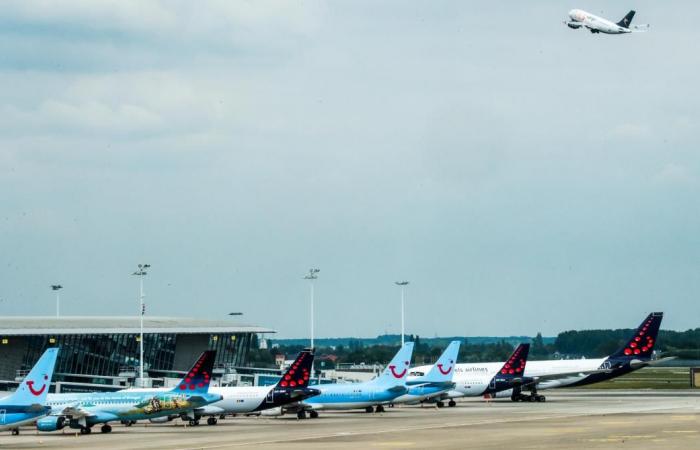 An investigation was opened by the Belgian aviation authorities.

Un “serious” air incident occurred Thursday evening at Brussels-National airport when an Airbus A300 of the company EAT Leipzig operating for the benefit of the courier company DHL interrupted its take-off at high speed, bursting all the tires of its landing gear, the Belgian Union against Aircraft Nuisances (UBCNA) announced on Friday, citing a site specializing in aviation.

The cargo plane stopped around 6:11 p.m. 360 meters before the end of runway 25R. 3.638 meters long, it is the best equipped of all the runways at Zaventem airport, said the managing director of the UBCNA association, Peggy Cortois.

“Fortunately this plane did not leave the shortest runway 01/19 which is only 2,984 meters because we would have been entitled to a new crash”, like that of the Boeing 747-200 of the American company Kalitta Air which had failed to take off from the same airport on May 25, 2008, breaking in two at the end of the runway.

The aircraft, registered in Germany (D-AEAI) and operating flight QY-841 from Brussels to Vitoria (Spain), remained immobilized for part of the night on runway 25R, which only reopened to air traffic towards 4:30 a.m., according to the Aviation24 website.

A DHL spokesperson, Freek De Witte, assured the Belga agency that the planned procedures had been followed, stating that the plane had not started to take off from the end of the runway – which reduced the useful length for its flight.

He had walked 2,920 meters, according to the website avherald.com.

The device was fully charged. The nose of the Airbus took off, but the rest of the plane “did not follow,” forcing the pilots to abort the take-off, added De Witte.

According to him, an investigation was opened by the Belgian aeronautical authorities – the Investigations and Accident unit of the General Directorate of Air Transport (DGTA) of the SPF Mobility and Transport – and German, with the help of the European manufacturer Airbus.

These were the details of the news A “serious” incident at Bruxelles-National with a DHL Airbus (video) for this day. We hope that we have succeeded by giving you the full details and information. To follow all our news, you can subscribe to the alerts system or to one of our different systems to provide you with all that is new.