You are welcome to the Yallakora file, the final of the... 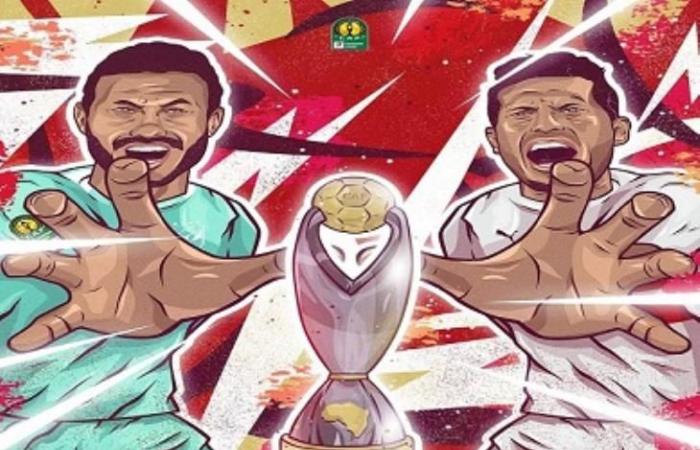 Al-Ahly and Zamalek’s preparations for the final match of the African Champions League are over, and it is no longer just to wait hours before the start of the biggest challenge in 2020.

Ashraf Bencharki, the Zamalek player, confirmed that he loves major challenges before confronting Al-Ahly, indicating that the tournament is his favorite.

Wael Gomaa, retired Al-Ahly defender and the Egyptian national team, and an analyst for beIN Sports channels, confirmed that Betso Mosimani could settle the final for Al-Ahly at the expense of Zamalek.

The technical meeting of the Al-Ahly and Zamalek match resulted in the all-white selection for Zamalek, and the red shirt and black shorts for Al-Ahly.

The Qatari “ben Sports” network, which owns the exclusive rights in space for the Al-Ahly and Zamalek match, revealed the team of analysts for the final.

The Confederation of African Football (CAF) announced the appointment of Algerian referee Mostafa Ghorbal to manage the Al-Ahly and Zamalek final at Cairo Stadium this evening.

Zamalek striker Mostafa Mohamed confirmed that winning the African Champions League title this season will be his gift to the white fans before leaving for foreign professionalism.

The Egyptian Club for Clearing announced the return of its coach Ihab Galal again to lead him after he left last season, with the announcement of the new club sponsor next Saturday.

Friends in Al-Ahly and Zamalek

The coach of the Congolese Vita Club team revealed that he has friends in Al-Ahly and Zamalek, indicating that his heart is divided into two halves between them.

The security company responsible for securing the Al-Ahly and Zamalek match in the Champions League final confirmed that security personnel in the stadium corridors underwent a medical examination to detect Corona.

Hossam El-Badry, coach of the Egyptian national team, confirmed that facing Al-Ahly and Zamalek in the final of the African Champions League is a great honor for Egypt, indicating that the superiority of the duo is natural.

An artistic and informational force

Mortada Mansour, President of Zamalek, considered his team to be technically stronger than Al-Ahly, while Al-Ahmar was better in the media, as he put it.

These were the details of the news You are welcome to the Yallakora file, the final of the... for this day. We hope that we have succeeded by giving you the full details and information. To follow all our news, you can subscribe to the alerts system or to one of our different systems to provide you with all that is new.