They share drugs and overdoses directly on Snapchat. They have... 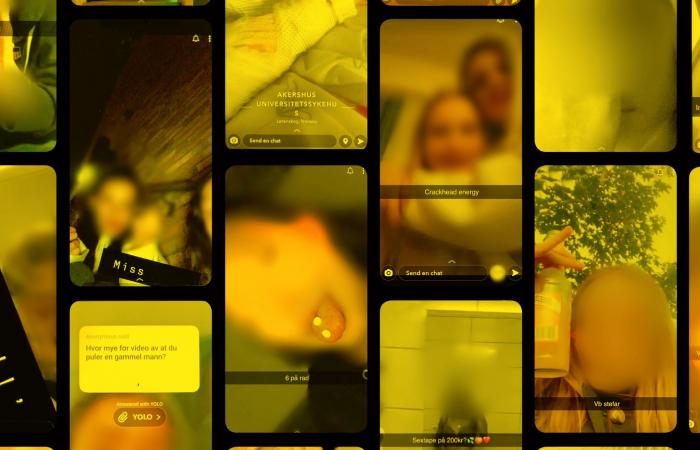 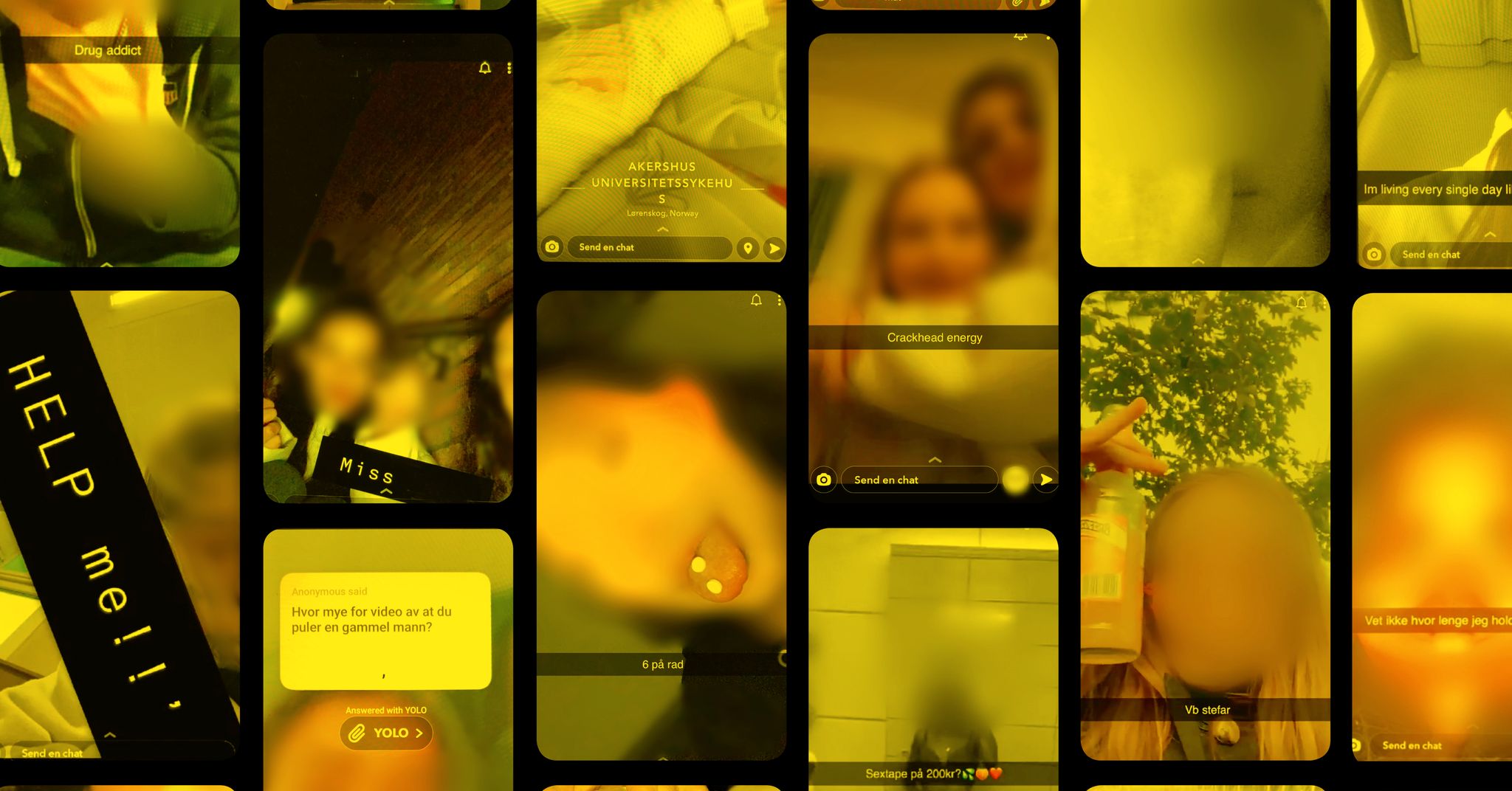 A-magazine can reveal a rapidly growing Snapchat environment, where Norwegian young people share from dark weekdays filled with intoxication, suicidal thoughts and loneliness. Nora is one of them.

The plan was to take an overdose in the hope that they would never wake up. “I love you,” was the last thing they would say to each other.

The couple sat on the bathroom floor, leaning against the washing machine. It was Sunday in late summer this year. In her hand, Nora held the mobile phone, an Iphone X bought for money she had inherited.

That’s how she remembers it.

Just a few months earlier, on the day she turned 18, she packed up all her belongings and left the child welfare institution where she lived. She moved to a city over 100 miles from where she grew up. That’s where she met her boyfriend.

A-magazine can reveal a rapidly growing Snapchat environment, where Norwegian young people share from dark weekdays filled with intoxication, suicidal thoughts and loneliness. Nora is one of them.

In August, her Snapchat account had over 30,000 regular viewers. She was recognized on the street, teenagers approached her and filmed her. But several of the followers were also concerned. In the weeks before she and her boyfriend planned to take an overdose, the followers sent several messages to the police.

*The article has been translated based on the content of Source link by https://www.aftenposten.no/amagasinet/i/PRRWqJ/jeg-vil-vise-hvordan-det-er-aa-leve-slik-jeg-lever-saa-usminket-som-m
. If there is any problem regarding the content, copyright, please leave a report below the article. We will try to process as quickly as possible to protect the rights of the author. Thank you very much!

These were the details of the news They share drugs and overdoses directly on Snapchat. They have... for this day. We hope that we have succeeded by giving you the full details and information. To follow all our news, you can subscribe to the alerts system or to one of our different systems to provide you with all that is new.