Does Donald Trump have to go to jail after being voted... 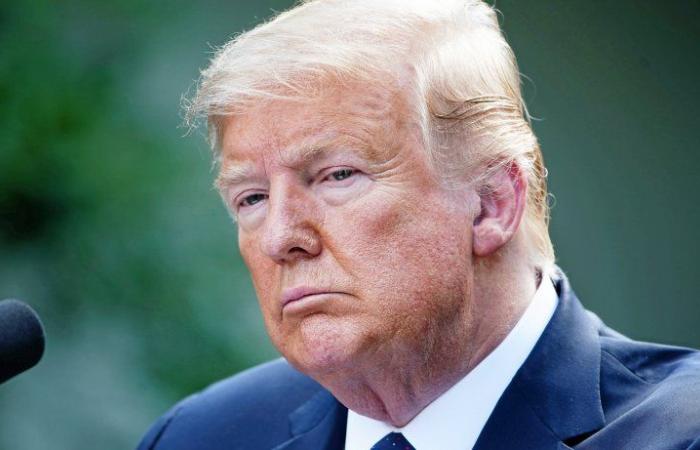 Washington.
After Trump was voted out of office, the president will face a number of lawsuits. It is possible that he will resign and be pardoned beforehand.

For
Donald Trump
it was the last animal experience of his tenure. Before the big holiday “Thanksgiving”, the outgoing US president followed a pleasant ritual. In front of the White House he kept two turkeys, the favorite dish of Americans on Thanksgiving, from the oven. The pardon of poultry established by George W. Bush in 1989, which is served millions of times on Thursday with cranberry sauce, had a special touch this time.

On Trump rolls through after taking power
Joe Biden
An unprecedented avalanche of trials could take place in mid-January, which, if convicted, could result in prison terms in the worst case. The allegations range from rape, taking advantage of a position in office, obstruction of justice to tax fraud and violation of provisions on campaign financing.

So move in
Twitter post
of the still-President from 2018 again in consciousness: “I have the absolute right to pardon myself,” said the entrepreneur who, according to the newspaper “USA Today”, was involved in around 4,000 legal proceedings at the time. Since then, a number of experts have contradicted the assessment.

Such an act would be unique if it came to you
Admission of guilt
and would likely not stand before the Supreme Court, said constitutional lawyer Lawrence Tribe.

It is more likely that Trump will resign shortly before Biden’s inauguration. Vice President
Mike Pence
would take over the business in this scenario and could officially pardon Donald Trump. This is what President Gerald Ford did to his predecessor Richard Nixon in 1974 after the Watergate scandal.

There is a catch. A presidential “pardon” would offer Trump only limited protection from prosecution. The incumbent president traditionally granted immunity extends only to offenses that the federal government can prosecute. Specifically, this would mean: In the event of a pardon, the Justice Department could no longer cope with Trump, for example, on charges of obstruction of justice and false testimony within the framework of the
Russia affair
interests.

The then special investigator and ex-FBI boss Robert Mueller had listed ten cases in his final report that would justify a trial against Trump after his term in office had ended. Including: the discharge of
James Comey
. The FBI director had refused to give Trump unconditional allegiance.

Because the future President Joe Biden has emphasized several times that legal re-mapping against Trump has no priority for him, even in the light of the deep polarization in the country and more pressing problems, and is only his future
Minister of Justice
Reserved, Trump has little to fear on this point for the time being.

Donald Trump – More on the US President

She should be silent about a sex affair with Trump, which Trump denies to this day. The payment of so-called
„hush money“
could be seen as a violation of campaign funding laws, according to lawyers. Cohen was sentenced to three years in prison in 2018. He had made a comprehensive admission of guilt and incriminated Trump in the process.

Trump empire: lawyers are also on the trail of these points

In addition, the Manhattan District Attorney’s Office is investigating extensively against Trump’s extensive corporate empire.
Bank bet
‘Suspicion of tax fraud and falsification of accounts are the key words here.

According to the “New York Times” there is suspicion that the Trump group has provided incorrect information about its ownership structure for years in order to obtain cheap loans and tax breaks.
Trumps Sohn Eric
, formally with his brother Donald Jr. at the helm of the company, recently testified under oath. Details? Unknown.

After unsuccessful intervention at the Supreme Court, Trump could not prevent his
Tax returns
and balance sheet documents get into the hands of the judiciary. You accuse Trump of politically motivated retaliation. Vance and James, the New York prosecutor’s leaders, are Democrats.

Defamation: There are allegations of rape against Trump

Aside from the economic, Trump is exposed to various allegations in private. So throws
E. Jean Carroll
slander the president. The well-known author had described in a book how she had been raped by Trump in the 1990s in the locker room of a New York luxury department store.

Trump’s counterattack: never happened. Besides, Carroll is not his type at all. The plaintiff is demanding one from Trump
DNA Probe
. This is to match relevant traces on a dress that she was wearing at the time of the attack.

Allegations by
Summer Zervos
. The former candidate for Trump’s TV show “The Apprentice” is suing the president for defamation. Trump had accused Zervos of lying. Her allegation: Trump unintentionally kissed and groped her in 2007.

Finally, Trump also has legal construction sites in the extended family. Its not Mary Trump who wrote a book to her uncle ”
u
widespread crime
“Says she was deprived of parts of her inheritance through him.

The well-known Trump critic and historian Timothy Snyder also points to the high
Personal debt level
Trumps at various banks, which will be served shortly. Synder told New Yorker magazine that Trump had “only saved office from prison and the poor house”.

Trump denies the allegations, sees himself as a victim of a “witch hunt” and described himself at an election rally as “perhaps the most innocent man in the history of the United States”.

US Election 2020 – All the important news

These were the details of the news Does Donald Trump have to go to jail after being voted... for this day. We hope that we have succeeded by giving you the full details and information. To follow all our news, you can subscribe to the alerts system or to one of our different systems to provide you with all that is new.