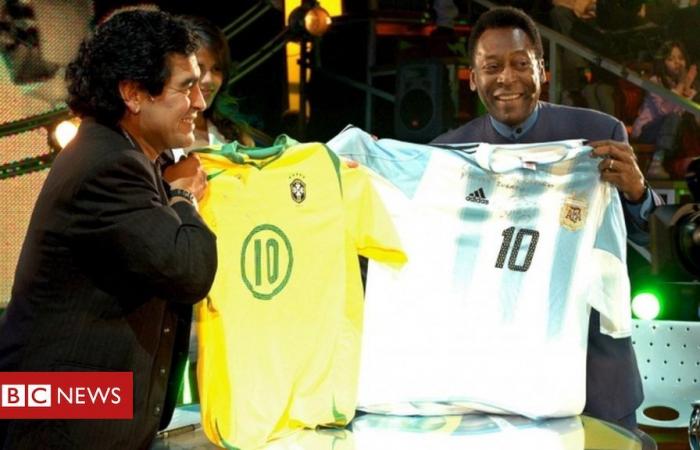 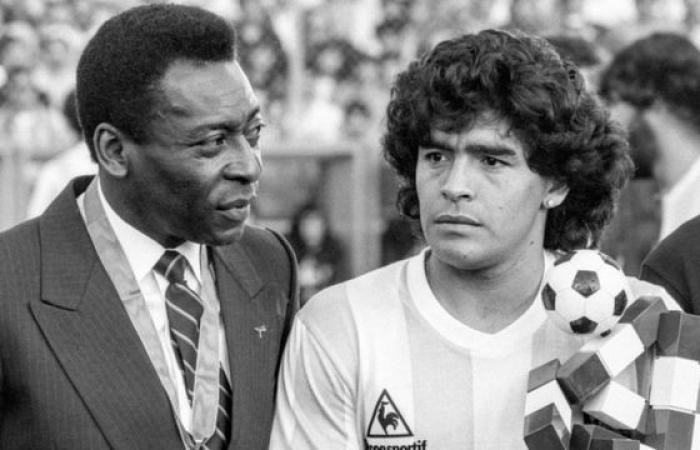 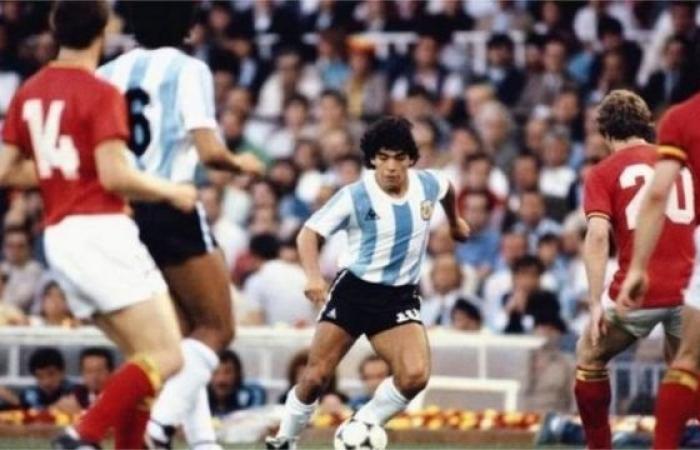 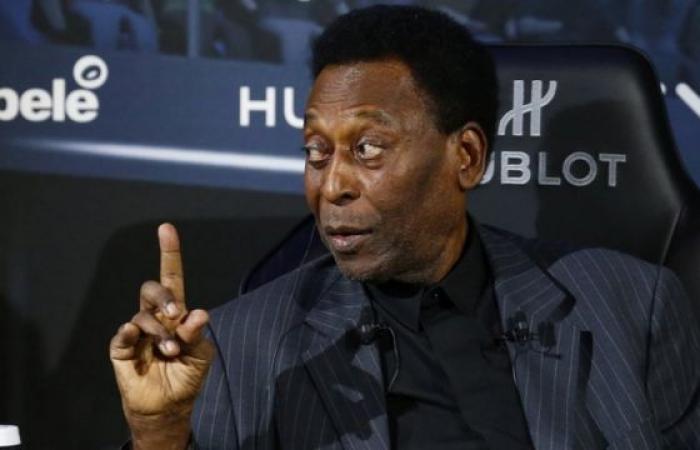 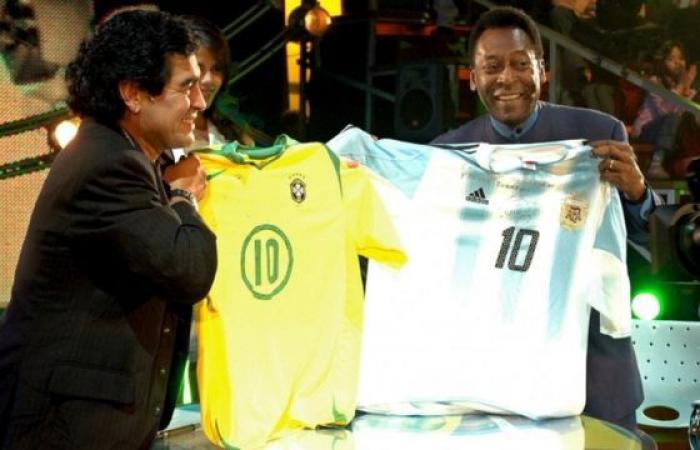 Eternalized in cheering screams, like the Argentine “Brasil, decime qué se siente” and the Brazilian “A thousand goals, only Pelé”, the rivalry between the two greatest football idols in neighboring countries spanned decades, fueled by the sports press.

Marked by exchange of barbs through the pages of newspapers, but also by declarations of mutual admiration, the relationship between the two geniuses of the ball came and went.

This Wednesday (25/11), in which Maradona died at the age of 60, affection prevailed.

“What sad news. I lost a great friend and the world lost a legend,” wrote Pelé, on his social networks. “There is still a lot to be said, but for now, may God give strength to family members. One day, I hope we can play ball together in heaven.”

Scholars of football history disagree about the origins of the rivalry between players.

“Until 1998, this rivalry did not exist. In the Argentine press, Pelé was unquestionably treated as the greatest in history and Maradona as his heir,” says Ronaldo George Helal, sociologist and professor at UERJ (State University of Rio de Janeiro), who studied the coverage of the Buenos Aires World Cup press from 1970 to 2006.

According to the researcher, the rivalry in 1982 – the year the World Cup was held in Spain and Italy won – was between Maradona and Zico.

And even in 1990, when Pelé was a columnist for Clarín during the Cup that year, the Brazilian was presented by the Argentine newspaper as “the one who was the best in the history of football”.

According to Helal, the rivalry between the players gains strength with the election by FIFA, in December 2000, of the best player of the 20th century. In the dispute, Pelé won among specialists chosen by the entity. Maradona, on the other hand, was elected by popular vote on the internet.

“Upon receiving his award, Pelé invited his rival to take the stage, but he was gone, revolted,” recalls journalist Alex Sabino, in a report by Folha de S. Paulo.

Waiting for the Messiah

For Celso Unzelte, journalist at ESPN Brasil and researcher in football history, the rivalry has much more remote origins.

“This rivalry comes from before Maradona was born”, jokes Unzelte. “When a 17-year-old black boy appears in Brazil, winning the 1958 World Cup, Argentines start to expect his messiah.”

According to the journalist, since then, whenever a skilled player appeared in Argentina, he was automatically compared to Pelé. “The vast majority were shipwrecked”, he recalls, remembering that, before Maradona, the Brazilian idol was compared with the Argentine one Di Stéfano.

“When Maradona appears, the Brazilian sports press at the time said, ‘He’s painting another one that Argentina hopes will be his Pelé’.”

Unzelte recalls that, in the 1978 World Cup, held in Argentina during the military dictatorship, Maradona was 17 years old, the same age as Pelé in 1958. But, at the time, the Argentine idol was not summoned by coach César Luis Menotti.

“And then the comparisons begin, although from a football perspective they were very different,” says Unzelte.

“Maradona was brilliant, but he had practically only his left leg. He did not head and had no other skills like Pelé. Maradona was not exactly a top scorer, he was far from a thousand goals.”

At the same time, says the journalist, there were characteristics that brought them together. “If Pelé helped change Santos’ history, Maradona, after a certain failure at Barcelona, ​​helped change Napoli’s history in Italy.”

For Helal, the main difference between the Brazilian and the Argentine is in what he calls “the affection issue”.

“The Brazilian does not admit any comparison of Pelé with anyone. Pelé was the greatest in history and period. But here there is not as much affection for Pelé as the Argentines feel for Maradona”, he evaluates.

“On the streets of Buenos Aires, Maradona is seen on newsstands, along with Che Guevara. In social science bookstores along with Jorge Luis Borges and Julio Cortázar. On the public walkway of Caminito, there is a statue of Maradona next to Perón and Avoid “, he highlights.

For the sociologist, all this indicates that Maradona is in a category of affection in Argentina that Pelé never had in Brazil. “Pelé has always been seen as very tied to power and has always been criticized a lot,” he says, citing, for example, the demands made on Brazilians for not taking a clear stand on racism.

Unzelte agrees with the assessment. “In terms of idolatry, I think Maradona is closer to Ayrton Senna. Maradona today has just entered the altar of the Argentine homeland, alongside Carlos Gardel and Evita Perón. Not here. Unfortunately for Pelé, he considers himself to be more recognized abroad than here. In Brazil, it is more contested. “

The meeting of ‘King with God‘

Both researchers recall an episode that reveals the affection that existed between the two players.

In 2005, Maradona received the Brazilian at the premiere of the program The Night of Ten, a talk show presented by the Argentine idol, announced on Argentine TV at the time as the meeting “between the King and God”. Rei was Pele.

“Then we learned that, in the 1990s, Pelé tried to bring Maradona to Santos. Something went wrong, but Pelé tried,” says Helal. “So, I believe they had a very complicated relationship at times, but then they trimmed the edges.”

Unzelte also recalls that, on that occasion, Pelé played a song on the guitar that said: “Who am I, Maradona? Who are you? You want to be me, and I want to be you.”

“I believe that the rivalry between them was much less personal, and much more between the two countries,” says the journalist.

At the end of the program, recalls the UERJ professor, the Argentine was asked who was the best: him or Pelé. To which Maradona replied: “My mom thinks it’s me, and his mom thinks it’s him.”

*The article has been translated based on the content of Source link by https://www.bbc.com/portuguese/brasil-55080916
. If there is any problem regarding the content, copyright, please leave a report below the article. We will try to process as quickly as possible to protect the rights of the author. Thank you very much!

These were the details of the news How the rivalry between Maradona and Pele was born – and... for this day. We hope that we have succeeded by giving you the full details and information. To follow all our news, you can subscribe to the alerts system or to one of our different systems to provide you with all that is new.