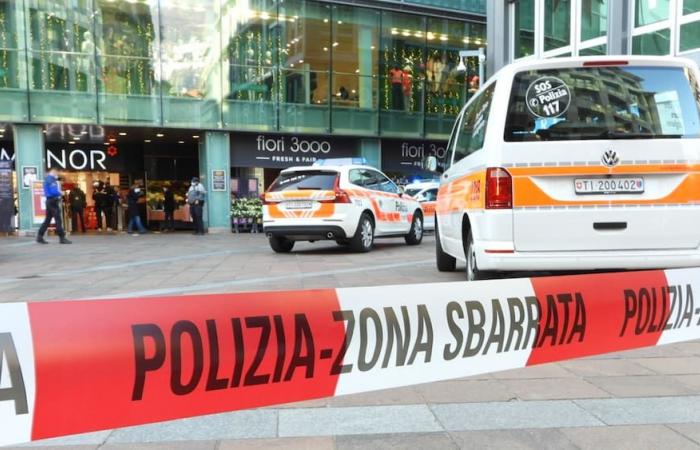 The horror is in their pale faces. People run out of the Manor branch in central Lugano. Many cannot believe what just happened on the sixth floor. It’s just before 2 p.m. Suddenly a woman attacks two others near the cash register. First the attacker chokes one of the victims, then pulls out a large knife and stabs the other woman. “I heard screams and turned around. Then I saw a woman lying on the floor in the middle of a pool of blood. It was shocking, ”an eyewitness told“ La Regione ”.

The murder weapon is a large knife

The witness is not the only one who witnessed the drama. While many customers run to the exits in panic, a couple courageously grabs the knife by the hair and holds her until the police arrive. The attacker’s hand is still clutching the murder weapon when the officers arrest the assassin.

The perpetrator may have bought the knife recently in the housewares department on the floor below. According to Ticinonline, the carnage occurred on the top floor of the department store. The police later confirmed that the perpetrator was a 28-year-old Swiss resident in Lugano.

Young woman carried out of business on stretcher

Several emergency services can reach Piazza Dante within a few minutes. The square in the heart of the old town is immediately cordoned off. Ticino media also report witnesses who observed a young woman being carried out of the manor on a stretcher and pushed into the ambulance. Both women were injured, one was badly wounded, but not life-threatening, the police said in a press release. One cannot rule out a terrorist attack, according to the Kapo, and is now working with the federal police, the city police of Lugano and other competent authorities.

*The article has been translated based on the content of Source link by https://www.blick.ch/schweiz/tessin/messerstecherei-in-der-manor-filiale-von-lugano-ti-die-frau-lag-in-einer-blutlache-id16211420.html
. If there is any problem regarding the content, copyright, please leave a report below the article. We will try to process as quickly as possible to protect the rights of the author. Thank you very much!

These were the details of the news Stabbing in the Manor of Lugano TI for this day. We hope that we have succeeded by giving you the full details and information. To follow all our news, you can subscribe to the alerts system or to one of our different systems to provide you with all that is new.