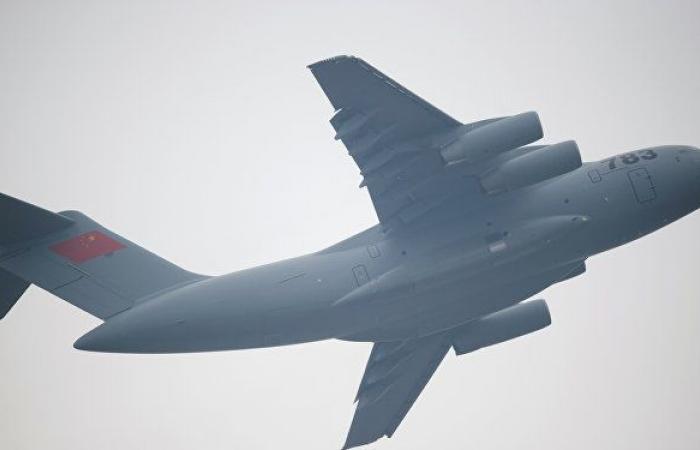 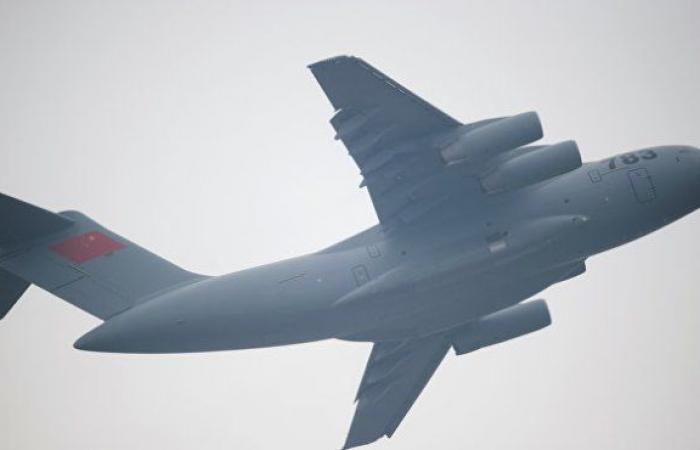 For the first time, an image of the heavy military transport aircraft Y-20B with four WS-20 engines, produced in China, appeared on social media.

The screenshot shows an experimental flight during which the new engines were tested.

The first Chinese heavy military transport aircraft Y-20 entered service in 2016 and is being produced in series. The aircraft is equipped with Russian engines D-30KP-2.

This would be the first Y-20B (?) Powered by four national WS-20 turbofan engines on its maiden flight (or at least it was spotted for the first time).

The Chinese had planned to replace them with propellants of national production, like the WS-18, however, later the WS-20 project appeared.

To develop the WS-20 engine, all available knowledge about the technologies of the North American General Electric and Pratt & Whitney, the Russian ODK-Perm Motors and the Ukrainian Motor Sich were used.

Since 2014, the WS-20 has been tested on an Il-76 aircraft. This is the first time that the image of a Y-20B plane equipped with these engines appears. It is believed that its thrust will be 12 or 14 tons, according to the Topwar portal.

*The article has been translated based on the content of Source link by https://br.sputniknews.com/defesa/2020112316484936-publicada-1-foto-do-aviao-militar-chines-y-20b-com-4-motores-ws-20/
. If there is any problem regarding the content, copyright, please leave a report below the article. We will try to process as quickly as possible to protect the rights of the author. Thank you very much!

These were the details of the news 1st PHOTO of the Chinese military aircraft Y-20B with 4 WS-20... for this day. We hope that we have succeeded by giving you the full details and information. To follow all our news, you can subscribe to the alerts system or to one of our different systems to provide you with all that is new.