Bundeswehr mission off Libya: could “Rosaline A” be stopped? 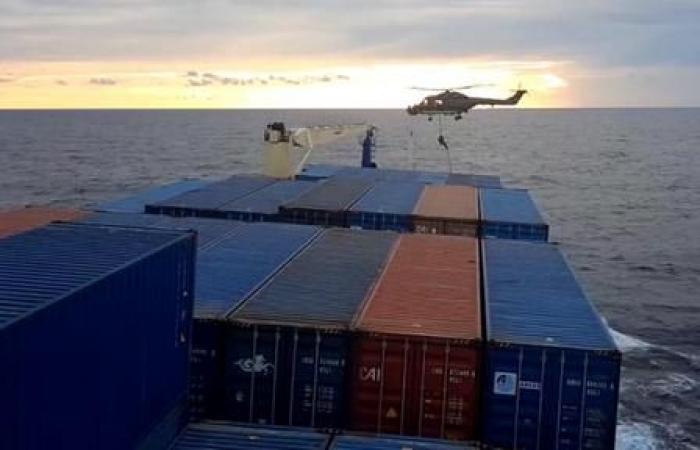 The search of a Turkish ship near Libya causes a lot of dispute between Germany and Turkey. The EU Commission agrees with Ankara’s argument.

The fact that Bundeswehr soldiers were prevented from searching a suspicious ship by Turkey has sparked severe criticism from members of the Bundestag in Berlin. In contrast, the EU Commission in Brussels is supporting the Turkish government’s approach. Countries under whose flag a suspected ship sails have the right to prevent the control, said Commission spokesman Peter Stano.

The Turkish freighter “Rosaline A” was stopped by the German frigate “Hamburg” on Sunday about 200 kilometers north of the Libyan city of Benghazi. The reason: there was suspicion that weapons were on board the Turkish ship. The Bundeswehr is tasked with preventing arms smuggling into the Libyan war zone as part of the EU IRINI mission.

A few hours after the German soldiers boarded the ship, Turkey protested. “Operation IRINI makes a request for control. And if the country responsible for the ship does not agree, control cannot be carried out,” explained Stano. The incident will then be reported to the United Nations.

Bundeswehr: Turkey knew about a search

The Bundeswehr sees the process differently. Turkey had been informed about the plans for the search, the news agency dpa quotes the operational command in Potsdam. Since Ankara had not responded for four hours, according to the rules of engagement, this was considered a tacit consent for German boarding. It is still unclear whether the Turkish ship had loaded weapons. In the Turkish state media it is said that only aid supplies are on board.

“So far, the EU has always withdrawn from me in meetings of the Defense Committee that searches against the will of the flag-wielding state are not possible.

Turkey has been helping government troops in Libya for years. Your opponent, General Khalifa Haftar, is supported by Egypt, Jordan, the United Arab Emirates and Russia. At the end of October, the conflicting parties had signed a ceasefire – compliance is considered hopeless if military equipment continues to be delivered to the North African state.

“In terms of implementing the arms embargo, it is important that searches are carried out even against the will of the flag-carrying state,” demands MEP Neumann. That must now be clarified promptly.

Question marks also arose after the scandal with the leadership of the EU operation IRINI. The line was with a Greek commander. He gave the Armed Forces the order to board. Greece and Turkey are in an ongoing conflict over gas reserves in the eastern Mediterranean, and the two governments are feuding with each other. Occupying the mission with a Greek commander could further fuel the conflict.

These were the details of the news Bundeswehr mission off Libya: could “Rosaline A” be stopped? for this day. We hope that we have succeeded by giving you the full details and information. To follow all our news, you can subscribe to the alerts system or to one of our different systems to provide you with all that is new.