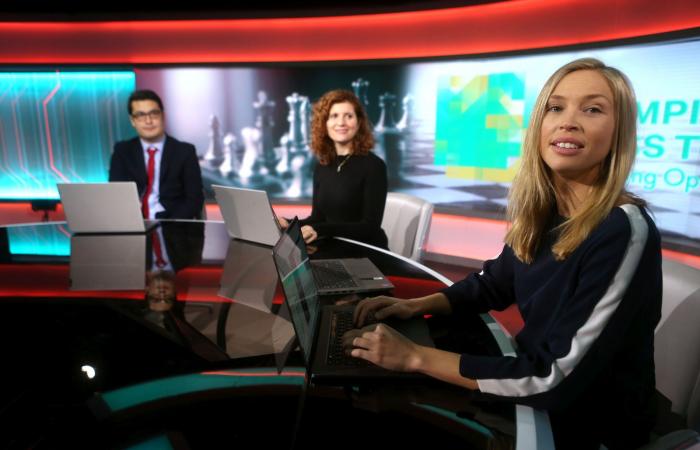 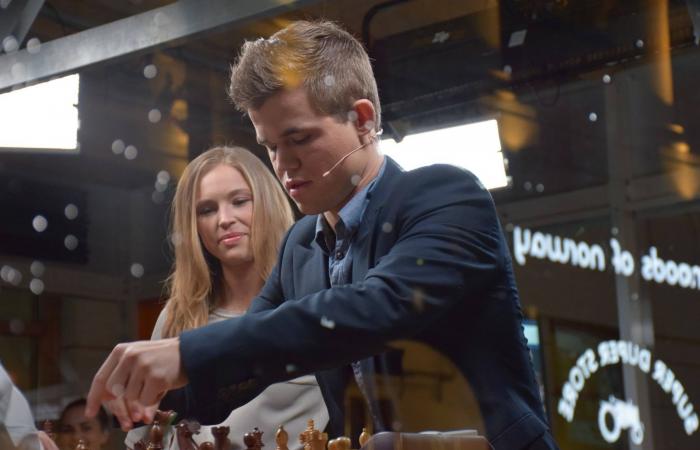 NYDALEN (VG) From a stylish studio in Nydalen, Kaja Snare (30) will be the face of the new chess tour under the auspices of the Play Magnus group.

– We are inspired by what NRK, TV 2 and VG have done with the chess sport here in Norway – and now we will bring it on to the whole world, says Kaja Snare – and firmly rejects our claim that she is the one to be the face of chess sports.

– No, it is Magnus Carlsen and the other players who will be. I have no idea about chess. But I hope that I can ask the right questions on behalf of us who do not know this, says a modest Kongsvinger woman.

The Champions Chess Tour will cover ten tournaments, all digital, and the prize pool is NOK 13-14 million. It fits perfectly in a time when all physical chess settlements are put on hold. The first move was made on Sunday. Magnus Carlsen has 3.5 out of 5 possible points and is in shared 2nd place, half a point behind Anish Giri.

– The goal is to engage people who know nothing about chess. There will be a lot of focus on the clock, on the mistakes, on the ingenious moves – and then we want people to get to know the players. We Norwegians cheer on Magnus, but we also want the Dutch to cheer on Anish Giri and the Americans on Hikaru Nakamura, says Kaja Snare.

The Play Magnus group was recently listed on the stock exchange. Now they will show their muscles with TV broadcasts on a number of platforms, of which Kaja Snare is the one who will meet “most people”.

– But we will also have the traditional grandmaster commentary on chess24.com and broadcasts in several languages. We also come to Twitch, says tournament general Arne Horvei.

* Starts with Skilling Open on Sunday.

* Consists of a total of 10 tournaments in the period November 2020-September 2021. Of these, three are “majors”, six regular tournaments and a final in September.

– The way that Magnus Carlsen and the people around him have organized is impressive. They have their own channels and operate at an international level. A lot has been done right here, says media expert Lasse Gimnes in GimCom.

The broadcasts with Kaja Snare will, among other things, be watched on Eurosport Player. Here in Norway, TV 2 and NRK have bought the rights – and broadcast every other tournament. This means that TV 2 has the first one – which started on Sunday – while NRK replaces the traditional space Christmas chess with the world championship in fast and lightning chess with the Champions Chess Tour (the World Cup has been postponed until further notice).

Magnus Carlsen won his own tournament again: – My self-confidence gets better and better every time I win

Kaja Snare has previously covered chess for both TV 2 and NRK, and you may have seen her as a handball reporter on Viasat. But really, it was completely coincidental that it was going to be chess:

– I had just started in TV 2, I was the youngest – and thus it was I who had to go to the Sinquefield Cup in St. Louis in 2014. I thought “oh, Lord God”. But then I fell head over heels for chess during two weeks there, Snare says enthusiastically.

– What did you fall for?

– The whole environment, the excitement, the interviews with the chess players, who demanded so much more from me – without saying anything wrong about football players and others.

– It can get a little dry with just us experts, so it’s good to bring in professional people, smiles Jovanka Houska, English Bergen native and female grandmaster who will assist Snare with the chess details.

– She will be the best host for a chess show ever, continues David Howell, who together with Houska constitutes the chess expertise in the broadcasts.

– It is good to be experts, but not only that. A mix is ​​fine. Kaja pulls me back to reality when I disappear into the world of chess, Howell smiles.

*The article has been translated based on the content of Source link by https://www.vg.no/sport/i/eKGkqQ/kaja-snare-blir-sjakk-verdens-ansikt-utad
. If there is any problem regarding the content, copyright, please leave a report below the article. We will try to process as quickly as possible to protect the rights of the author. Thank you very much!

These were the details of the news Kaja Snare becomes the face of the chess world – VG for this day. We hope that we have succeeded by giving you the full details and information. To follow all our news, you can subscribe to the alerts system or to one of our different systems to provide you with all that is new.