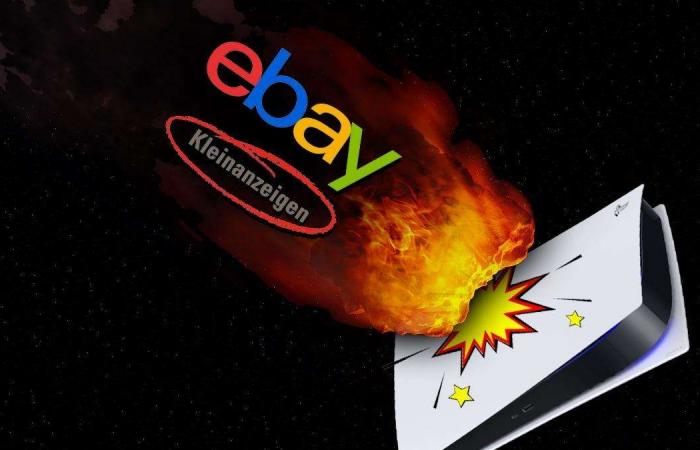 The PS5 is currently sold out in online shops. Now the black market prices of the Sony console are exploding on eBay.

Hamburg, Germany – Yesterday, November 19th, the official die finally appeared PS5 from Sony Also in Germany. Long had Fans feverishly for this moment. Due to limited contingents and the high demand, unfortunately not everyone who wanted one got one of the coveted ones Consoles. Fans who ended up empty-handed are now on the sometimes dubious secondary market of PS5 around – there will Sonys Technological wonder too horrific Prices offered: rip-off alarm!

PS5: Fans dig deep into their pockets for the new Sony console on the black market

If you yourself are not the lucky ones Fans was allowed to belong to the one PS5 to the Release the Consoles were able to dust off on November 19th, some of the unlucky ones are really all right, but still timely to one PlayStation 5 from Sony get. That can be clearly seen in the relevant Reseller Pages observe. On Ebay classifieds is currently leveling for example Resale price from 900€-1000€ for the PS5 one. That corresponds to a profit of at least 400€ for the respective seller. A completely absurd one Asking pricethat for some Fans apparently but still acceptable to put their fingers on one PS5 to get.

The consoles are currently being sold, it’s not as if they are like lead on the digital shelves. Reason for the Console drought could Reseller be who in the run-up to countless bots on the sale of the PS5, so that the actual Fans no Consoles could get hold of more at Amazon and Co. and now on the Ebay black market are instructed. Fans drives the search for one PS5 partly on the verge of madness, Ebay itself the whole thing seems rather loosely to see how the company is on Twitter proves:

PS5: Fans should rather wait for official supplies from Sony

So tempting it despite the high Prices may be: Buying one PS5 of dubious ones Resellers we can’t recommend you in any case. Because only through the brazen Reseller are Fans ever got into their predicament, none PS5 to the Release to have received. Each PlayStation 5that has only been secured to resell is one Consoles, the Fans also for regular price from 499€ and should have bought without stress. So do you buy one Consoles from the unabashed Resellers one also supports the system that is responsible for the surcharge of at least 400€ and the current chaos is in charge. It is therefore better to simply – even if it may be difficult – to the next official wave of Sony waiting. It comes for sure and it comes to Original price.

Completely misdirected specimens of our species, even sell for one, by the way Snapper price from 20€ Links – yes, you read that right – under which one supposedly still has one PS5 could buy. I don’t think we have to say that this is not done with the right things and should not be used by you. As always, the rule of thumb is: As soon as something sounds dubious, it probably is.

A much cooler promotion is the PS5 version of the London Underground. Here has Sony namely, simply hijacked the tube for 48 hours and lets travelers to new ones PlayStation stops get out.

These were the details of the news Buy PS5: Black market explodes – console at exorbitant prices on eBay for this day. We hope that we have succeeded by giving you the full details and information. To follow all our news, you can subscribe to the alerts system or to one of our different systems to provide you with all that is new.