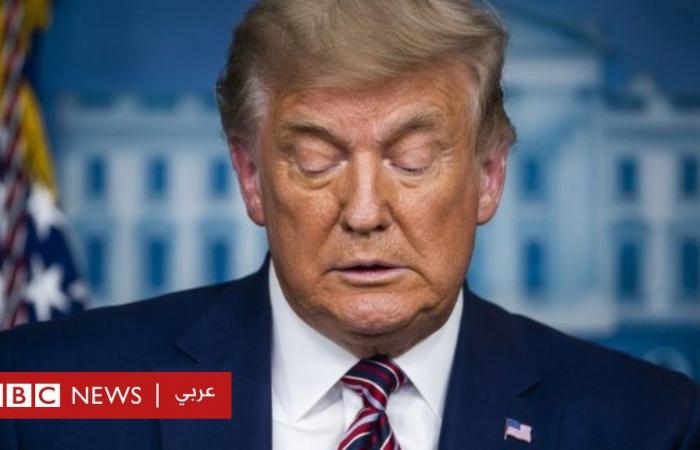 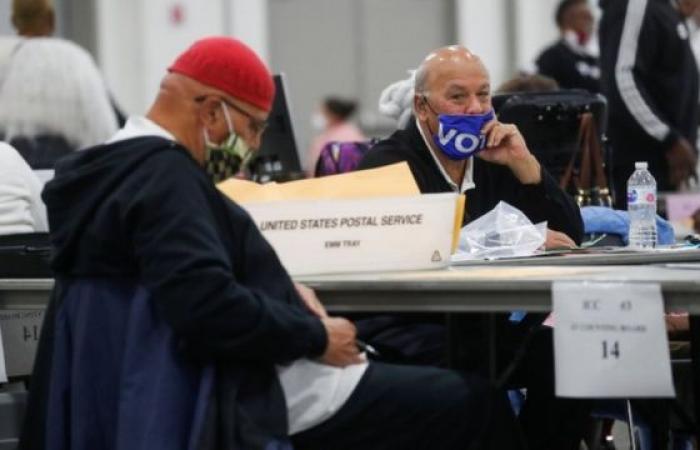 Republican officials in Michigan have asked the state electoral council to delay the certification hearing for two weeks.

They called for a review of the presidential elections in the largest county, Detroit, after President Donald Trump had challenged the results.

However, the Michigan State Department quickly objected, saying that “delays and vetting of this nature are not permitted by law.”

Democrat Joe Biden was declared the state winner after all votes were counted earlier this month.

The Michigan Electoral Council, made up of two Democrats and Republicans, is due to meet on Monday and approve the election results.

Their decision must be signed by the then Michigan Secretary of State and Governor, both of whom are Democrats, and it is unlikely that any changes will be made, without a rationale for doing so.

The State Department described the widespread fraud allegations, which were repeated by President Trump and local Republicans, as “totally unfounded.”

Trump took the unusual step by meeting members of the Republican leadership of the Michigan state legislature at the White House on Friday, reportedly pressuring them to ignore Biden’s victory in the state.

The White House said earlier that it was not a “support meeting” but simply part of the president’s regular meetings with state legislators across the country, although there have been only a few such meetings since the elections.

Two Republican lawmakers then pledged to follow a “normal course” in certifying the voting results, saying they saw no evidence that would alter the outcome.

Nevertheless, Michigan’s Republican Party called in its Saturday letter for a full audit of the vote in Wayne County, with the majority black city of Detroit leaning towards the Democrats.

The letter, signed by Republican National Committee Chair Rona McDaniel and President of the Michigan Republican Party, Laura Cox, cited allegations of “irregularities” in the county, which had not been substantiated.

The Republican president has refused to acknowledge the victory of his Democratic rival, Joe Biden, who is now the president-elect and is due to take office on January 20.

The transition process was derailed due to Trump’s rejection of the results, as Biden was unable to obtain space in his office as an elected president and did not obtain the required funding and staff to facilitate him in the position, because one of Trump’s appointees did not confirm his victory in the election.

And Twitter confirmed on Saturday that it would hand over control of the official presidential account (Potus) to Biden on January 20. Trump usually tweets from his personal account, not from the official account of the President of the United States. Twitter suggested that Trump’s access to this account can be restricted when he becomes a regular citizen again, in case he violates the site’s rules.

When Americans vote in a presidential election, they are in fact voting in a contest within their states, not nationally.

They are voting for the state electors, who will each cast one vote for the president. And these voters usually follow the will of the voters – in Michigan, for example, they should all vote for Joe Biden because he won the state’s popular vote.

States get the same number of votes as they have in the US Congress – that is, in both the House of Representatives and the Senate.

Biden’s victory is expected to have reached a total of 306, compared to 232 for Trump, well above the margin of 270 votes he needs to win. Biden leads the general popular vote for Trump by more than 5.9 million.

On Friday, Georgia dealt another blow to the Trump administration by ratifying the margins of Biden’s slim victory.

What was a mere formality during regular elections, the bipartisan endorsement of state votes, has become the latest battleground in President Trump’s attempts to maintain power over the next four years.

Can Trump Succeed? This is not impossible, but the chances are very slim. The president will have to reverse the results in multiple states, with Biden’s lead ranging from tens of thousands of votes to more than 100,000. We’re not in the year 2000, when everything was just Florida.

And many of the states that Trump’s legal team is targeting – Michigan, Wisconsin, Pennsylvania and Nevada – have Democratic governors who will not sit idly by while all of this happens.

But that does not mean that Biden supporters are not anxious. While the odds of that happening are extremely slim, Trump’s victory at this point would be such a catastrophic political event that the remote possibility of that happening is enough to give the Democrats a cold sweat.

What’s the next step for the president?

After a series of judicial defeats in its efforts to challenge the election results, Trump’s team hopes to persuade legislatures controlled by fellow Republicans in key states to ignore the outcome and declare Trump the winner, according to several US media.

Trump has also expressed interest in inviting lawmakers from Pennsylvania, another battleground Biden won, to the White House, a senior campaign official confirmed to BBC US media partner, CBS News.

But Trump has not yet included these meetings on his public weekend schedule, and counties in Pennsylvania, along with Michigan, are due to ratify their vote totals on Monday.

It is unlikely that Trump’s team will be able to overturn Michigan and Pennsylvania.

These were the details of the news US Election: Republicans in Michigan seek to delay ratification of voting... for this day. We hope that we have succeeded by giving you the full details and information. To follow all our news, you can subscribe to the alerts system or to one of our different systems to provide you with all that is new.