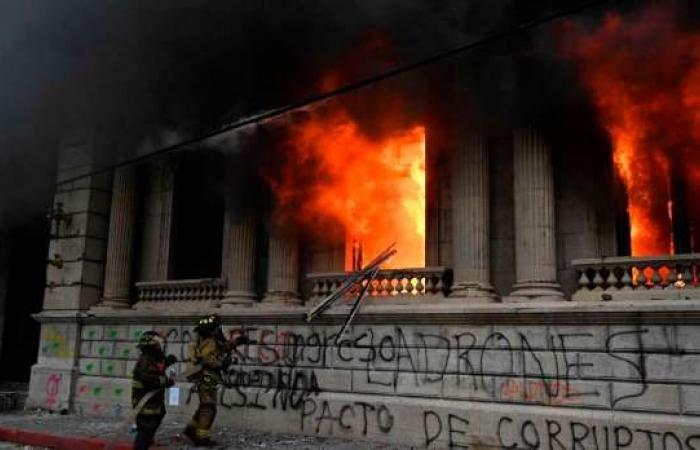 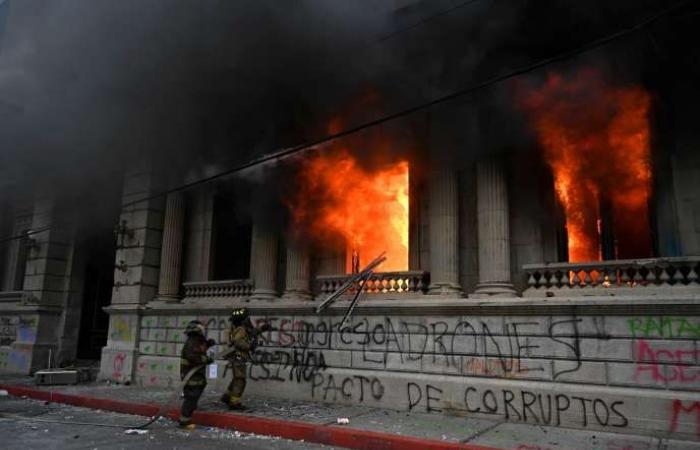 The situation degenerated in Guatemala: hundreds of people set fire to Parliament on Saturday, November 21 to protest against the 2021 budget. Gigantic flames ravaged the interior of the building, whose facade was studded with anti-government graffiti. A spokeswoman for the San Juan de Dios General Hospital announced that fourteen people were being treated for injuries and tear gas poisoning after clashes between protesters and police forces.

The group that set fire to the building acted as a peaceful demonstration took place in front of the former government palace, in the historic center of the capital and near the Congress, to demand the resignation of President Alejandro Giammattei, in power. only since January.

Showing off the country’s blue and white flags, protesters waved banners adorned with the slogans “More corruption” or “Giammattei out”. They accuse him in particular of having given his approval to the controversial budget of nearly 13 billion dollars (10.9 billion euros), the largest in the history of the country.

Article reserved for our subscribers Read also “In Guatemala, the fight against corruption leaves a foundation of justice and civic awareness that no mafia can destroy”

Unhappy Guatemalans also denounce the opacity of resources to deal with the pandemic due to the new coronavirus or the creation of a post of super-minister assigned to a young person close to the president.

On the night of Friday to Saturday, Guatemala’s vice president himself, Guillermo Castillo, had urged President Giammattei to resign with him. “For the good of the country, I asked him that we present our resignation together”, Castillo said in a message to the nation, circulated through social media and sent to reporters on the vice presidency’s WhatsApp group. Mr. Castillo again admitted that he did not have a good relationship with the head of state.

Parliament, mostly made up of members of the ruling party and allied parties, this week approved a controversial budget of 99.7 billion quetzals (10.8 billion euros). Economic entities and analysts have warned of the risk of a third of the budget being financed by debt, as proposed. In addition, most of the funds go to infrastructure managed by entrepreneurs and neglect the fight against child poverty and malnutrition, which has sparked protests.

Of the nearly 17 million inhabitants of Guatemala, more than 59% of the population lives in poverty and child malnutrition affects almost half of children under 5 years old.

Congress has approved loans of more than $ 3.8 billion (3.2 billion euros) to deal with the Covid-19 pandemic, although less than 15% of those resources have been invested.

Le Monde with AFP and Reuters

*The article has been translated based on the content of Source link by https://www.lemonde.fr/international/article/2020/11/22/guatemala-le-parlement-incendie-pour-protester-contre-le-budget-2021_6060679_3210.html
. If there is any problem regarding the content, copyright, please leave a report below the article. We will try to process as quickly as possible to protect the rights of the author. Thank you very much!

These were the details of the news In Guatemala, parliament burned down in protest against budget cuts for this day. We hope that we have succeeded by giving you the full details and information. To follow all our news, you can subscribe to the alerts system or to one of our different systems to provide you with all that is new.

PREV Myanmar junta shuts down Internet as protests spread
NEXT Officials point to security, intel failures in US Capitol riot 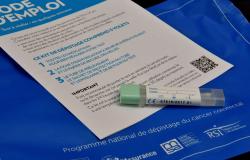 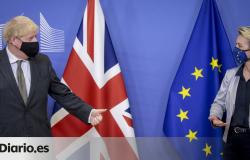 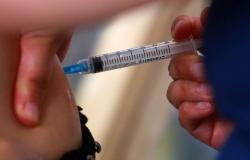 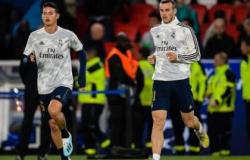