The last comment from Muhammad Ramadan on his picture with an... 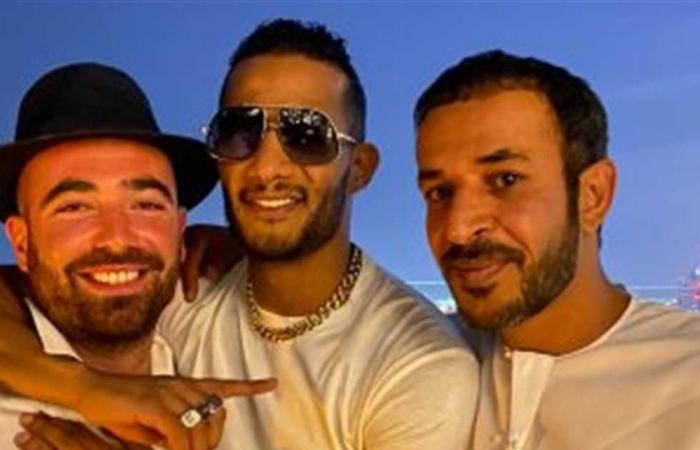 The artist, Mohamed Ramadan, published a new comment about the crisis of his picture with the Israeli singer Omir Adam in the United Arab Emirates.

Ramadan, in his Facebook account, posted a video, as he took a picture with a Palestinian youth, in which he said greetings to the Palestinian people, he said.

Ramadan commented on the video, saying: “I don’t ask about a country that is photographing, unless it is alone,” he said. In a face in which he salutes the brotherly Palestinian people !! .. Some ignoring this video confirms that the intention is not the Palestinian cause, but their real cause is the 1000th attempt to stop my success and popularity and direct the audience to boycott me. There is no benefit .. Trust in God is always success.

Ashraf Zaki, the captain of the acting professions, had commented on the incident of publishing a picture of the artist, Muhammad Ramadan, with an Israeli artist.

Zaki said, during a telephone interview with the “On My Responsibility” program on the Sada Al-Balad channel: “I contacted Ramadan by phone, and I said, I swear to God, I don’t know. The person who took the photo with him is an Israeli. ”

He continued, “I do not think that Muhammad Ramadan’s intelligence will betray him. Muhammad is not stupid because he is imagining with an Israeli,” indicating that he will officially summon Ramadan to the Syndicate and ask him to publish an official statement to clarify the truth.

On Saturday, the Israeli army spokesman, Avichai Adrai, criticized what he described as the expected “campaigns of betrayal”, after the spread of the image of the Egyptian artist Muhammad Ramadan accompanied by the Israeli singer Omer Adam, and said that it “always uses the same slogans and auctions.”

Avichai said in a tweet on Twitter: “The anticipated campaigns of betrayal after the spread of the image of the Egyptian artist # Muhammad_Ramadan accompanied by the Israeli singer # Omer_Adam always uses the same slogans and bids…

In his tweet, “Avichai” used a photo from an account attributed to journalist Ahmed Musa, but many asserted that it was “fake” and that the Israeli army spokesman used a fabricated account of “Moses” as an attempt to defend the “myth.”

These were the details of the news The last comment from Muhammad Ramadan on his picture with an... for this day. We hope that we have succeeded by giving you the full details and information. To follow all our news, you can subscribe to the alerts system or to one of our different systems to provide you with all that is new.

PREV Saudi News “Health” warns of a dangerous disease that affects more...
NEXT DeepMind develops an AI that solves a 50-year-old medical challenge